John Oliver exposes the disturbing world of Christian televangelists: “This is about the churches that exploit people’s faith for monetary gain”

The "Last Week Tonight" host resolves to do the only logical thing: launch a church of his own! 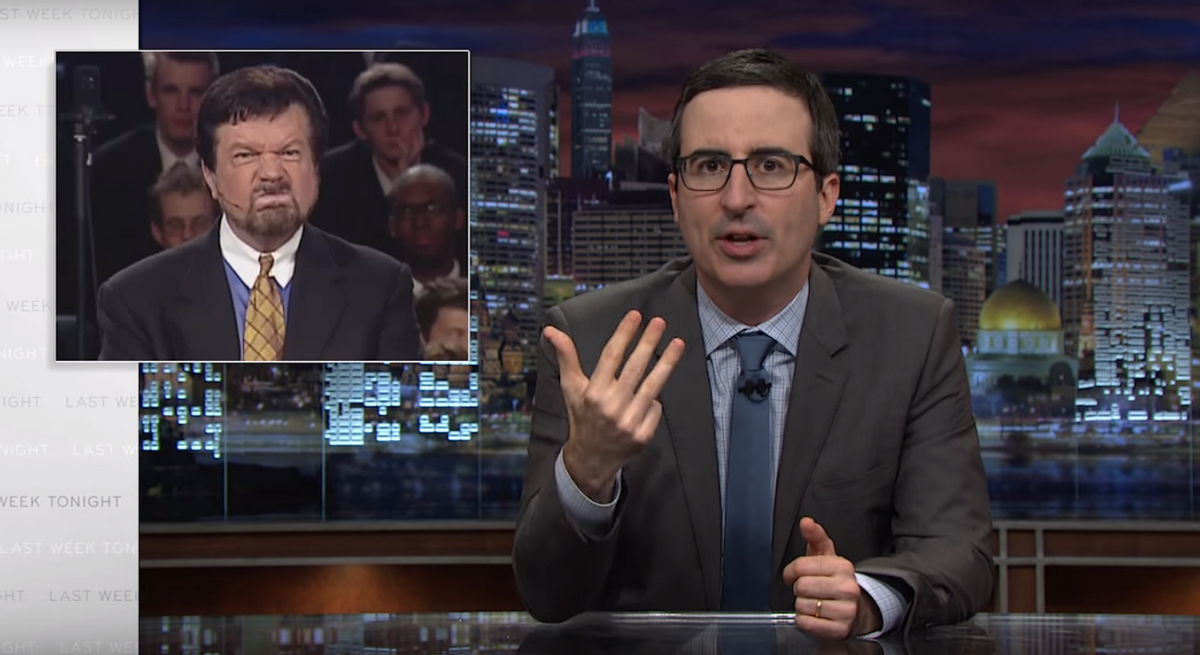 On Sunday's "Last Week Tonight," John Oliver took on the fraudulent behind-the-scenes (and occasionally, not so behind-the-scenes) practices of America's megachurches -- specifically, those that have exploited people's faith for monetary gain with the promise that "donations will result in wealth coming back to you." It's called "The Prosperity Gospel," and is built on the idea that every donation a congregant gives its pastor is a "seed" that will one day be harvested. "Wealth is a sign of God's favor," after all.

After learning of these shady practices embedded in megachurch culture, Oliver resolved to embark on a thought experiment: Why not file some paperwork and establish a church of his own ("a disturbingly easy process," Oliver said), call it "Our Lady of Perpetual Exemption" and then ask congregants to meditate on the fraudulence of megachurches?