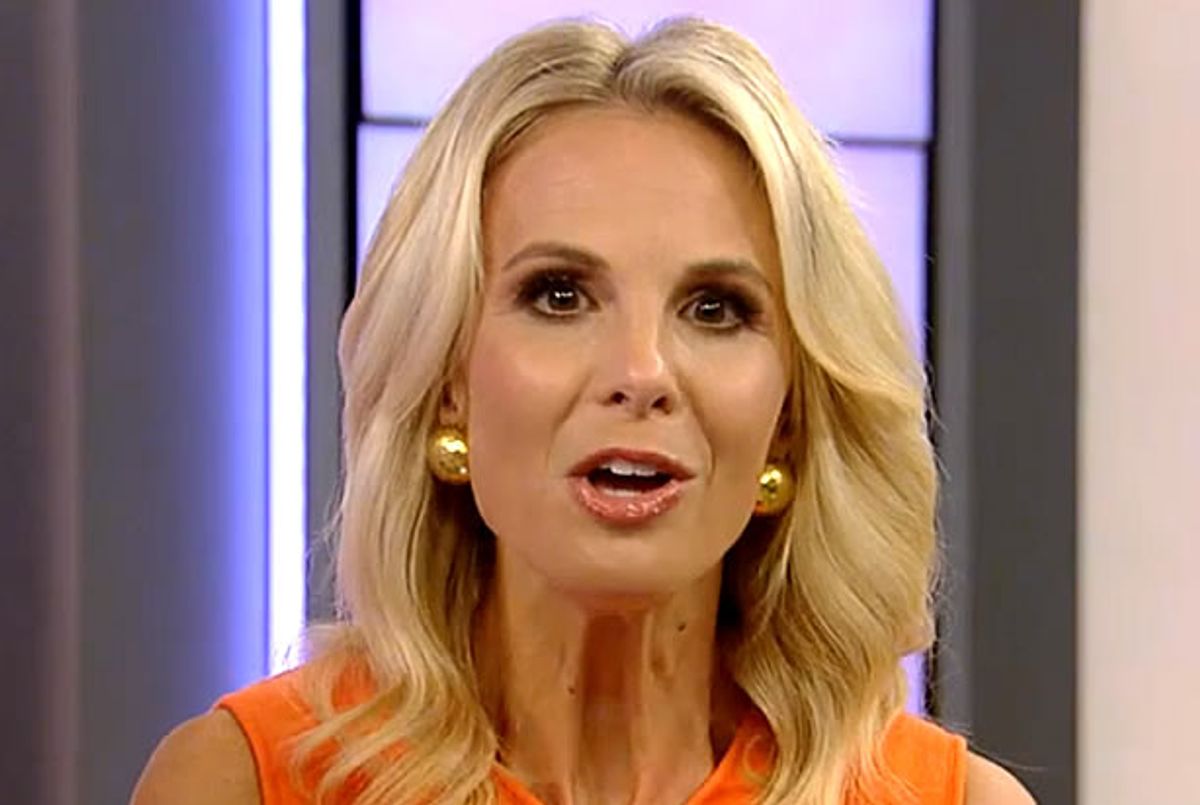 I'm not sure what's in the water cooler at "Fox & Friends" this week, but someone over there either mistakenly believes Valentine's Day is nearly upon us or, for reasons unknown, is suddenly very interested in the arts of seduction and baby-making -- and to be frank, it's beginning to creep this political reporter out.

The hosts of "Fox & Friends" are supposed to be complaining about "The War on Christmas" hilariously early, demonstrating their complete lack empathy for the transgender community, or debating whether it's even possible for women to be funny. They are not supposed be a hosting Sex Ed courses for a woman who would ban Sex Ed courses, or making excuses to show arguably half-naked women on national television. At least, I didn't think they were, and given that I watch "Fox & Friends" every single morning, I thought I had an airtight idea of what the show was supposed to be about.

On Tuesday, however, the show aired a segment about "food that puts you in the mood," in which root & bone's Jeff McInnis and Janine Booth shared a spread with Elisabeth Hasselbeck that, when paired with wine, would assist in the sexual conquest of your beloved. It included a watermelon salad with thinly shaved candy cane beets to open up the blood vessels and help your partner relax; corn on the cob slathered with cornbread butter and served with chili popcorn to help "plump and lubricate the lips"; and dark chocolate, which has properties that "up the libido."

As the presentation ended and the camera pulled away, Hasselbeck stared straight into it, pointed at the table and said, "this is how you can step up your romance, fellows." I'm not saying there's anything necessarily off-putting about the Valentine's Day-in-August promotion they're apparently doing this week -- at least, I wasn't until I remembered yesterday's adventures in baby-making segment. If I seem to be insisting that there's something special about these segments, it's only because "Fox & Friends" are doing the same.

At the end of the show, during the "Fox Flash" segment, co-host Steve Doocy crept up uncomfortably close to the camera and began to re-introduce the segment, only instead of being called "food that puts you in the mood," it was called "food that puts women in the mood." Instead of re-reading Hasselbeck's entire introduction, however, Doocy had one of the cameras turn its attention to another's cameraman, Joel, who he then forced to read the introduction while Hasselbeck gawked like a naughty child in the background. When Joel finished with his introduction, the producers proceeded to replay the entire segment for those people who missed it the first time, because mood-setting food is apparently very important to someone at Fox News at the moment. Honestly, I'm not sure what's going on here -- perhaps it's just a scheduling coincidence coupled with the juvenile temperaments of the "Fox & Friends" hosts and crew, but if I wake up tomorrow and Brian Kilmeade's learning five tantric tricks to increasing your sperm counts, I'm running for the hills.

Watch the first version of "food that puts you in the mood" here:

Watch the second version of "food that puts women in the mood" here: