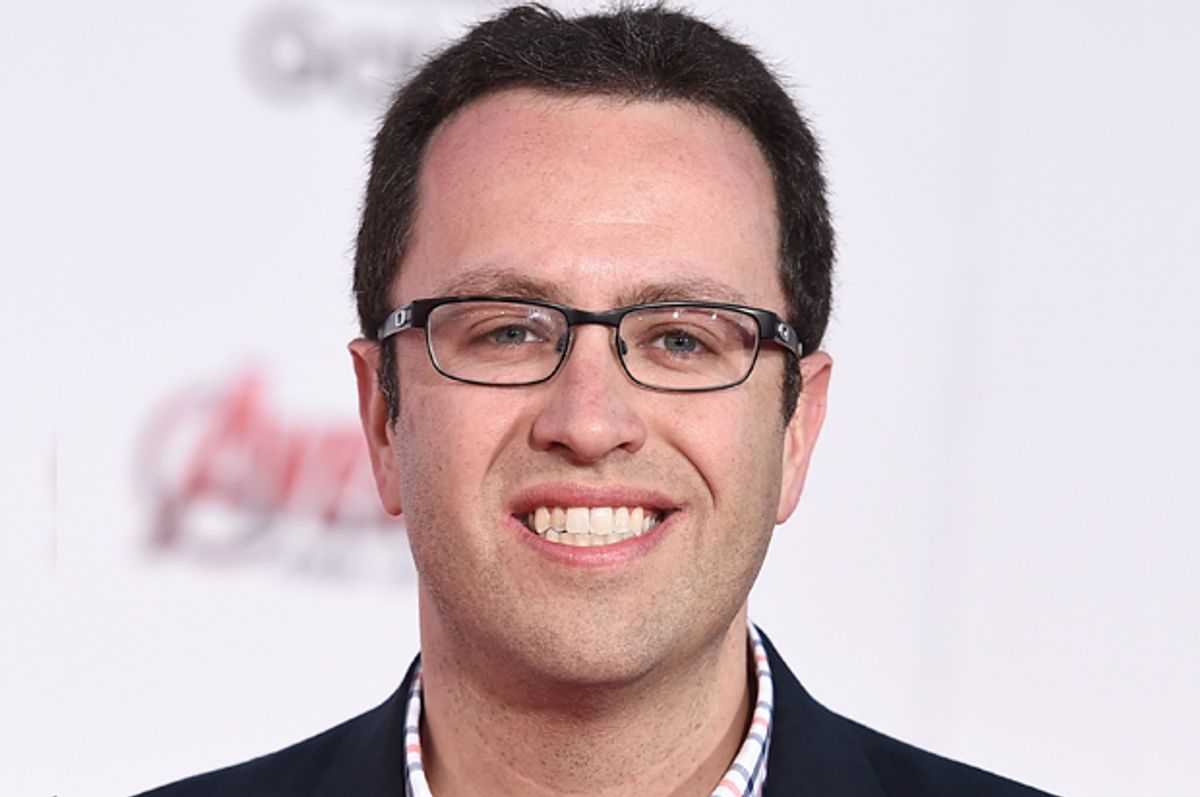 Former Subway spokesperson Jared Fogle is expected to plead guilty to charges of child pornography possession tomorrow, Fox59 in Indianapolis reports. The multi-millionaire's Zionsville home was raided last month by state and federal agents as part of the investigation, following the April arrest of Russell Taylor, the executive director of Fogle's own The Jared Foundation, on child pornography charges.

Fogle is expected to accept a plea deal on the possession charges, following the seizure of several computers and DVDs from his home during last month's raid. The U.S. Attorney's office will discuss the details at a press conference tomorrow afternoon.

Subway suspended its relationship with Fogle in the wake of the raid.

Update: The company announced today that they have severed ties with their former spokesman.