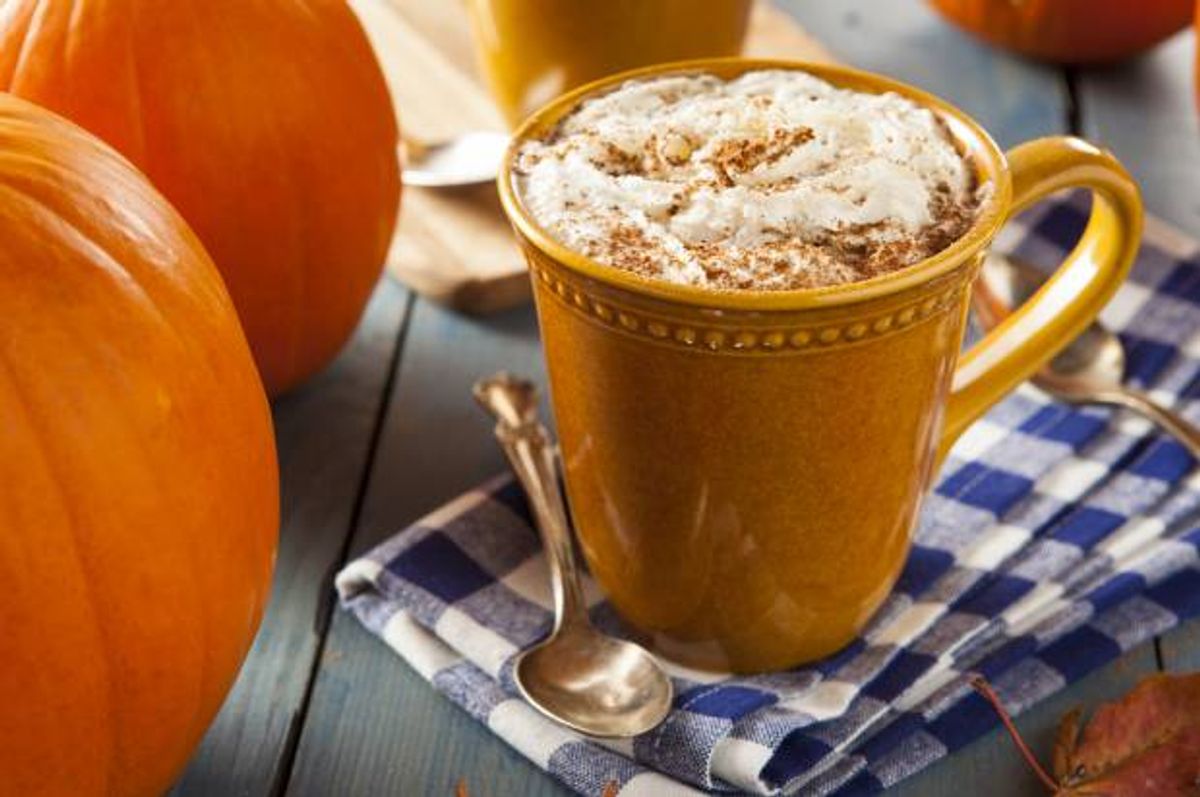 Monday afternoon, Starbucks director Peter Dukes made the big announcement that starting this autumn, the coffee chain's famed Pumpkin Spice Latte is going to be made without caramel coloring -- and that it will contain real pumpkin.

The tweaked formula comes after the "revelation," last year, that the seasonal beverage doesn't contain actual pumpkin. I put "revelation" in quotes because of course the Pumpkin Spice Latte doesn't contain real pumpkin. Because that would be disgusting. Just think about it -- this is what pumpkin pulp looks like: It's a fine vegetable, but does it really belong in a mass-produced coffee beverage? The Pumpkin Spice Latte, as Dukes wrote in a blog post announcing the change, is meant to captured the "delicious flavor of pumpkin pie that reminds you of the cool, crisp days of autumn," making use of delicious spices like cinnamon, nutmeg, cloves, allspice and ginger. We can only hope that Starbucks, despite its quest to be as real as possible, still manages to arrange it so that PSL drinkers aren't fishing strings of pumpkin flesh from between their teeth.

Critics have been quick to point out that this whole thing reeks of pandering to an ingredient-crazed consumer base, driven by influential bloggers like the Food Babe. Campaigns to remove artificial ingredients from processed foods aren't always misguided: there is some reason to believe that caramel coloring, for example, increases cancer risk, and since there's no reason it needs to be included, it's probably best left out. Where this sort of thing approaches parody, however, is when Starbucks realizes it can add real pumpkin -- a minuscule amount, judging by the ingredients list -- and therefore make its sugary, calorie-dense dessert beverage sound wholesome.

Here's the breakdown of the new formula:

Of course, there's nothing wrong with a sugar, calorie-dense dessert beverage, if that's what you're into. It just isn't anything more than that.

And Food Babe, for the record, says she still won't be consuming it. Make of that what you'd like.