The GOP's birthright citizenship test: The simple way to tell who actually wants to win the White House 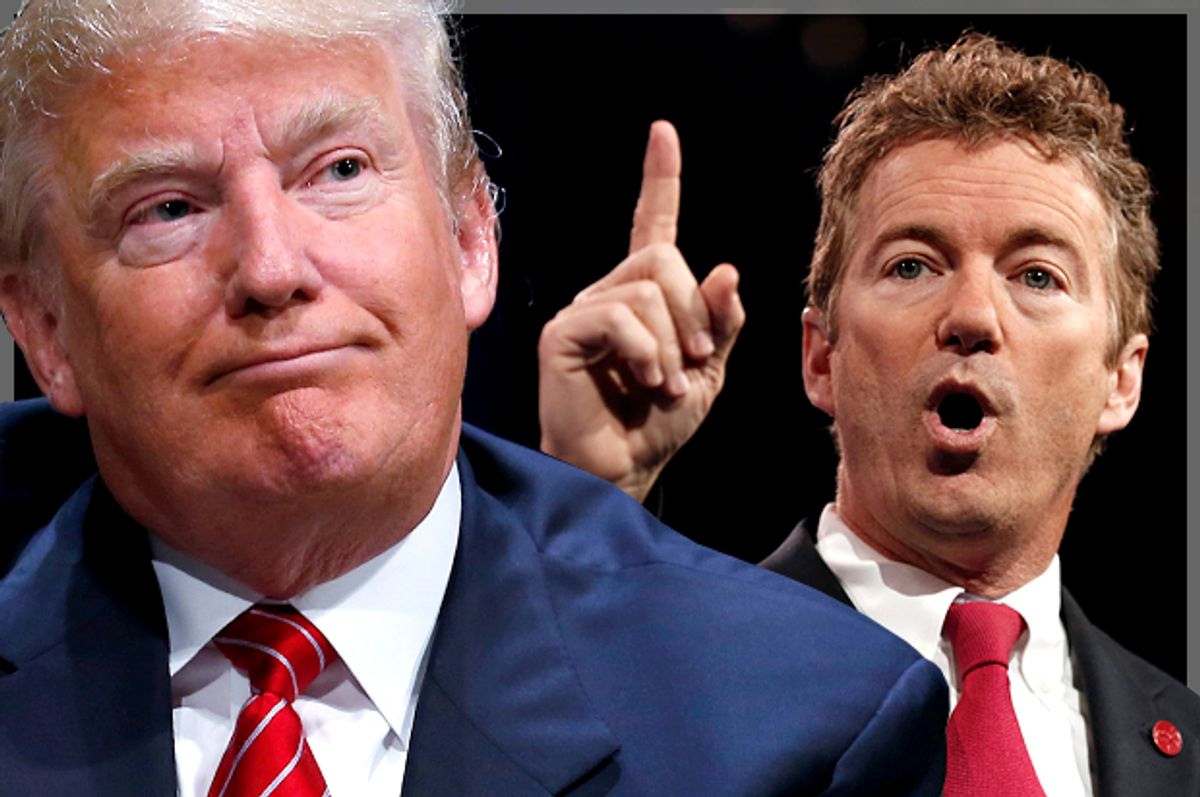 Another week, another question laden with serious primary and general election implications that gets posed to each Republican candidate. These are the best! The question this week is, Do you support ending birthright citizenship?

The man to thank for this latest round-robin is the same man we have to thank for each day of this glorious summer of politics, Donald Trump. Trump included ending birthright citizenship -- something that would require amending the 14th Amendment of the Constitution, btw -- in the six-page immigration policy "paper" that his campaign released Sunday, describing it as the "biggest magnet for illegal immigration."

This is one of those moments. The kind for which the GOP establishment and RNC chairman Reince Priebus been steeling themselves over the past several years. Here we have a policy proposal, ending birthright citizenship, that will go over sensationally with a large portion of the conservative base while... hurting... whatever distant hope the party had of pushing its share of the Hispanic and Asian American votes into the 30s.

In other words, this is a good way to break down the field: which candidates are willing to cannibalize the general election for the primary, and which are looking ahead to the electoral college map?

Candidates who apparently don't care about winning the general election

• Bobby Jindal, who will never win the Republican presidential primary, saw Donald Trump's call to amend the Constitution to end birthright citizenship and thought to himself, Hot dog, Bobby, you've got to get in on this!

(Notice the inclusion of "illegal," because Bobby Jindal is a proud United States citizen and child of green-card holding immigrants.)

• Lindsey Graham. Yes, even "Grahamnesty" wants in on the action.

"I don’t mind changing that law. I think it’s a bad practice to give citizenship based on birth. We have evidence of people buying tourist visas for the express purpose of coming over here and having a child as birth tourism. I don’t think that’s a good idea," he told CNN's Wolf Blitzer. "But that’s not going to happen until we fix a broken immigration system."

When asked about the proposal again, Graham confirmed to Blitzer that he believes children born in the U.S. to parents who are not citizens should not automatically be granted citizenship.

Expect this category to grow!

Candidates who maybe, kinda-sorta are half-interested in winning the general election

• Chris Christie, who faces the prospect of being relegated to the next kids' table debate, is going with "reexamined." As in, Oh crap, I'm on Laura Ingraham's show, I guess I'll say "let's reexamine it" and then get the hell out of here? "I think all this stuff needs to be reexamined in light of the current circumstances," he told Ingraham. "[Birthright citizenship] may have made sense at some point in our history, but right now, we need to re-look at all that.”

• Scott Walker wants points for sounding like wants to amend the Constitution to eliminate birthright citizenship without actually saying it. “We have to enforce the laws, keep people from coming here, enforce E-Verify to stop the jobs magnet, and by addressing the root problems we will end the birthright citizenship problem," his hilarious campaign said in a statement yesterday.

Candidates who are interested in winning the general election

• Marco Rubio is running the sharpest long-game election of any candidate in the field, and here's further proof of that:

"I don't agree with that," the Florida senator told reporters on at the Iowa State Fair when asked about Trump's opposition to birthright citizenship. "I'm open to doing things that prevent people who deliberately come to the U.S. for purposes of taking advantage of the 14th Amendment, but I'm not in favor of repealing it."

• And of course Jeb Bush's wouldn't change it because Jeb Bush is a notorious immigrant-coddler.

Revoking birthright citizenship would require a change to the Constitution, he noted. That's a lengthy process, so in the meantime, "There needs to be real efforts to deal with the abuse of these factories where people come in and have children to gain the citizenship for the children. But this is in the Constitution. The argument that it's not I don't think is the right view."

• John Kasich supported ending birthright citizenship while he was in Congress but now no longer does, because he would like to win the general election.

"When I think about it, I don't believe it should be a fundamental part of this whole thing because I think it remains dividing to people, to be honest with you," Kasich said when asked about the change.

This is much like the aftermath of the Supreme Court decision recognizing a nationwide right to same-sex marriage. As we wrote then, the likely position of the party's nominee would be to move beyond constitutional amendments banning SSM towards protecting religious liberties. And it is unlikely, in this case, that the Republican presidential nominee will run around calling for an end to birthright citizenship. Consult lists like these to see who's actually interested in winning the White House.