Donald Trump gloats about beating Fox News: "We were at war ... but it's all fine now"

In Trumpiest interview yet, the self-described "very elegant, highly refined person" sounds off on his campaign 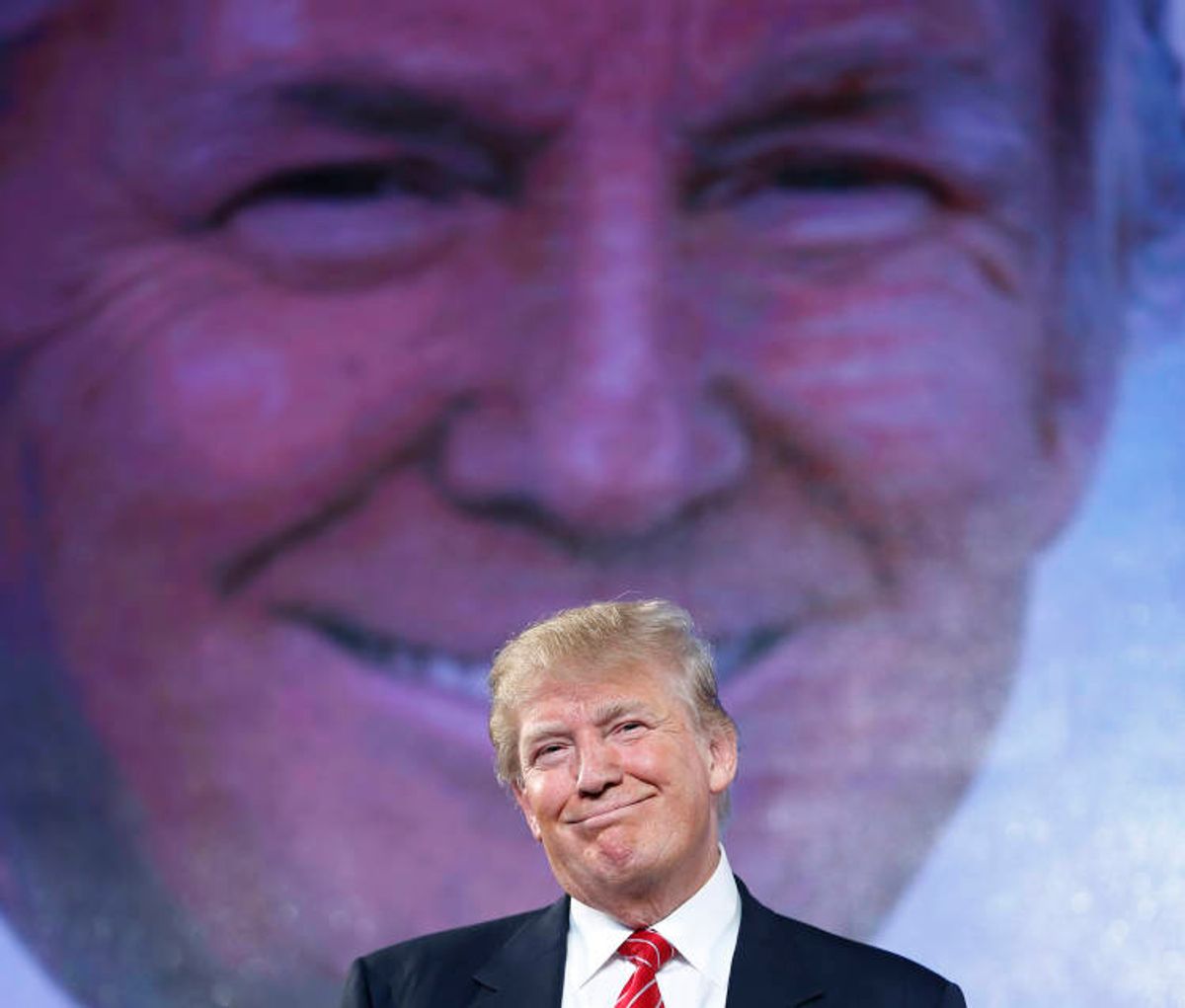 In his first magazine cover since announcing his unlikely presidential bid, former "Celebrity Apprentice" host Donald Trump turned to The Hollywood Reporter for a lengthy interview in which he revealed his thoughts on political rivals Jeb Bush and Hillary Clinton (little puppets), conservative Matt Drudge (political legend) and claimed he "was offered $5 million last week by a lobbyist to put in the campaign" but politely declined.

The current GOP frontrunner often speaks fondly of Ronald Reagan and described him as "a wonderful father for the country " during the interview but made clear that although he has a bust of the former president in his office, he doesn't consider the conservative icon his political model, citing his disapproval of Reagan's support for NAFTA.

Trump again displayed his flare to buck conservative orthodoxy with his response to the passage of nationwide marriage equality, dismissing his Republican rivals who've staked out extreme positions in opposition to the landmark Supreme Court decision. "Anybody that's making that an issue is doing it for political reasons. The Supreme Court ruled on it," Trump stated, matter-of-factly.

When asked about his thoughts on being a cable news ratings bonanza, the ever-modest Trump did not hold back.

"They should all pay me for this. I'm doing this for nothing," he demanded, being sure to note that MSNBC "is doing better because they're covering me all the time." Trump's also claimed that CNN head, Jeff Zucker, has approached him about doing a documentary for the cable network. And Trump predicted even more media attention because, as he claimed, he was planning to tone down his act a bit but not too much so as to lose the spotlight:

"Fox has not been nice to me, in my opinion. Not just at the debate. You see some of these pundits get on, and they don't know what they're talking about. They've been predicting my doom for a year," Trump argued, referencing the much hyped feud between the conservative media giant and the one time contributor. Trump expounded on his fluid relationships with Fox News head Roger Ailes and News Corp CEO Rupert Murdoch:

We were at war because I felt that [Kelly's debate question about women] was unfair, and I let him know it. But it's all fine now. They were tough questions, and I thought inappropriate, but Roger didn't, and I'll go with Roger.
[...]
I don’t understand it, just like I don’t understand how Roger [Ailes] could have allowed that first [debate] question to be asked.
[...]
"He had some very evil tweets, and now they’ve been nice lately," says Trump of Rupert Murdoch. "I think he views me not as a politician but as a great businessman."