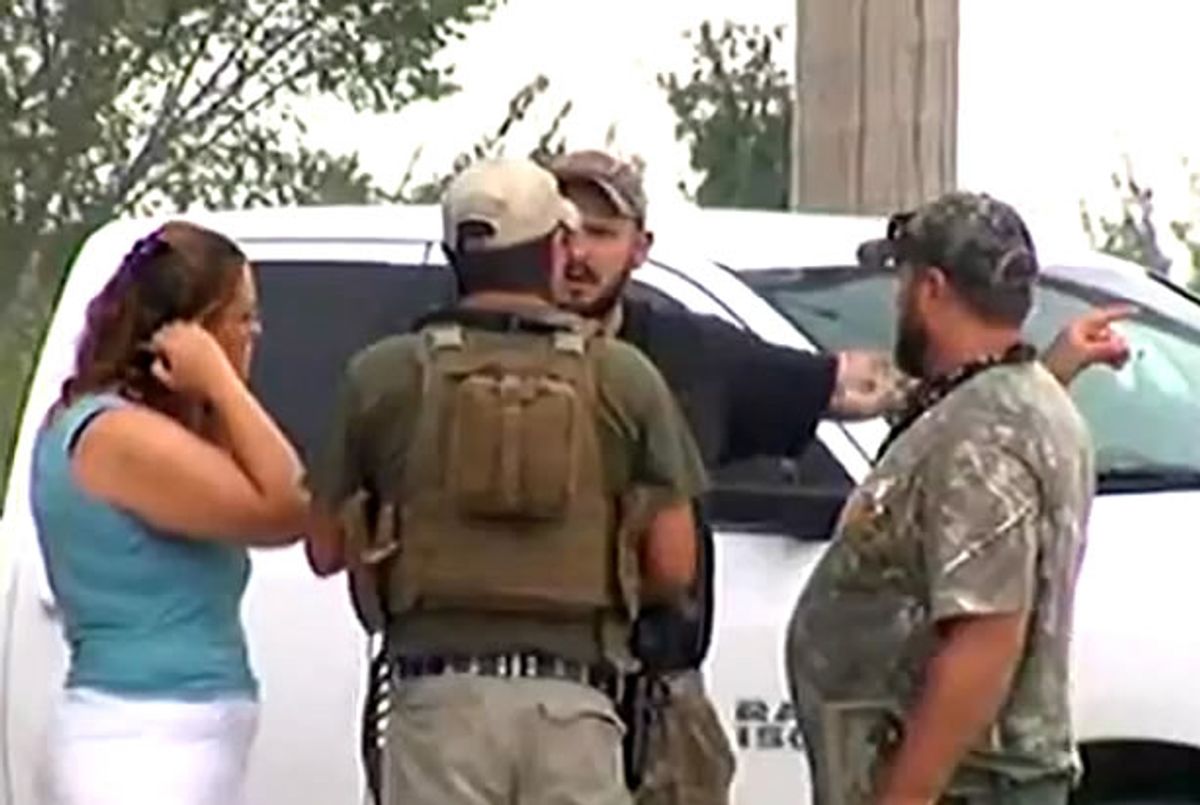 The man, whose name was not released, belonged to a group that volunteered to stand guard outside of Save Yourself Survival and Tactical Gear after the store's owner received death threats for installing a sign denying Muslims the right to patronize his establishment.

Muskogee County Sheriff Charles Pearson evinced no surprise about the accidental shooting, saying that he "saw several of those gentlemen out there yesterday. The way they were holding their weapons, with the fingers on the triggers, you can tell a couple of these gentlemen have no idea about weapons safety. It’s like the Clampetts have come to town."

One of "the Clampetts" -- a reference to the iconic family from "The Beverly Hillbillies" -- told Muskogree Now's Leif Wright that he would only identify himself as "Eagle One," and that the reporter shouldn't follow in the sheriff's footsteps and "paint us as ignorant hillbillies."

"We just believe in people's constitutional rights, and we're here to make sure they get them," he said adding that he had nothing against Muslims. "I am a combat veteran, I will fight to the death for someone's right to practice whatever religion they want to. I'm not here because of that. I'm here because when people start resorting to violence, we can't allow that."

Nicole Mayhorn, one of the store's owners, posted on Facebook that the person who accidentally shot himself "was a close personal friend of ours," a "very sweet and dear friend who we consider to be like family," and that he "came over today to help fix a door in my office and as he bent over his weapon fell from a malfunctioning chest holster and went off when it hit the floor."

Watch a report on the incident via KOKI-TV below.