"Jared from Subway" may be headed to prison, but his infamous pants remain free in promos for a disturbing "Subway Kids" app 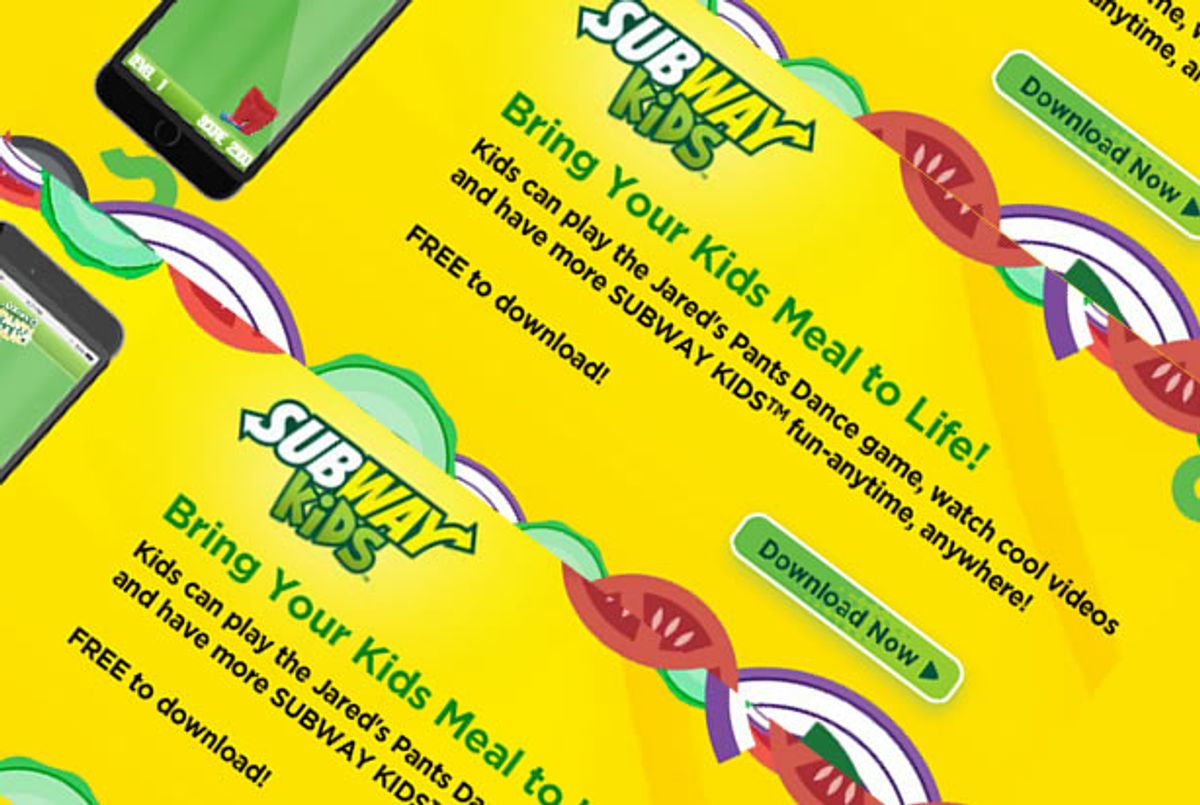 Promotions for a game called "Jared's Pants Dance" still exist on the Subway Kids app site even though the company's former pitchman, Jared Fogle, pleaded guilty Wednesday morning on charges related to having paid for sex with minors and possessing child pornography.

Fogle became the face of Subway after losing over 200 lbs. in college on a diet predicated on the chain's signature subs. For the past 15 years, "Jared from Subway" represented the company as it tripled the number of franchises and became the world's largest chain restaurant. However, the company severed ties with Fogle in July after authorities searched his home for what, at the time, was thought to be items related to the possession of child pornography.

The former spokesman is accused not only of having rendezvous with girls as young as 17-years-old, but sending them texts "soliciting them to provide him with access to minors as young as 14 to 15 years." In these text messages, he "stated that he would accept a 16-year-old girl, while stating that the younger the girl, the better."

While Fogle will spend at least 5 years in prison and pay over $1.4 million to the underage girls with whom he paid to have sex, his infamous pants still roam free in a promotion for the Subway Kids app. Ben Berkowitz first noticed that promotional material for game, in which children are encouraged to place "healthy" meals like subs in Jared's pants and avoid items like candy and soda, has yet to be removed from the site in the month since the company cut ties.