Mike Huckabee: Martin Luther King, Jr. would have been "appalled" by #BlackLivesMatter movement

Racism is "a sin problem, not a skin problem" the former Arkansas governor and Fox News host said 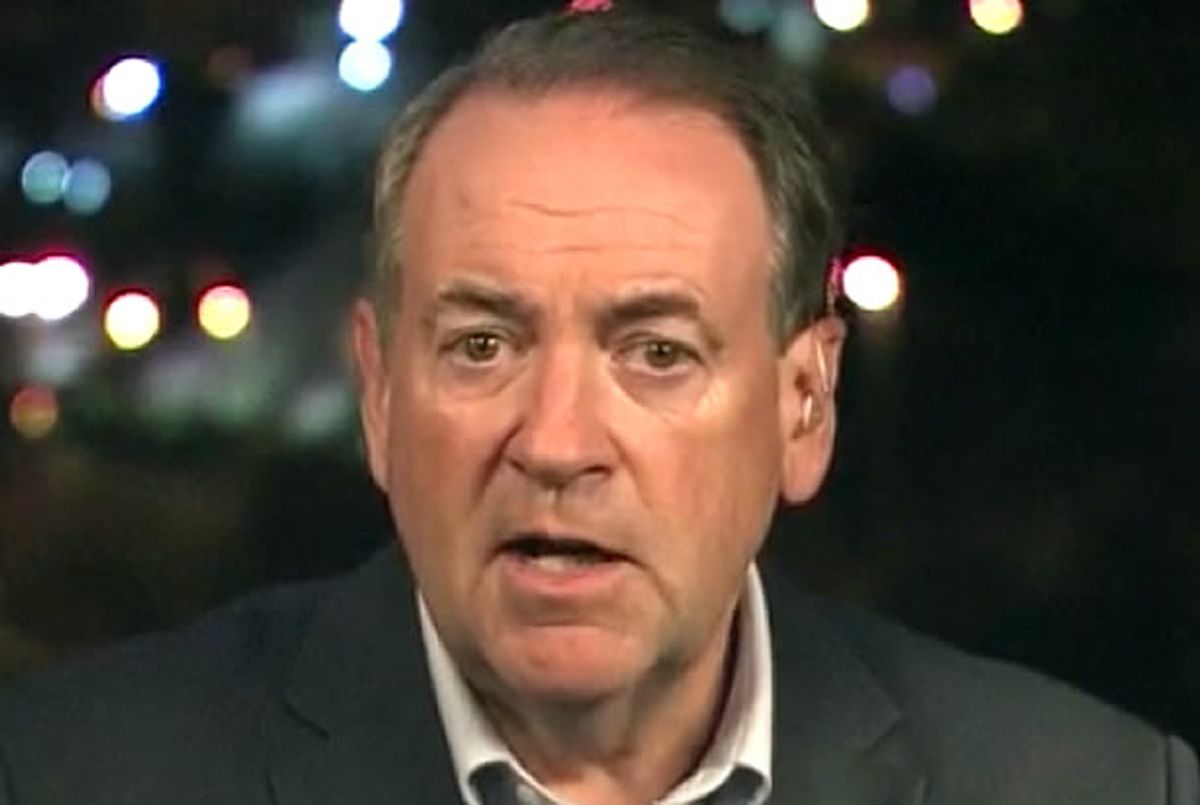 Former Arkansas Governor Mike Huckabee, speaking on behalf of slain civil rights leader Martin Luther King, Jr., said the reverend would have been "appalled" by the #BlackLivesMatter movement because he recognized that racism was "a sin problem, not a skin problem."

Huckabee told CNN's Wolf Blitzer that what bothers him about the movement is its focus on ethnicity. "When I hear people scream, 'black lives matter,' I think, 'of course they do, but all lives matter.'"

"It's not that any life matters more than another," he continued, echoing the very sentiment that members of the #BlackLivesMatter insist entirely misses the point.

But Huckabee didn't let that stop him, saying that "all lives matter" is "the whole message that Dr. King tried to present, and I think he'd be appalled by the notion that we're elevating some lives above others." He did not, however, speculate about how King would have felt about the summary devaluation of black lives in the wake of the Civil Rights movement, choosing instead to discuss his own difficulties as an equal rights "warrior."

In this, Huckabee is emulating Nobel Prize-winning author William Faulkner, who famously told the NAACP to "go slow, now. Stop now for a time, a moment...You have shown the Southerner what you can do and what you will do if necessary; give him a space in which to get his breath and assimilate that knowledge."

The #BlackLivesMatter movement could take a page from Thurgood Marshall's response to Faulkner and the Southerners on whose behalf he spoke, that when they say "go slow," "they don't mean 'go slow.' They mean don't go." Or as James Baldwin put it in "Faulkner and Desegregation," "there is never a time in the future when we will work out our salvation. The challenge is in the moment, the time is always now."