"What's wrong with slavery?" he asked on a recent radio program 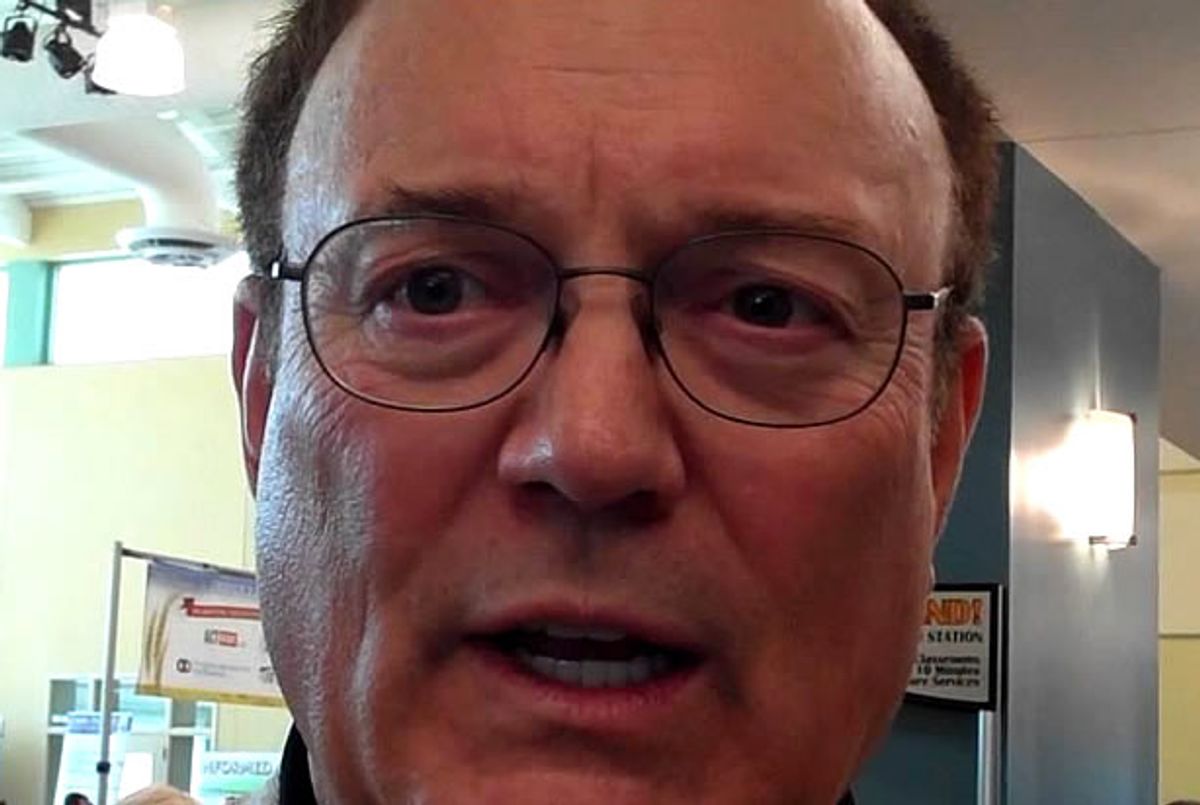 As if the GOP's decision to start seriously debating how to undermine the 14th Amendment weren't bad enough, earlier this week an influential conservative Iowa radio host Jan Mickelson debuted a brilliant idea for how to deal with undocumented immigrants -- reinstitute slavery.

On his August 17th program, Mickelson proposed putting up signs all over Iowa saying that "as of this date, 30 to 60 days from now, anyone who is in the state of Iowa who is not here legally and who cannot demonstrate their legal status to the satisfaction of the local and state authorities here in the State of Iowa, become[s] property of the State of Iowa."

"We have a job for you," he speculated telling the newly enslaved people of Iowa, before shifting to the practical benefits of slavery. "We start using compelled labor, the people who are here illegally would therefore be owned by the state and become an asset of the state rather than a liability and we start inventing jobs for them to do."

If the Mexican government won't pay to build Donald Trump's "big, beautiful, powerful wall," we will "'invite' the illegal Mexicans and illegals aliens to build it. You show up without an invitation? You get to be a construction worker!"

"If you have come across the border illegally, again give them another 60-day guideline, you need to go home and leave this jurisdiction, and if you don't you become property of the United States, and guess what?" Mickelson asked. "You will be building a wall. We will compel your labor. You would belong to these United States. You show up without an invitation, you get to be an asset."

When a caller later pointed out the obvious -- that this "sounds an awful lot like slavery" -- Mickelson replied by asking "What's wrong with slavery?" He proceeded to claim that the real slaves were the taxpayers on whose largesse undocumented immigrants allegedly depend.

"We allow millions of people to come into the country, who aren't here legally, and people who are here are indentured to those people to pay their bills, their education of their kids, pay for their food, their food stamps, their medical bills, in some cases even subsidize their housing, and somehow the people who own the country, who pay the bills, pay the taxes, they get indentured to the new people who are not even supposed to be here," he said. "Isn't that a lot like slavery?"

Listen to the entire conversation below via Media Matters for America.