"Star Wars: Force Awakens" poster artist: "It is far and away probably going to be the best 'Star Wars' you’ve ever seen" 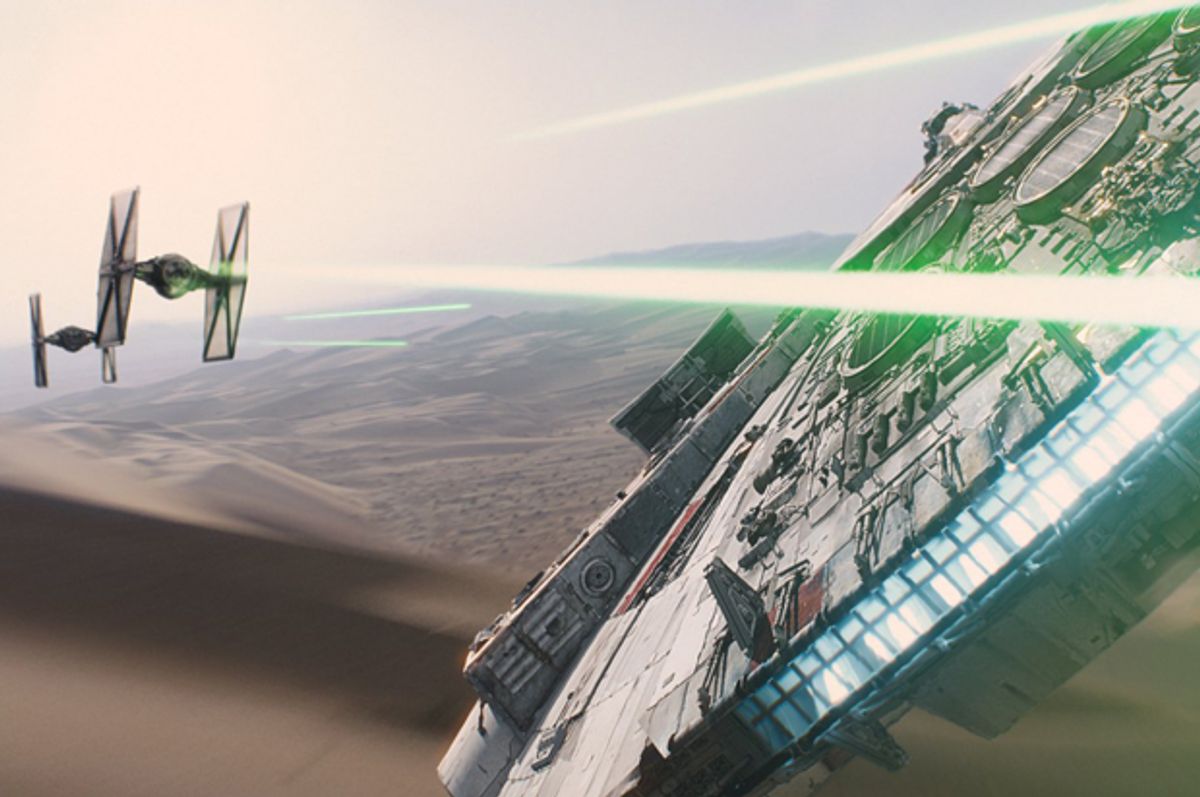 As if you weren’t already excited enough for "Star Wars: The Force Awakens,” a source close to the project has confirmed our suspicions that J.J. Abrams has an intergalactic success on his hands.

In fact, according to poster artist Drew Struzan, who drew poster art for the previous films, “The Force Awakens” might just be the greatest franchise installment yet. “I got to read the script and subsequently I’ve seen half of [The Force Awakens], and I can tell you and the fans this, honest to god, it is far and away probably going to be the best Star Wars you’ve ever seen,” said Struzan in an interview with Australia’s Movie Weekly.

Struzan also gave an insight into how he got the gig, explaining that J.J. Abrams called him up sounding "like a fanboy” and asked him if he would do the poster art. “We were talking along and he just goes ‘…Well, would you?’ and I said ‘…If I was asked.’ And that was the conversation. By the end of it, there were no other words,” Struzan explained. "So about a year later, we get together and meet and he says we’re using all the original people - John Williams, Kasdan, Harrison Ford’s in it, everybody’s in it and everybody’s writing and making the music and we have to have your art to make it the real thing. So, of course, I’ve got to do it for George and I’ve got to do it for 'Star Wars.'"