Dr. Dre apologizes "to the women I’ve hurt. I deeply regret what I did"

The N.W.A. founder issued a statement to the New York Times about past acts of violence 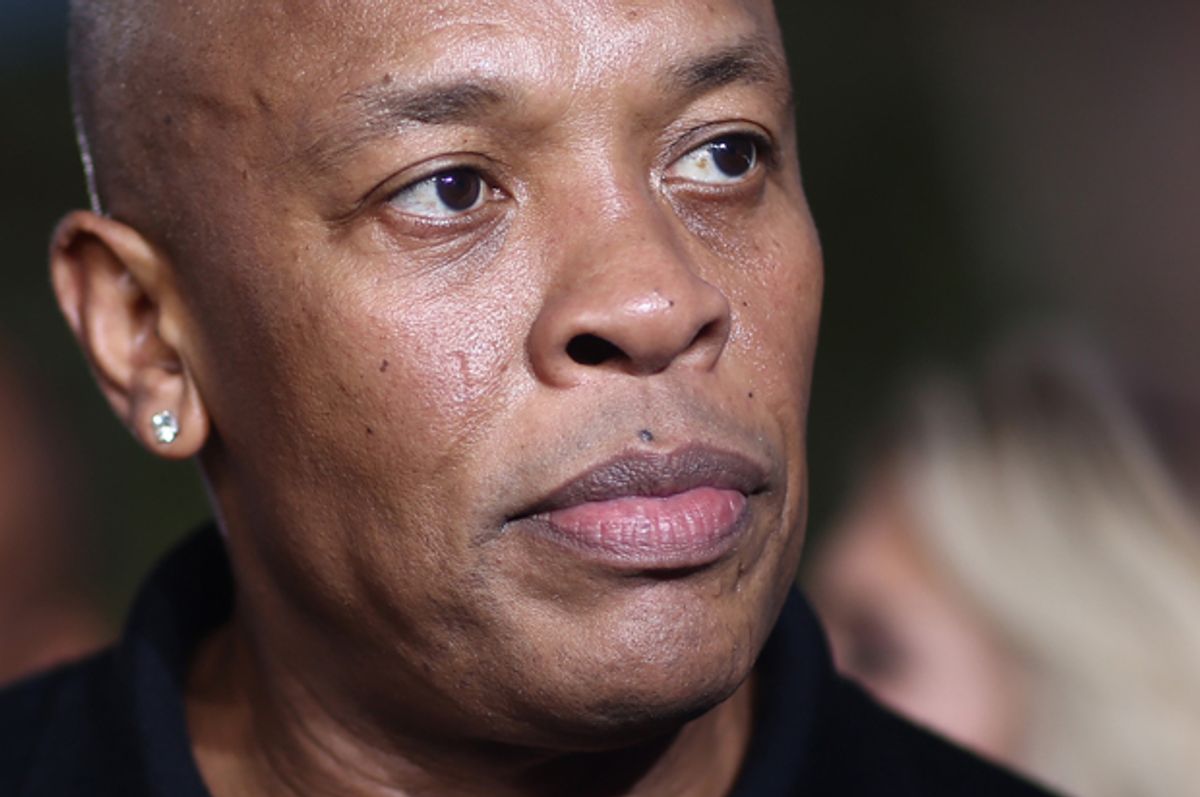 N.W.A. founder and music mogul Dr. Dre responded to renewed criticisms of his past treatment of women in the wake of the success of the N.W.A. biopic "Straight Outta Compton" in a statement to the New York Times published today. Dr. Dre didn't name the women who have come forward to speak about abuse at his hands — journalist Dee Barnes, a singer and Dre's former girlfriend Michel'le and rapper Tairrie B — instead issuing a blanket apology to "the women I've hurt."

“Twenty-five years ago I was a young man drinking too much and in over my head with no real structure in my life. However, none of this is an excuse for what I did. I’ve been married for 19 years and every day I’m working to be a better man for my family, seeking guidance along the way. I’m doing everything I can so I never resemble that man again.”

He added, "I deeply regret what I did and know that it has forever impacted all of our lives.”

Dre's statement comes on the heels of a powerful essay by Barnes, published Tuesday in Gawker, in which the former host of "Pump It Up!" addressed how she felt about being written out of "Straight Outta Compton." Barnes detailed her close relationship with the rising hip hop stars she covered for her TV show and the night that Dre “straddled me and beat me mercilessly on the floor of the women’s restroom at the Po Na Na Souk nightclub in 1991" after her show aired a controversial interview with his former N.W.A. mate Ice Cube. Michel'le gave an interview earlier this week as well in which she addressed her own absence from the biopic, saying "I was just a quiet girlfriend who got beat on and told to sit down and shut up." N.W.A. labelmate Tairrie B, who is writing a memoir, says Dre "punched me in the eye" over a diss track she recorded in 1990. "And when I didn’t go down, he punched me in the mouth,” she told LA Weekly.

Dre now works as a consultant for Apple, which bought his Beats Music service and Beats Electronics, which makes Beats by Dre headphones, last year for $3 billion. The company also issued a statement to the Times: "Dre has apologized for the mistakes he’s made in the past and he’s said that he’s not the same person that he was 25 years ago. We believe his sincerity and after working with him for a year and a half, we have every reason to believe that he has changed."