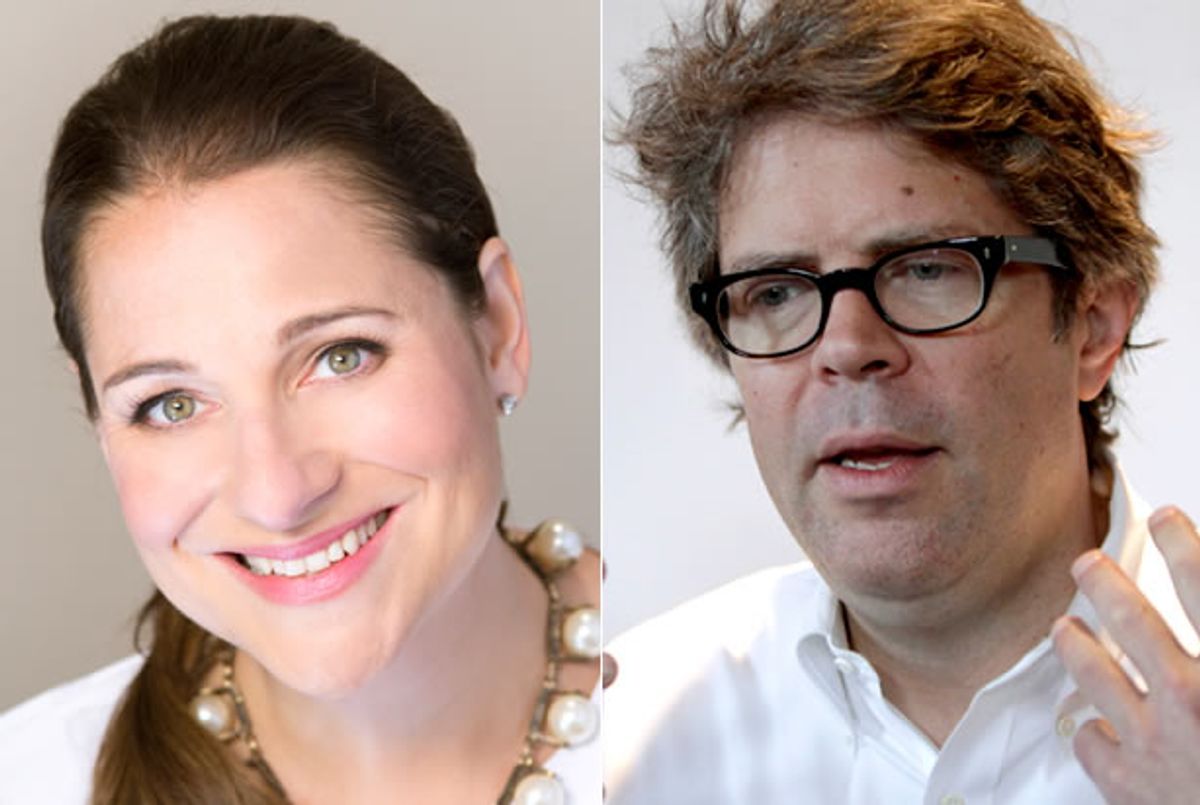 Writers Jennifer Weiner and Jonathan Franzen have had a longstanding rivalry, dating back to when Weiner coined the term “Franzenfreude” to summarize her frustration with the endless critical praise showered on middle-aged white novelists (particularly those contributing to our current "plague of literary Jonathans," as Franzen himself wryly dubbed it) while novels by women and reams of female-centric genre fiction are ignored.

Since then, the pair have often duked it out in interviews and social media, with Franzen’s tone-deaf remarks helping to fuel criticisms that he is, if not a full-fledged misogynist, at very least painfully out of touch.

In a new Guardian interview, Franzen addresses some of these criticisms, proclaiming “I’m not a sexist” and whining that he gets criticized "because a villain is needed. It’s like there’s no way to make myself not male." Weiner, of course, was quick to pounce on his remarks, refuting him point by point in a lengthy Twitter essay. You can read Franzen’s comments here, while Weiner’s response is embedded below.