Rachel Maddow explains why Donald Trump is a gift from God: "God bless you, you made it so easy"

Maddow said that before Trump, she was "painting houses with a nail brush." Now, she's been given a power sprayer 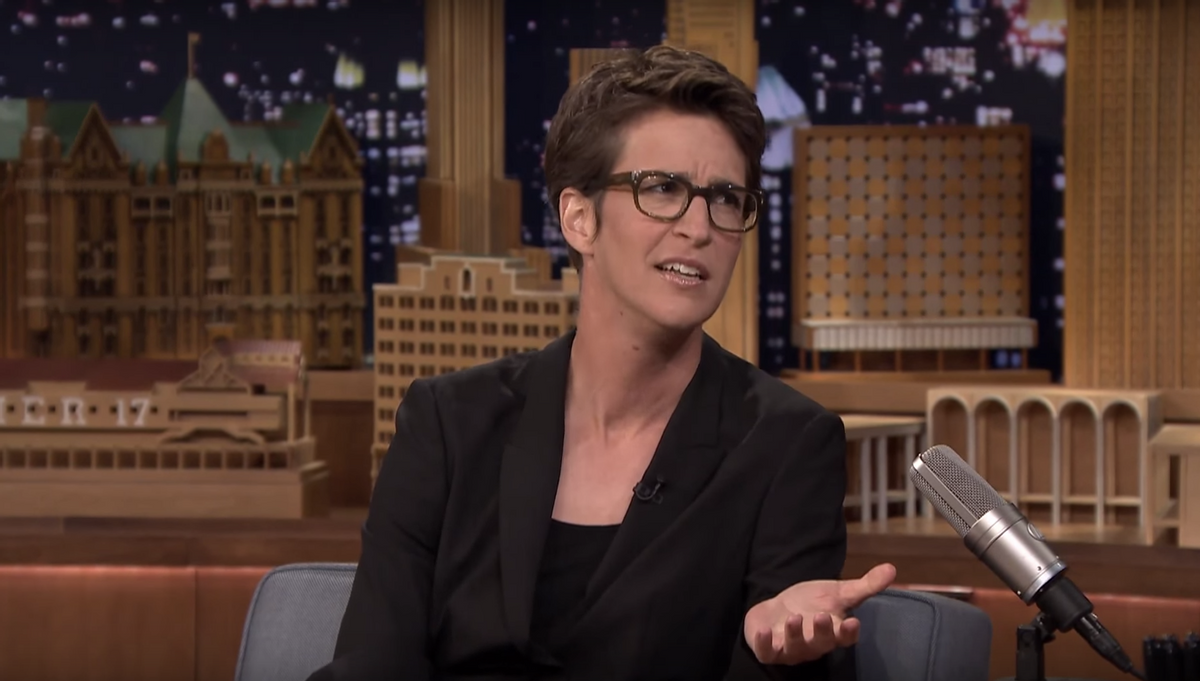 "God bless you, you made it so easy," Rachel Maddow said of GOP frontrunner Donald Trump while appearing on "The Tonight Show" Thursday.

Maddow explained to Fallon that her job -- and by extension, her life -- has been made exponentially easier as a result of the Trump Show.

"My job every day is like, I paint houses with a nail polish brush. [...] Then one day I came to work and God was like, 'actually today, you get a power sprayer'" she said.

Maddow went on to explain that she doesn't think Trump "usually has to work very hard" so she imagined fatigue would catch up to him eventually. "I can't imagine that being president would be that fun," she said.