"The Fat Jew" defends himself and comes up short: Even on "the cutting edge of the Internet," stealing actually is "a matter of right or wrong"

Maybe Josh Ostrovsky's "army of interns" can explain a few basic citation rules to him? 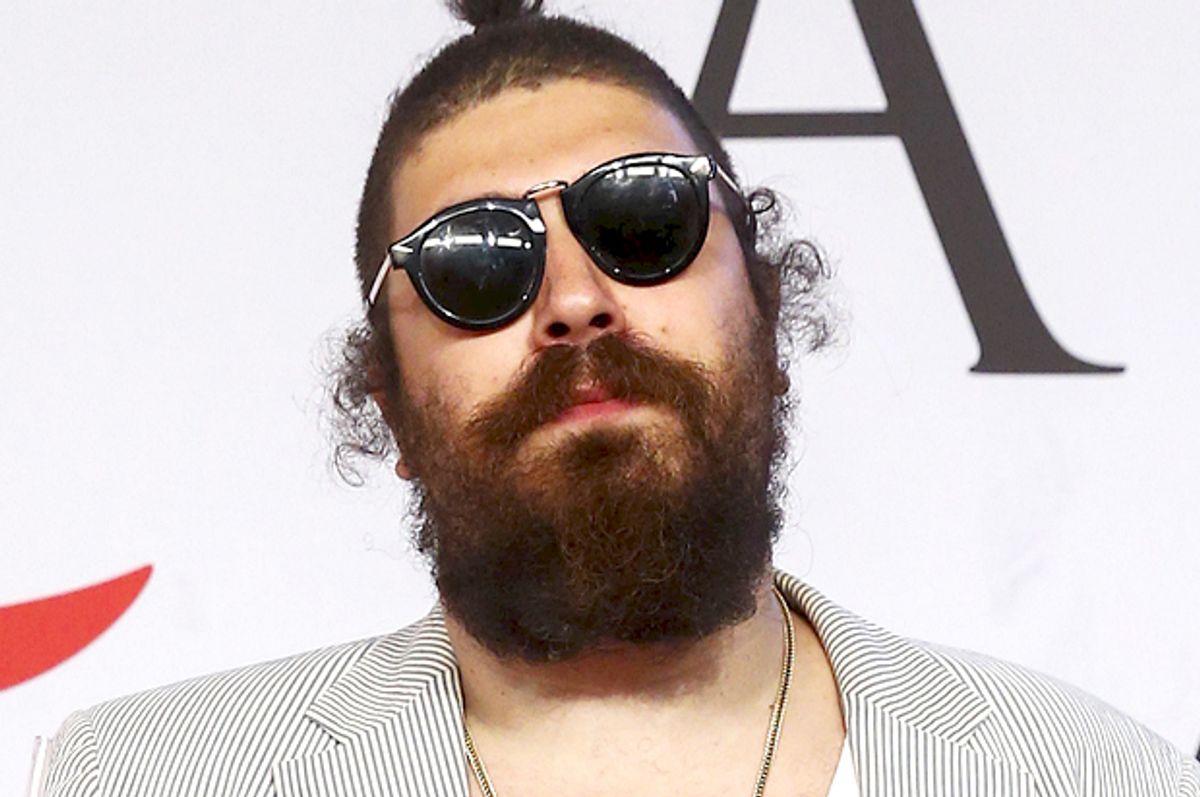 Presumably, there are people out there who think Josh Ostrovsky, the joke-stealing clown who calls himself The Fat Jew, is funny or outrageous or cool. He has more than 5 million Instagram followers, so someone must like him. And there are surely people out there who think the media coverage that’s fallen like a rain of turds on Ostrovsky lately isn’t quite fair, and want to see him defend himself against various charges.

If you’re in either of those categories, the new interview that just went up on Vulture is not likely to make you feel better about Ostrovsky or his methods. In fact, he is so full of self-serving, self-contradictory nonsense throughout the whole thing that he’s making Donald Trump seem lucid and considerate by comparison.

Here are a few highlights from the Q&A by Jesse David Fox.

When asked about his most notorious quality – stealing other people’s ideas – Ostrovsky responds this way:

At the end of the day, I get it: I should have been providing attribution for all posts. It's always been important to me. The internet is a vast ocean of stuff, and sometimes it's hard to find the original source of something. I now realize that if I couldn't find a source for something, I probably shouldn't have posted it in the first place.

Okay, I can overlook his use of clichés like “at the end of the day,” because you'll get lost forever if you stop every time Ostrovsky – who describes himself as coming from “a writing background” -- tosses out a hackneyed phrase. But what’s really happening here? First of all, the swirl of the Internet doesn’t mean that images appear without attribution. The jokes, graphic images, and photographs he posted came from other people’s accounts. They did not simply materialize in the chaos of his imagination. And the “army of interns” he mentions in the interview: While he was getting rich and famous, he had no time to ask them to find out who originated an idea he was taking?

And then there's the confusing time frame here: “It’s always been important to me” and “I now realize…?” Which one is it?

A bit later, talking about his working method, Ostrovsky says: “I hope that people email me and say, 'Can I get credit?' I never intended for anyone to think that these were mine.”

Well, except for the fact that when people have approached Ostrovsly in the past -- as far back as 2011 -- he’s responded with things like “I don’t read the internet” or "it was on a blog dude."

Or more recently, when Vulture's Fox asks about the Davon Magwood lion joke he stole: “It wasn't a matter of diligence. I was drinking a daiquiri nude and looking at the internet, and honestly, I didn't know where it came from.”

So are we to believe that a man who says he’s “on the cutting-edge of the internet” doesn’t know how to use Google? He's never heard of a retweet?

(Apparently no one told the guy that when you are apologizing, it’s best not to boast at the same time.)

The conflict with Magwood – a professional comedian who has blown one of the loudest whistles on Ostrovsky – shows where the joke-stealer is really coming from. When Fox asks him if he felt bad for ripping off Magwood, he responds with this:

So in other words, Ostrovsky has no sense of morality and ethics at all. This is starting to make more sense. If your career is about doing whatever you can get away with, why not take advantage of people? It’s “the sharing economy” at its most opportunist and exploitative.

The interview’s key statement may be this one, which boggles the mind. Ostrovsky – who writes for a living and until recently was going to pen a scripted show for Comedy Central – says he has no idea that you need to credit other people’s stuff. When he’s asked if he’s ever stolen a joke, he comes back with:

I mean, no, not intentionally. If something was heard and written down, then that's probably what happened. I didn't realize that if you don't have a source for something, then you couldn’t necessarily post it. I don't think that was always clear. I'm very on the cutting-edge of the internet. I'm up on a lot of the newest shit first. So, if I didn't realize all this about attribution and sources, there are probably other people who also don’t. I'd like to set the standard. If I'm the person who has been made to realize that, then everybody else can follow.

Ostrovsky, let’s remember, was raised by educated professionals, went to a fancy Manhattan day school, and majored in journalism at SUNY Albany after brief stints at Skidmore and NYU. Never in that time did he hear about plagiarism, intellectual property, media ethics? Were his college papers collages of other people’s lines?

There is an intelligent argument about appropriation and intertextuality that writers like David Shields and Jonathan Lethem have made. But Ostrovsky seems completely ignorant of that as well.

Now, there’s one line in the interview that I actually really like, where Ostrovsky says, “I've been doing moronic stuff since before social media existed.” Finally, some unvarnished truth.