CNBC host melts down as markets open and immediately crash: "I — I — I got to make some phone calls" 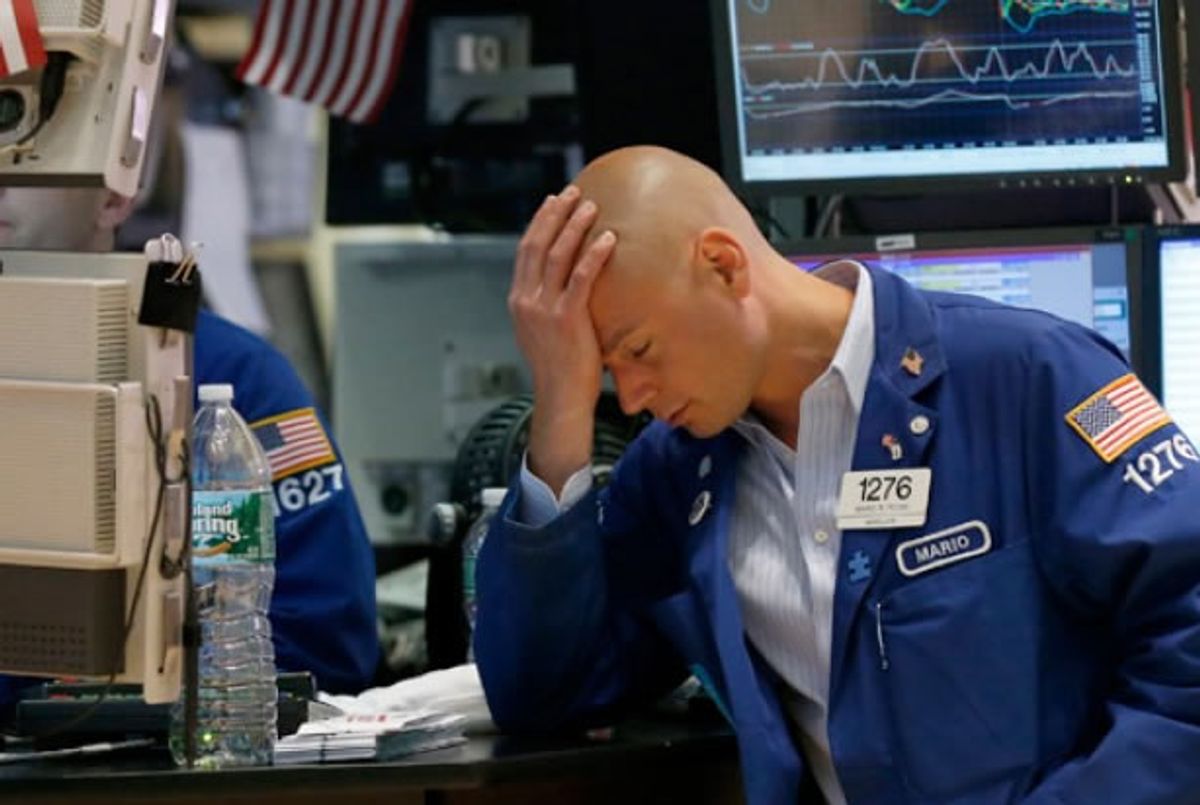 One inherent problem with live-reporting is that it requires those doing it to have adequate knowledge of the matter at hand in order to be effective. Otherwise networks risk the equivalent of having someone who knows nothing about baseball calling a game. Most of the financial reporters at CNBC have that baseline knowledge, and in fact, as the opening bell rung today and the market immediately plunged, some of them even had the presence of mind to declare, on the air, that they "got to make some phone calls" because they didn't understand what was happening.

Although David Faber is being mocked in some corners for admitting that he was unclear as to what he was witnessing and repeatedly expressing the need to "make some phone calls," it's actually not only a brave response -- admitting ignorance on-air can't be easy -- it was also the correct one, even if he didn't immediately take his own advice.

Because after this first declaration that he need some assistance, Faber attempted to simply describe what was happening -- probably in the hopes that he would come to understand it by forcing himself to describe it in detail. (A common, and effective, pedagogical trick that's known colloquially as "talking yourself through it.") "These are enormous moves," he said, "and of course, when you see these kinds of moves, it becomes self-fulfilling and then everybody is just like, ‘Alright, even though I see real value there, I’m not going to take a shot.’ Verizon’s backed off a bit now. It’s down only 9.8%, but some of the moves are dramatic and enormous and -- scary."

Before he hit that baffled caesura, he probably held out hope that the scene before him would "click into place" and he'd be able to interpret what was happening, but as was clearly indicated by what followed it -- "scary" -- that didn't happen.

So he reiterated his need for reinforcements, saying "I'm going to make a couple of phone calls, I think I should do that," as the camera cut away from him to fellow analyst Jim Cramer, who began to confidently discuss a topic of dubious relevance -- stock in Ulta, the hair salon/make-up retailer.