Will Bush's use of the slur harm him among Hispanics? Nonsense, Jeb says! He didn't mean *those* people 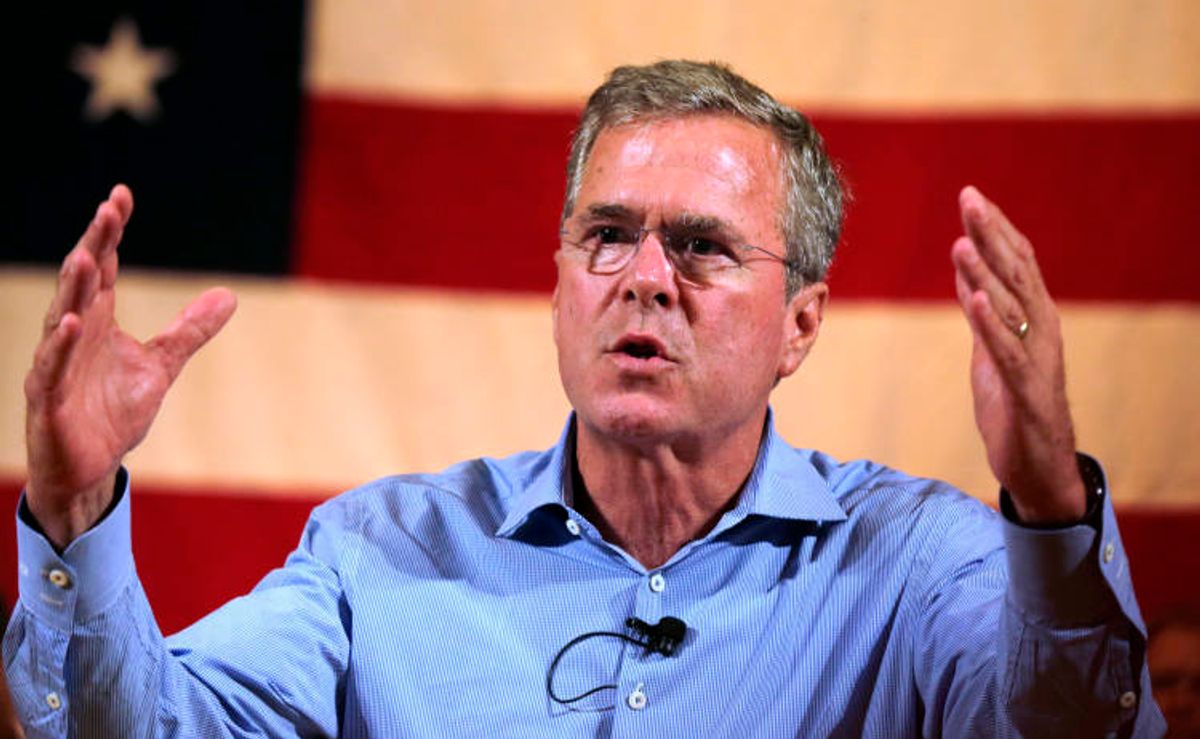 Jeb Bush said today that he has no worries that his use of the offensive "anchor baby" term would harm his ability to win the Hispanic vote, because he thinks it's actually "more related to Asian people."

During his obligatory visit to the U.S.-Mexico border as one of 17 Republicans vying for the GOP presidential nomination, Bush once again found himself at the center of a controversy surrounding his use of the derogatory reference to the U.S. born children of undocumented immigrants. Bush attempted to clarify that when he said "anchor babies" during a radio interview last week, he meant Asians who come in and "take advantage" of birthright citizenship not Hispanics.

Bush blamed Hillary Clinton's campaign for suggesting the term is derogatory, calling the controversy "ludicrous." Bush, who's wife is a Mexican immigrant, claimed that "frankly, it's more related to Asian people coming into our country, having children, in that organized effort taking advantage of a noble concept, which is birthright citizenship" and said he wasn't worried that his use of the term would impact his relationship with Hispanic voters:

What I was talking about was the specific case of fraud being committed where there's organized efforts—and frankly it's more related to Asian people—coming into our country, having children, in that organized efforts, taking advantage of a noble concept, which is birthright citizenship. I support the 14th amendment. Nothing I've said should be viewed as derogatory toward immigrants at all.

Bush then called for people to "step back and chill out" on political correctness, decrying that he had been unfairly taken out of context: