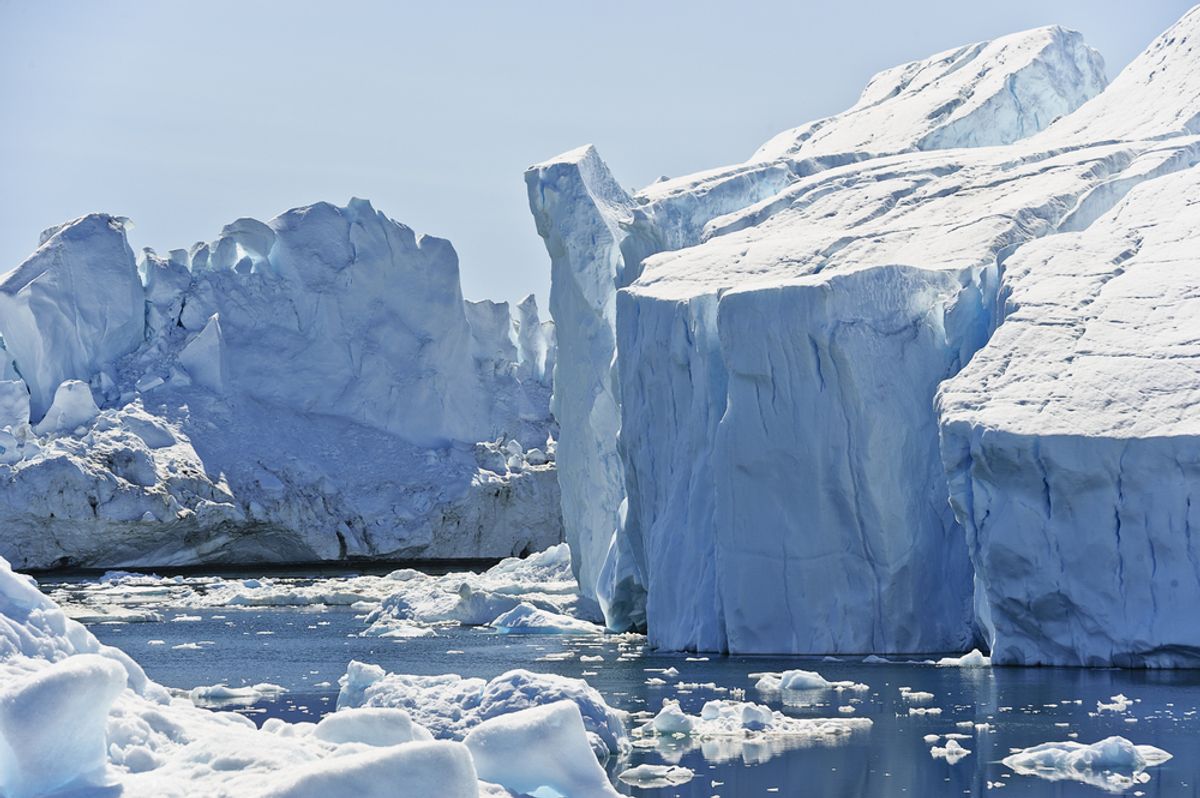 It's a well-worn truth of our current, globally warming times that the glaciers are melting, but Greenland's Jakobshavn Isbrae glacier is putting the rest to shame. The glacier, already one of the world's fastest-melting, just lost what may have been its biggest chunk of ice to date.

Experts told the Washington Post last week that whether or not it set a record, the calving event was certainly enormous. But the thing that most caught their attention, they said, was the extent to which the glacier appears to have retreated: another possible record, and a phenomenon that can make it more likely to lose even more ice in the future. “The calving events of Jakobshavn are becoming more spectacular with time, and I am in awe with the calving speed and retreat rate of this glacier,” Eric Rignot, a glaciologist at the Jet Propulsion Laboratory, said in a statement.

Rignot and his team caution that they can't be certain, just from the satellite images, whether the ice was lost all at once in one epic calving event, or whether a series of smaller events was responsible. But whichever was the case, they said, it doesn't make much of a difference. "What is important is that the ice front, or calving front, keeps retreating inland at galloping speeds,” Rignot said.

This is the kind of news that should have residents of low-lying coastal cities eyeing higher ground. The Jakobshavn glacier was solely responsible for raising global sea levels about .04 inches between 2000 and 2010, and its melt rate is speeding up. In 2012, it moved at an average speed that was nearly three times faster than its pace in the mid-90s. "This glacier alone," NASA warns, "could contribute more to sea level rise than any other single feature in the Northern Hemisphere."