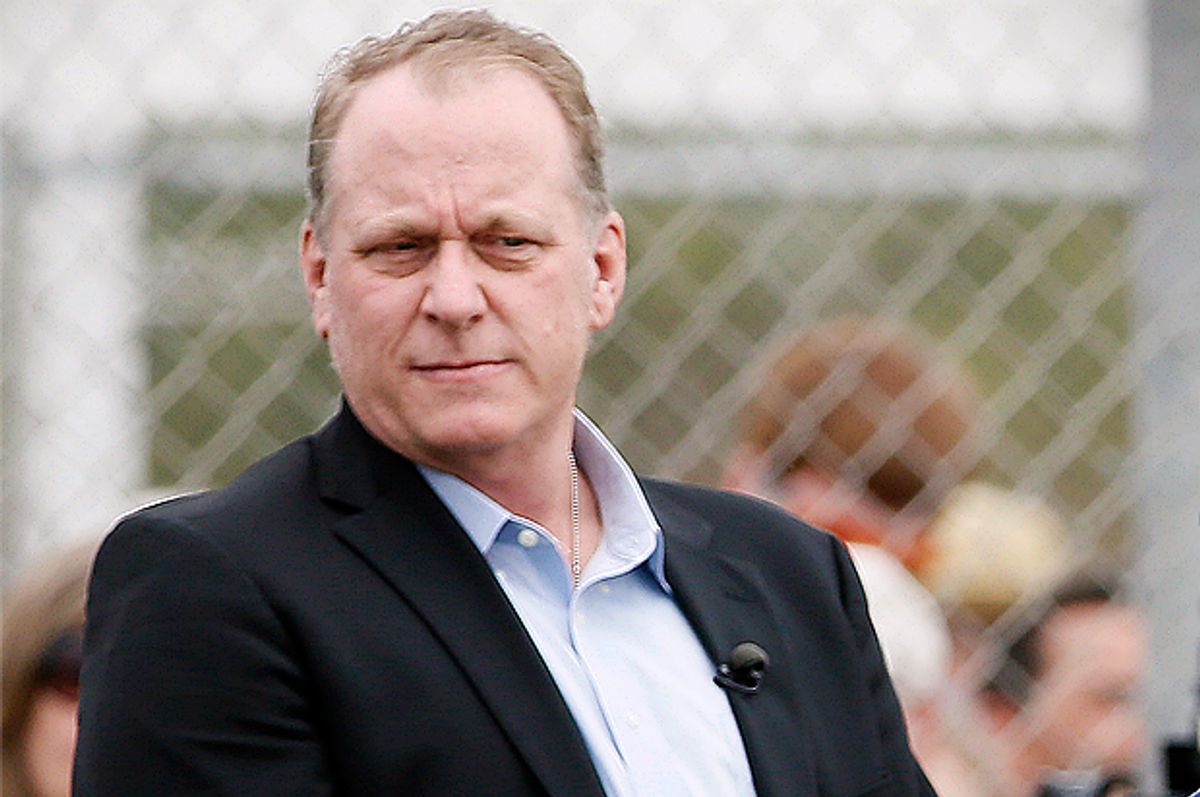 Although Schilling didn't create the image, he did acknowledge that "[t]he math is staggering when you get to true #'s," a statement steeped in irony given the fact that the numbers in question -- "It's said only 5-10% of Muslims are extremists" and "In 1940, only 7% of Germans were Nazis. How'd that go?" -- are suspect at best, outright lies at worst.

In the vote that thrust Adolf Hitler into power, he secured 43.91 percent of the popular vote. The 7 percent statistic quoted by Schilling's source is likely the percentage of registered members of the Nazi party before it rose to power in 1930, but it must be remembered that the Nazis deliberately excluded many German citizens from joining the official party, even as it rigged elections after 1933 in order to show that the German people were unified behind their Fuhrer.

A man whose Twitter avatar is a Confederate battle flag pointed out the problem with Schilling's logic:

To which Schilling replied, confusedly:

Twitter was quick to remind him that he was the one who had posted that number, even if he'd since deleted the tweet:

Schilling's been on an Islamophobic roll of late, posting the following "joke" to Facebook Sunday night:

UPDATE: ESPN has relieved Schilling ofhis Little League World Series broadcasting duties. In a statement, the company said "Curt’s tweet was completely unacceptable, and in no way represents our company’s perspective. We made that point very strongly to Curt and have removed him from his current Little League assignment pending further consideration."

A conciliatory Schilling took to Facebook to address the issue, writing that "[f]ree speech doesn’t mean freedom from consequences as I was so adamant on earlier this year. Applies to everyone. I’m going to be suspended for the tweet earlier today, whether you agree or not that is how the system is supposed to work. I made a mistake on a few levels. And my boss didn’t like it. No one to blame but myself. Time to move on."