New Yorkers guess the meaning of the GOP's "anchor baby" slur: "You put a baby on a chain and send it down to the ocean"

Like most racial slurs, “anchor baby” masks more than it reveals 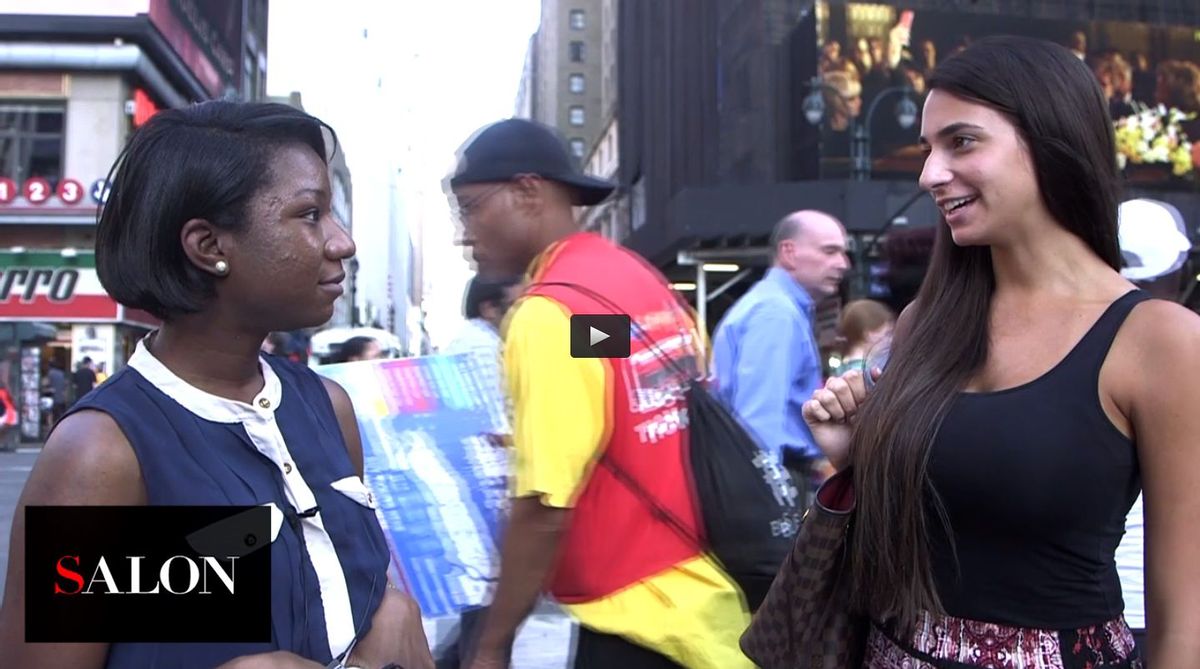 Donald Trump and other Republican presidential candidates have recently popularized an ugly racial slur used to describe children who are born in the United States to undocumented parents:

Like most racial slurs, “anchor baby” masks and obscures more than it reveals. In fact that term is so vague that, although Republicans are using it to frame a xenophobic conversation on immigration, most people don't know what it means.