U.S. traffic is an actual nightmare 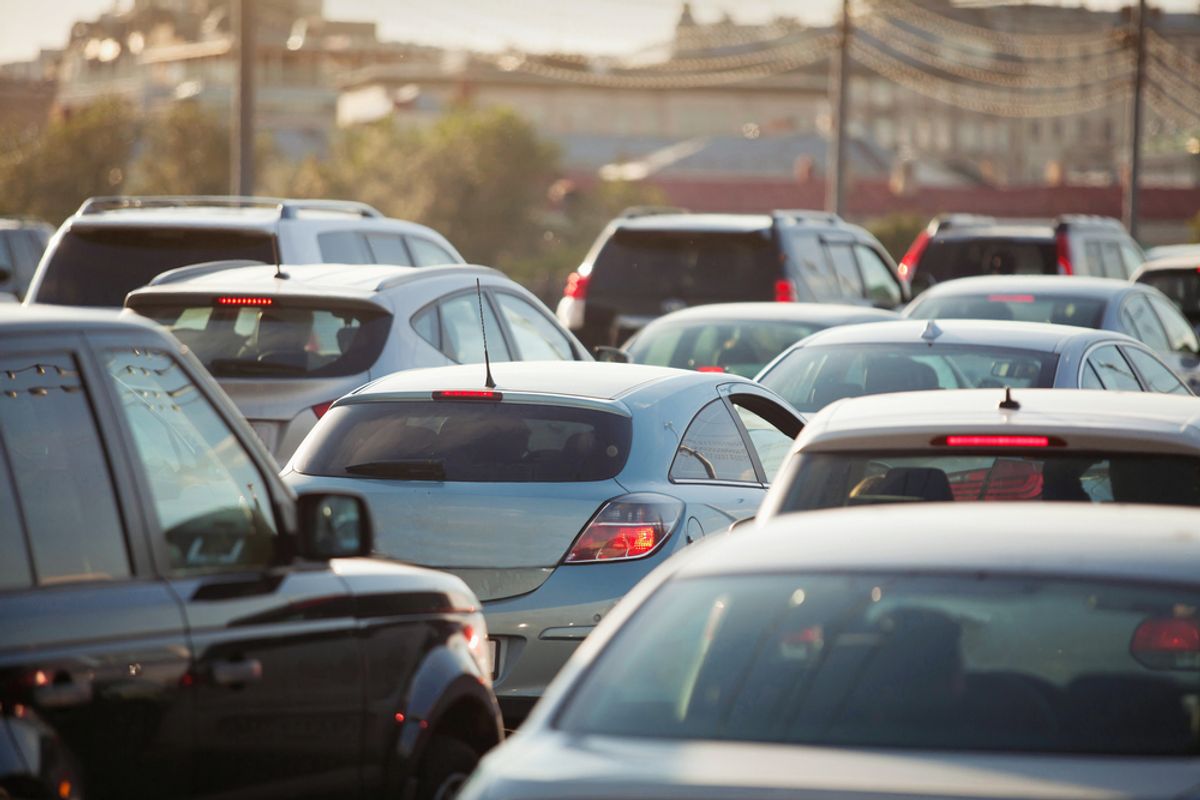 The economy's been strong and gas prices low this year, and Americans have responded by hopping into their cars...and proceeding to idle in hours of soul-crushing, bumper-to-bumper traffic.

Americans drove a record 1.54 trillion miles in the first half of 2015, and according to a new report out from the Texas A&M Transportation Institute, they spent a collective 7 billion extra hours stuck in their cars. That adds up to a boggling amount of waste: 42 hours per rush-hour commuter, costing the economy $670 billion in lost productivity, vehicle wear and tear and burned gas -- that last factor translating, too, to climate change-causing carbon dioxide emissions.

According to the report's authors, the amount of time spent sitting in traffic jams has bounced back to pre-recession levels, an increase attributed to both economic and urban population growth, coupled with a failure, on the part of Congress, to fund national transportation programs; on the part of employers to embrace alternative work schedules; and on the part of individuals' choices about where to live and how to get to work. It is, in other words, a major problem that evades a simple solution.

"Our growing traffic problem is too massive for any one entity to handle -- state and local agencies can’t do it alone,” Tim Lomax, one of the report's authors, said in a statement. “Businesses can give their employees more flexibility in where, when and how they work, individual workers can adjust their commuting patterns, and we can have better thinking when it comes to long-term land use planning. This problem calls for a classic ‘all-hands-on-deck’ approach.”

The worst place to be a commuter is in Washington, D.C., where drivers see an average of 82 hours of traffic delays per year; Los Angeles, San Francisco and New York were close behind, with 80, 78 and 74 hours of delay, respectively. That's days -- days! -- spent in traffic. Smaller cities, the report points out, weren't immune to this growing problem: while nationwide, delays are twice as long as they were in 1982, the phenomenon's grown by a factor of four for cities of 500,000 or less.

Oh, and it's going to get so much worse. If the economy stays strong, here's what TTI foresees by the year 2020:

It doesn't seem likely that anyone actually wants this -- according to the report, drivers had to double their planned commute time just to account for likely delays. And in the first half of the year, not unrelatedly, traffic deaths were up 14 percent. Yet we remain, more than ever, an automobile nation -- and to change that, we're going to need to start rethinking just about everything.