Before Sandra Bland, there was Victor White: Why his death in police custody should have you outraged 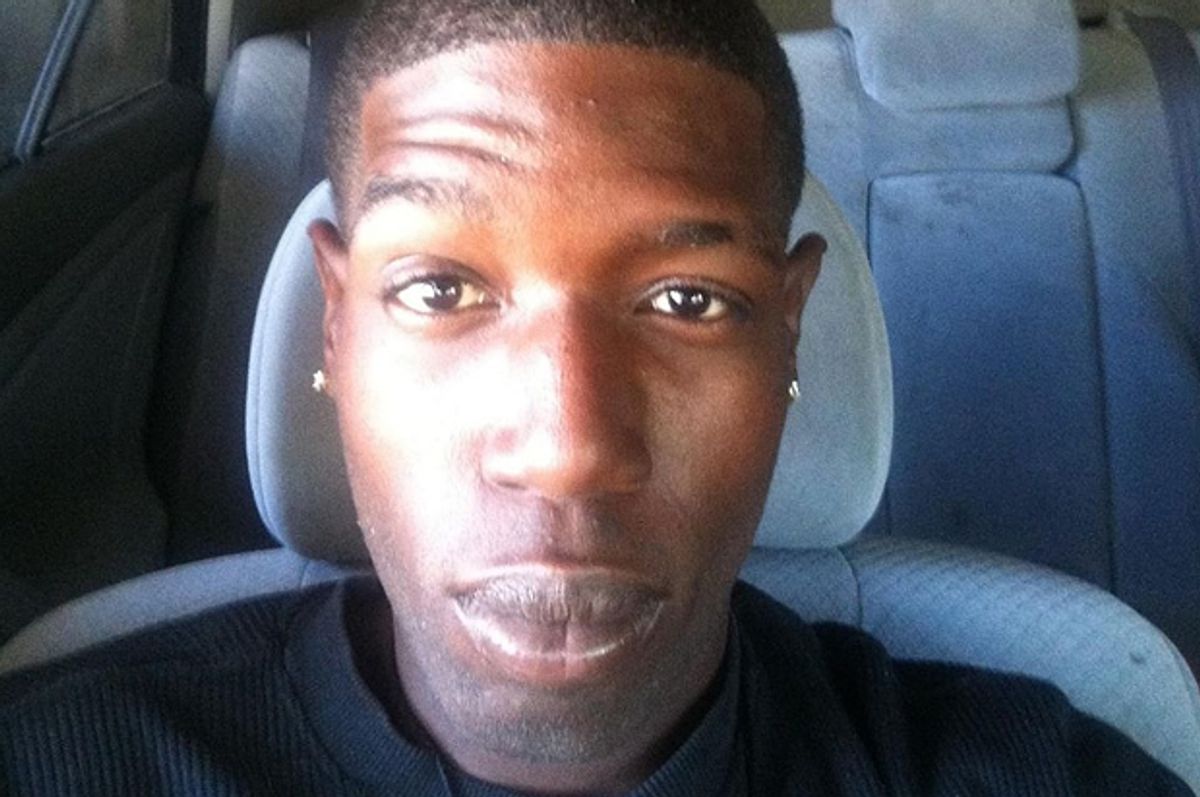 It’s been 541 days since Victor White, a 22-year old black man from New Iberia, LA, was shot dead while handcuffed in the back of a state police cruiser. It’s been 358 days since the U.S. Attorney’s Office in Lafayette, LA launched its investigation into Mr. White’s death. And we’ve yet to hear an account of what happened to him. No one, it seems, can explain why this young man died with a hole in his chest.

The circumstances surrounding White’s death are beyond suspicious. What little we do know raises more questions than answers. On March 2, 2014, White and a friend, Isaiah Lewis, walked to a local convenience store, where they purchased cigars. A fight erupted outside between two unidentified men. When the brawl ended, White and Lewis left on foot and were stopped by Corp. Justin Ortis of the Iberia Parish Sheriff’s Office.

After discovering a negligible amount of marijuana in White’s pocket, the officer detained him and called for backup. White was handcuffed with his arms behind him and placed in the back seat of the cruiser. What’s crucial to note is that before being detained, White was searched a second time for contraband and weapons – and no weapons were found. When the second officer arrived at the scene, White was transported to the local station for further questioning.

What happened after that remains a mystery.

What we know is that White never saw the inside of that patrol station. He died of a gunshot wound while detained in the squad car. According to the Sheriff’s Office, White became agitated and refused to leave the vehicle. If you believe the original police statement (and you shouldn’t), White then produced a handgun (while handcuffed) and managed to shoot himself in the back before the deputy could find help.

This story can’t be believed without suspending common sense. First, how is it possible that White had a gun on his person after being patted down twice? That isn’t remotely plausible. Even more suspicious are the contradictory reports filed by the police and the coroner’s office. The police claim that White shot himself in the back while the coroner’s report says he died of a gunshot wound to the chest. Adding to the confusion, the coroner, Dr. Carl M. Ditch, failed to address this inconsistency in his report. With no explanation whatsoever, he concluded (along with the Sheriff’s Office) that White’s death was “self-inflicted” – indeed he went so far as to call it a “suicide.”

Everything about this case invites skepticism. The details don’t add up. Local officials are refusing to comment further, hiding behind a pending federal probe, the progress of which remains unclear. This is a disgrace. What happened to Victor White in New Iberia is every bit as egregious as what happened to Freddie Gray in Baltimore or to Michael Brown in Ferguson or to Sandra Bland in Texas or to Samuel Dubose in Cincinnati or to Eric Garner in New York.

If there’s a difference, it’s that White’s death has received comparatively little coverage. New Iberia is a small town in a small state and even an injustice on this scale fails to capture the country’s attention the way others have. Consequently, local and federal officials in Louisiana have yet to feel the pressure and scrutiny of national media – that has to change.

We don’t know if Victor White was murdered in the back of that police car. We know he was detained needlessly for a victimless non-crime and dead a few hours later. We know the official story of how that happened is riddled with contradictions. We know those responsible for explaining what happened have so far refused to do so. We know that Iberia Parish Sheriff’s Office has a history of assaulting handcuffed men. And we know that black bodies are often cannon fodder for law enforcement in this country.

Perhaps it’s true that Victor White killed himself – I doubt it, but it’s possible. The point is that we don’t really know, and the authorities refuse to tell us. More importantly, they refuse to tell Victor’s family, who are entitled to an explanation (if they can’t get justice, that is).

It’s been nearly a year and a half since White’s death. The authorities have had more than enough time to gather the facts and interview the people involved. Justice has been deferred long enough. Every day that passes without answers is an affront to the memory of Victor White and to the community of New Iberia.

By now it’s clear nothing will be done without external pressure. The real story here is that this isn’t a bigger story. Everyone involved with this investigation has benefited from the lack of attention. The people – of New Iberia, of Louisiana, and of the country – have to change that. The broader public has to demand answers.

Victor White’s family has lost a son – let’s spare them the indignity of indifference.