The deaths of Alison Parker and Adam Ward gave Trayvon Martin's killer an excuse to vent, and he used it with gusto 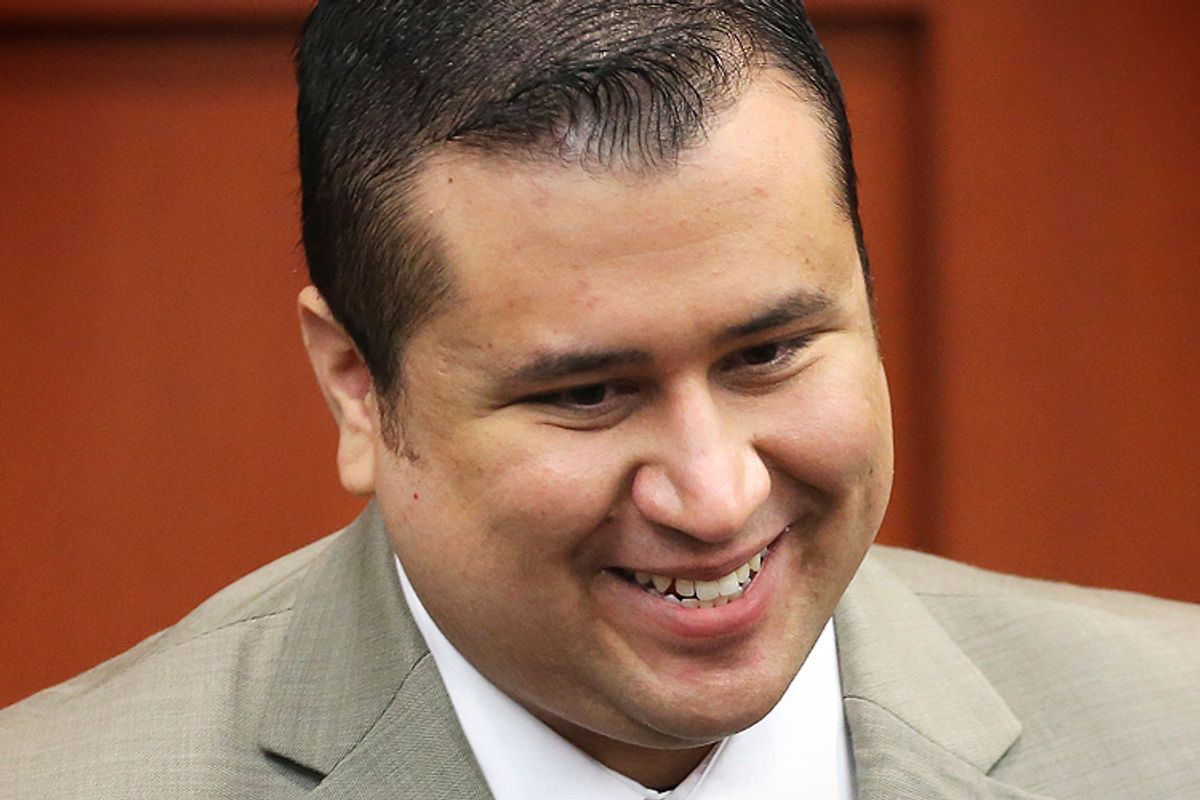 George Zimmerman, the killer of Trayvon Martin who was last seen hawking paintings of the Confederate battle flag that praised the Second Amendment, took to Twitter in the wake of yesterday's shootings of Alison Parker and Adam Ward to condemn the "Black [piece of shit]" who murdered them and the "Ignorant Baboon" in the White House who mentioned gun control in his comments about their murders.

Presumably because he knows a thing or two about killing people in cold blood, Zimmerman expounded at Twitter-length on the murders of Parker and Ward, writing first that:

"Pansy" is, of course, a reference to the fact that the shooter, Vester Flanagan II, was a homosexual, which is relevant here because Zimmerman inexplicably chose to make it so. Flanagan's motivations, at least as they were communicated in his 23-page-long manifesto, were based on a combination of a personal grudge against Ward and his feelings about the massacre in Charleston, South Carolina earlier this year. But Zimmerman felt it necessary to denigrate his sexuality anyway, as well as complain about what to him was the lack of timely manner in which President Barack Obama addressed the murders:

Putting aside the fact that Zimmerman's complained, at length, that Obama jumped to conclusions about him and spoke too soon about his killing of Martin, it's worth noting that Obama did, in fact, address Parker and Ward's murder yesterday, saying that it "breaks [his] heart every time [he] read[s] or hear[s] about these kinds of incidents," and that "the number of people who die from gun-related incidents around this country dwarfs any deaths that happen through terrorism."

Which was in fact a statement, but to Zimmerman's mind, the absolute worst one he could make:

Zimmerman also retweeted a sarcastic comment that "praised" him for being a "uniter":

Because, of course, nothing unites the country quite like racist references to the president after a violent incident that's captured the nation's attention.