Mass shootings and the dark side of American exceptionalism: "They happen because there’s a large gap between what people are aspiring to and what they can realistically achieve" 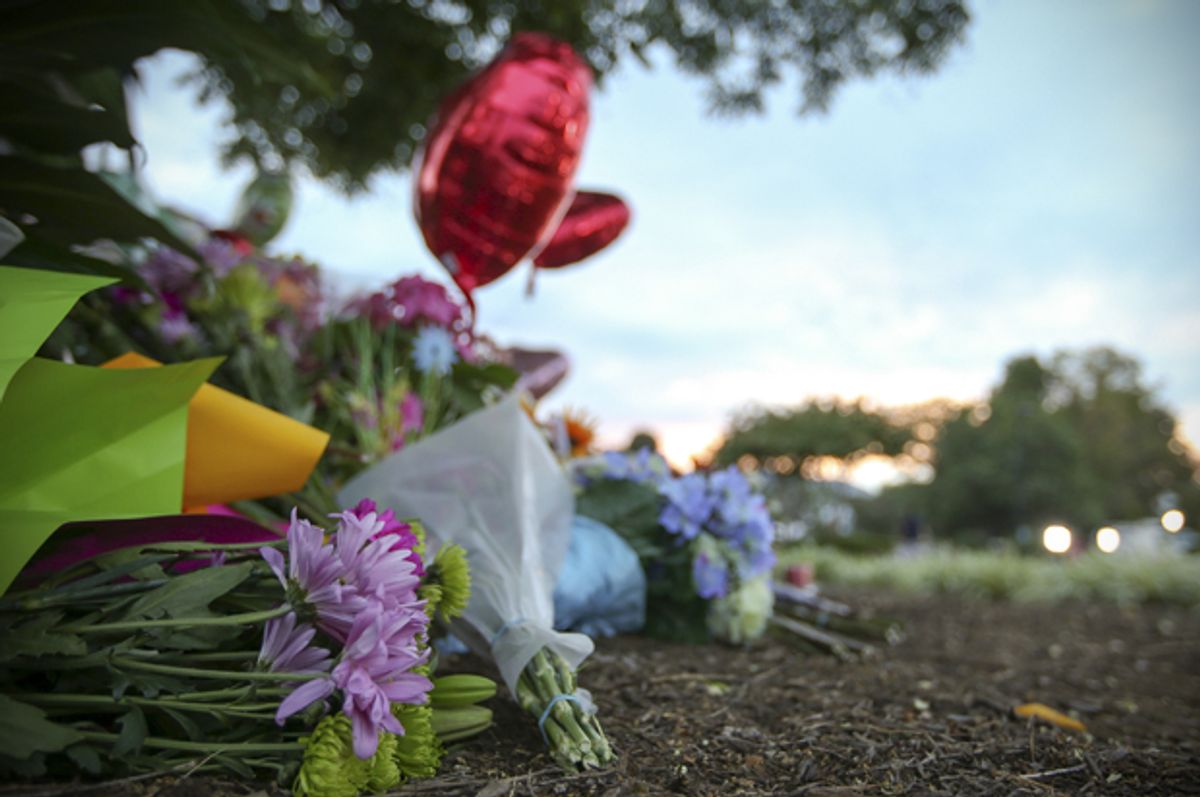 Just a few days before the shooting of two Virginia television journalists by a frustrated former colleague, the criminologist Adam Lankford presented a study on gun violence at an annual meeting of the American Sociological Association. Why does the United States lead the world in mass shootings – over the last half century, with five times more than any country?

"For decades, people have wondered if the dark side of American exceptionalism is a cultural propensity for violence," he wrote, "and in recent years, perhaps no form of violence is seen as more uniquely American than public mass shootings."

Lankford, author of "The Myth of Martyrdom: What Really Drives Suicide Bombers, Rampage Shooters, and Other Self-Destructive Killers," looked at the situation globally, and considered a wide range of relative factors -- the state of mental health coverage, the availability of guns, the valorization of fame, and other cultural differences.

We spoke to Lankford, a criminal justice professor at the University of Alabama, about the Virginia shooting, other workplace shootings, and the big picture of the nation’s gun-violence epidemic. The interview has been lightly edited for clarity.

These sorts of shootings, by now, have become quite familiar. But was there anything about this one that was unusual? Were there other ways it was typical?

I’ve studied a lot of workplace shootings, and there’s a familiar pattern of a disgruntled employee who was fired or suspended or had some kind of conflict at work, and feels like he or she is a victim and goes back and starts shooting people in an act or revenge. It often ends in the attacker’s death.

What’s still unknown is, Was this just like those? Was this an office shooting that just happened out in public because that’s where this company’s office essentially is?

Or, was it specifically staged for effect, with a live audience, because the shooter wanted that sort of attention, or as some kind of sabotage – you know, the shooter thought it would hurt the media company more if it disrupted a live broadcast.

You found in the research you’ve done on shootings that the possibility of fame or celebrity if often a motivator for gun violence.

It’s so hard to get into the mind of some of these offenders. But when it comes to the fame motive, quite a few have explicitly admitted it: They’ve admitted it in the documents they left behind, and in an online post, or in comments to people who knew them. So we know that a lot of mass shooters have sought fame directly, they’ve been willing to kill to get it, and – beyond them -- others probably have a similar motive but we don’t know for sure because they take that to the grave with them.

You’ve written a book about gun violence and just released a study on the topic. Why do we have so many mass shootings in this country? Far more than anywhere else on the planet.

What the data clearly show is a strong relationship between firearm ownership rates – what is the percentage of firearms owned by civilians in a country – and the number of public mass shooters. That’s what I found in my study of 171 countries – that relationship was very strong. And it was even strong when you removed the United States from the analysis – it explains the variations in other countries as well. So that seems to be one of the critical factors, and the United States has five times the number of mass shootings than any other country – five times the second-ranked country – from 1966 to 2012 – and we have the world’s leading firearm ownership rate among civilians.

There is nearly one handgun for every person in America – far higher than the ratio in ever other country in the world. How consequential is that?

Very consequential. It effects both who can get a gun to carry out an attack, and how many guns someone who’s decided to carry out an attack can get, which directly, in turn, effects the number of people they kill. One of the findings of my study is that attackers who use multiple guns kill significantly more victims. That was a global finding.

One of the interesting anecdotes was the case of Sebastian Bosse in Germany, who had thought about carrying out a school shooting, and then posted online, I don’t think I’m gonna do it, I think I’m gonna give up the idea because I can’t find decent weapons in Germany. The lack of having guns led to him changing his mind, and he didn’t engage in any violence for 17 months, until he finally did get a gun and then within two weeks carried out a school shooting.

It would be a great day for America if people struggling with mental health problems and had some motive to carry out an attack decided to take a different path because they couldn’t find the firearms they wanted.

How important are cultural factors – what you call "the uniquely American quality" of some of these shootings?

One of the natural questions is, Is there something different about American culture that helps explain some of the attackers? One of the things I saw, by analyzing the attackers behavior, is that we have 31 percent of the world’s attackers, but when you narrow it down to workplace or school shooters, like this attacked today, we have 62 percent of global attackers. It suggests that there’s something about our students and our employees that may be different from their counterparts in other nations.

Specifically, I’ve been looking at the idea that, according to string theory, there’s a social pressure to achieve the American dream, but a lack of means to do so.

In other words, there are pressures on Americans, because of our success ethos and “bootstrapping” and individualism, and that can lead to frustration and perhaps violence as well.

That’s right. These types of attacks don’t happen because people are struggling or desperately poor. They happen because there’s a large gap between what people are aspiring to and what they can realistically achieve. In the context where people are reaching for the stars, and feel they will inevitably reach great levels of success – as many Americans do – it creates a problem when you have a small percentage with access to guns and mental health problems, who are failing and looking to blame those failings on their bosses, their teachers, and those around them.

No one’s born thinking they’re going to be famous, or that they need to achieve some enormous level of success. That’s how they are shaped by their parents and by the culture. If there’s anywhere where the rubber meats the road – where people realize these dreams aren’t coming true – it’s after you’ve been suspended or experienced adversity at work or school, and suddenly it’s a catalyzing event.

People trying to make sense of these shootings also point to the American culture of violence -- especially in movies, TV, video games – and the lack of a mental-health safety net. Does your research tell you anything about those factors?

In terms of media violence, a number of these attackers have some kind of role model. That role model can be fictional – like the Columbine killers who looked at the movie “Natural Born Killers” and emulating that – or it can be a copycat effect, where they look at real previous shooters (as other shooters have tried to emulate the Columbine shooters.)

In particular, when you have depression, narcissism, schizophrenia, and not only am I struggling with mental health problems, but that these problems are someone else’s fault — that’s a bad combination.

Changing a nation’s culture takes generations. Are there things we can do to limit the numbers of mass shootings?

According to the United States Secret Service, and a study they did a few years ago, 80 percent of school shooters in particular told at least one person what they were planning. Those warning signs were not taken seriously. Both the Virginia Tech shooters and the Columbine shooters did creative writing assignments in which they mapped out fictional shootings, and they weren’t taken seriously by their teachers.

We hear with terrorism, “If you see something, say something.” Normally, before they do it, they’re thinking about it, floating the idea by someone, or posting the idea online.

Does curbing the supply of handguns seem likely to limit these tragedies?

I’m not a political scientist, so I will defer to others the question of whether there is political support.

I do know that in Australia, there was a terrible mass shooting, in which 35 people were killed. They immediately enacted major gun control, reduced the number of firearms in the country by 20 percent, and they haven’t had a public mass shooting since. That’s one case where there seems to be a cause-effect in a positive direction.

Another part of that evidence, from my study, is that the top-five countries by gun ownership rate – the United States, Yemen, Switzerland, Finland, and Serbia – are all ranked in the top 15 for public mass shootings per capita. The data show that if you have a lot of firearms, you’re going to have a problem. There seems to be a direct link.