The rock icon wonders if she's being "controversial," but blaming victims is hardly new 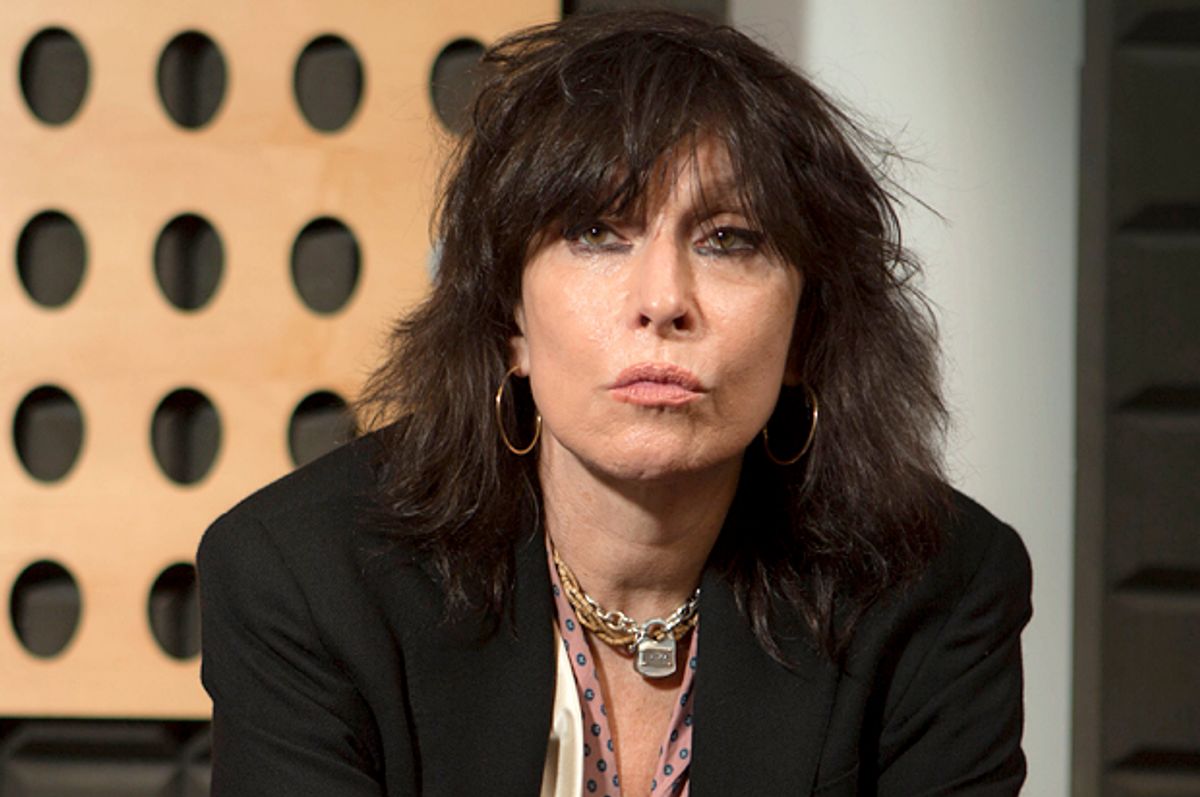 "You can’t paint yourself into a corner and then say whose brush is this?" says music legend Chrissie Hynde. "You have to take responsibility." But when it comes to sexual assault, it'd be great if we could talk about it in a way that truly understands the nature of personal accountability. So here it is: We are indeed responsible for our behavior. We are not, however, responsible for anyone else's. And victims don't cause rape. Rapists do. I would love for Chrissie Hynde to believe that, and to say that.

The 63 year-old lead singer of The Pretenders has a new memoir called "Reckless" out in September, and in anticipation of the book's release, spoke this weekend with Krissi Murison for the Sunday Times. In the interview's most contentious moment, Hynde speaks of her own sexual assault over forty years ago. She recalls how she was a 21 year-old Ohio girl who accepted an offer of a ride to a party from a motorcycle gang member. He didn't take her to the party. Instead, he took her to an empty house and threatened her and sexually assaulted her. She now says, "Technically speaking, however you want to look at it, this was all my doing and I take full responsibility. You can’t f__k about with people, especially people who wear 'I Heart Rape' and 'On Your Knees' badges... those motorcycle gangs, that’s what they do." When Murison counters that Hynde was, by her own admission, "naive" at the time, the singer doubles down, saying, "They’re motorcycle guys! If you play with fire you get burnt. It’s not any secret, is it?"

Murison admirably tries to challenge Hynde on this point, noting, "I’m shocked to hear Hynde say that she thinks, as a woman, if you walk down the street drunk and provocatively dressed, then you can’t complain if you end up in trouble." But Hynde stands firm, saying, "If I’m walking around in my underwear and I’m drunk? Who else’s fault can it be?… If I’m walking around and I’m very modestly dressed and I’m keeping to myself and someone attacks me, then I’d say that’s his fault. But if I’m being very lairy and putting it about and being provocative, then you are enticing someone who’s already unhinged — don’t do that. Come on! That’s just common sense. You know, if you don’t want to entice a rapist, don’t wear high heels so you can’t run from him. If you’re wearing something that says ‘Come and f__k me’, you’d better be good on your feet… I don’t think I’m saying anything controversial am I?”

Controversial? Maybe. But she's definitely not saying anything we haven't heard a million times before, on the subject of rape and what constitutes a "legitimate" and true one. It's in keeping with the myth of the "good" rape, the one in which the assailant is a crazed stranger who dropped from the sky on a virgin who fought him bravely. And it's sad that even after all these years, Hynde, a woman who for decades has been an icon to so many, still blames herself for what someone else did to her. As Lucy Hastings, director of the charity group Victim Support, explains this week in the Guardian, "Victims of sexual violence should never feel or be made to feel that they were responsible for the appalling crime they suffered – regardless of circumstances or factors which may have made them particularly vulnerable."

As a woman and a mother, of course I believe in personal responsibility. Of course I avoid high risk behavior and try to instill a sense of caution in my daughters. But I know this: When I was mugged, nobody — including the police — questioned my right to be walking down the street and not get jumped on. Nobody suggested that by having my phone out, I was totally inviting someone to take it. And when my teen daughter's friend was hit by a reckless driver, no one asked her if maybe she'd done something to provoke him. I have a neighbor in my building who regularly leaves his apartment door ajar. Do you think if someone walked in off the street and robbed him, he'd get anywhere near the degree of skepticism and blame that people who are raped are regularly subjected to? Do you think anyone would ask if maybe he didn't really consent to be robbed? No way. You know why? Because we don't make other people's choices for them. We don't, by our existence in the world, leave them with no other option but to hurt us. It doesn't work that way. And our culture does not approach any other crime but rape with such a relentless degree of insistence of accountability on the part of victims. Hynde, unfortunately, still clings to the idea that people who've been raped have to answer for what's been done to them. How long do we have to wait before we demand that instead, their rapists do?