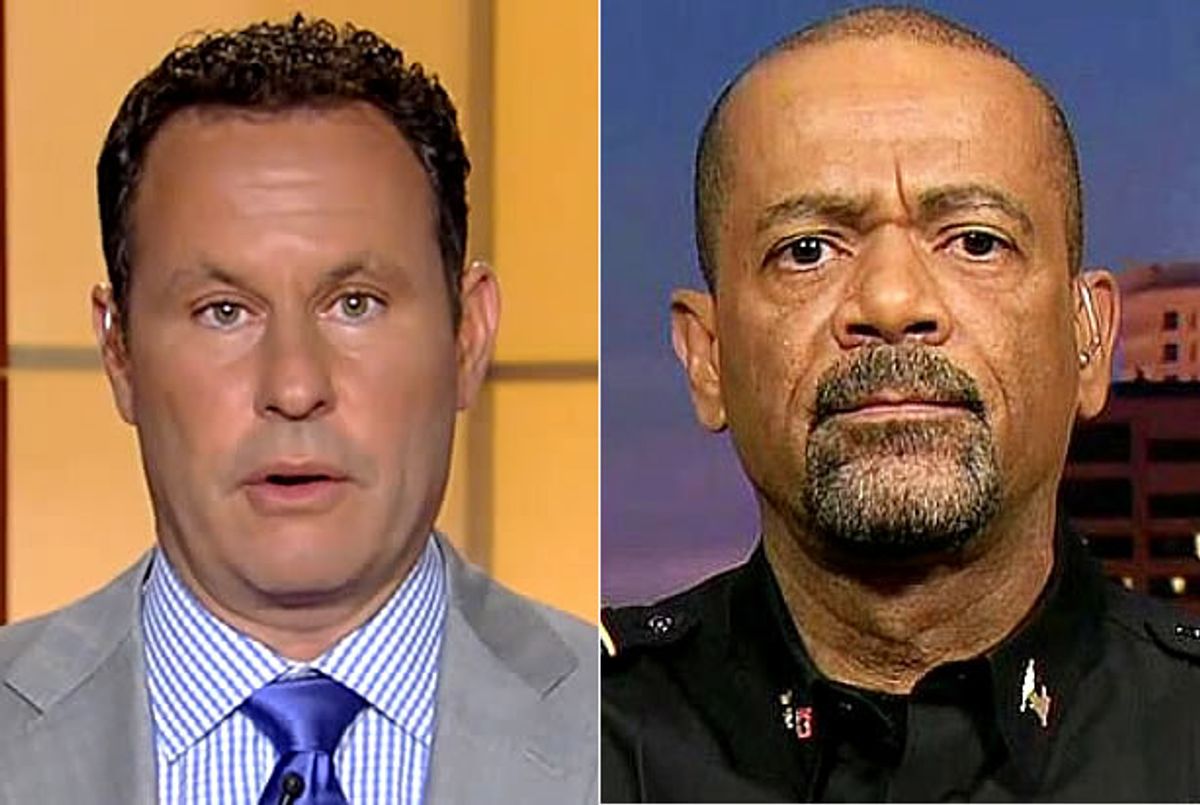 Clarke is no fan of the #BlackLivesMatter movement, having testified before Congress in May of this year that the group was part of a "wrecking ball" effort to "kick white America in the teeth," but even so, it was surprising that Fox News chose to use a chyron reading "'Murder' Movement" when it brought him on to speak about the death of Deputy Goforth.

No connection between the #BlackLivesMatter movement and the suspected gunman, Shannon Miles, has been established, but that didn't stop Sheriff Clarke from railing against black activists and anyone else who doesn't offer unadulterated support to members of law enforcement.

"Let me start here," he said, "the headline is ‘Black man shoots white defenseless police officer.' I get sick and tired of seeing it the other way around when an officer defends his life. They always point out that it’s a white officer shooting an unarmed black suspect."

Lest you believe Clarke capable of rising about the cacophony of anti-Obama condemnations emanating from Fox News, by "they" Sheriff Clarke clearly meant a conspiracy that goes all the way to the very top.

"President Obama has breathed life into this ugly movement," he said, "and it is time now for good law-abiding Americans to rise up like they did around that Chevron station -- an outpouring -- but it can’t just be symbolic. We now have to counter this slime, this filth coming out of these cop-haters."

Kilmeade offered that all President Obama did was "shed light" on law enforcement's problematic relationship with the black community, but Sheriff Clarke would have none of it.

"That's a lie," he said. "If there is anything that needs to be straightened out in this country, it is the subculture that has risen out of the underclass in the American ghetto. Fix the ghetto and you’ll see a lesser need for assertive police officers, or policing in these areas, and then you’ll see less confrontation. Stop trying to fix the police. Fix the ghetto."

Watch the entire conversation below via Media Matters.