Oliver's pants are on fire 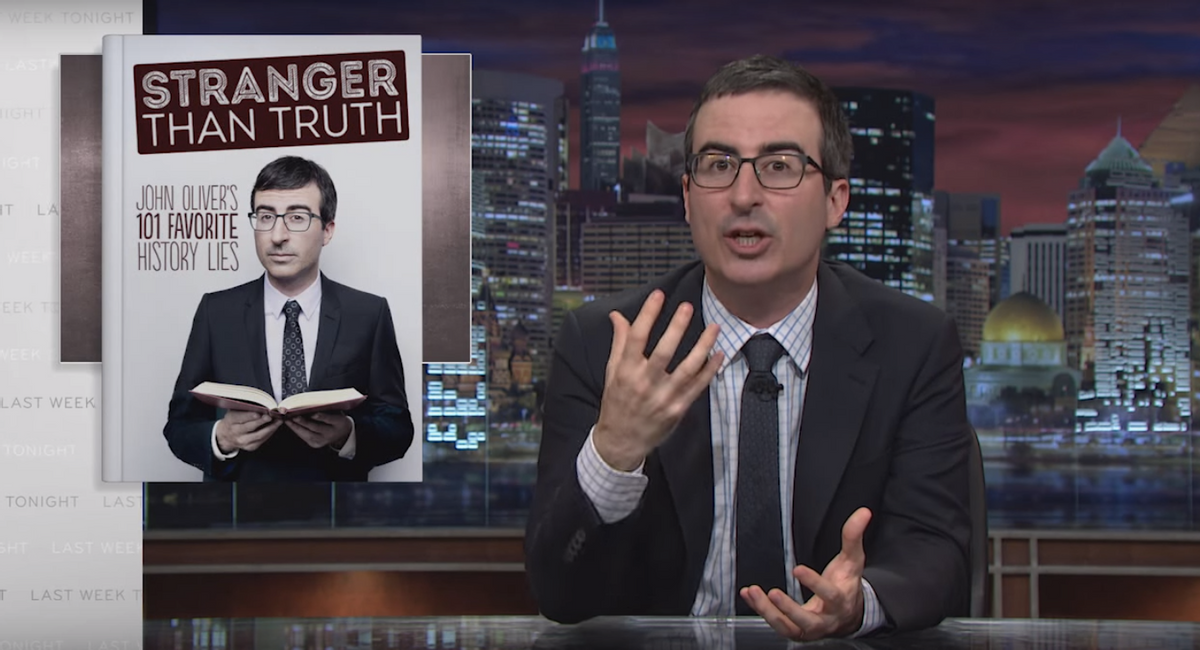 John Oliver may be off until Sept. 13, but in classic "Last Week Tonight" fashion, the host -- who likely couldn't bear the thought of a "truth bomb-less" Monday -- uploaded a mini web exclusive to his show's YouTube channel. This week, his topic of choice was "History Lies."

The "Last Week Tonight" host used the segment to share a few of his favorite lies from his forthcoming book "Stranger Than Lies: John Oliver's 101 Favorite History Lies." (Jk that's a lie, too. There is no book.)

“There is absolutely nothing more fun than lying confidently about history,” Oliver said in the segment. “Lying is incredibly fun. In fact, the only thing that feels better than lying to someone is lying to someone, then regaining their trust, and then lying to them again.”