To Oliver Sacks, patients were people first: Resilient and adaptive, with a diagnosis that told only part of the story

"Ask not what disease the person has, but rather what person the disease has," the doctor and author wrote 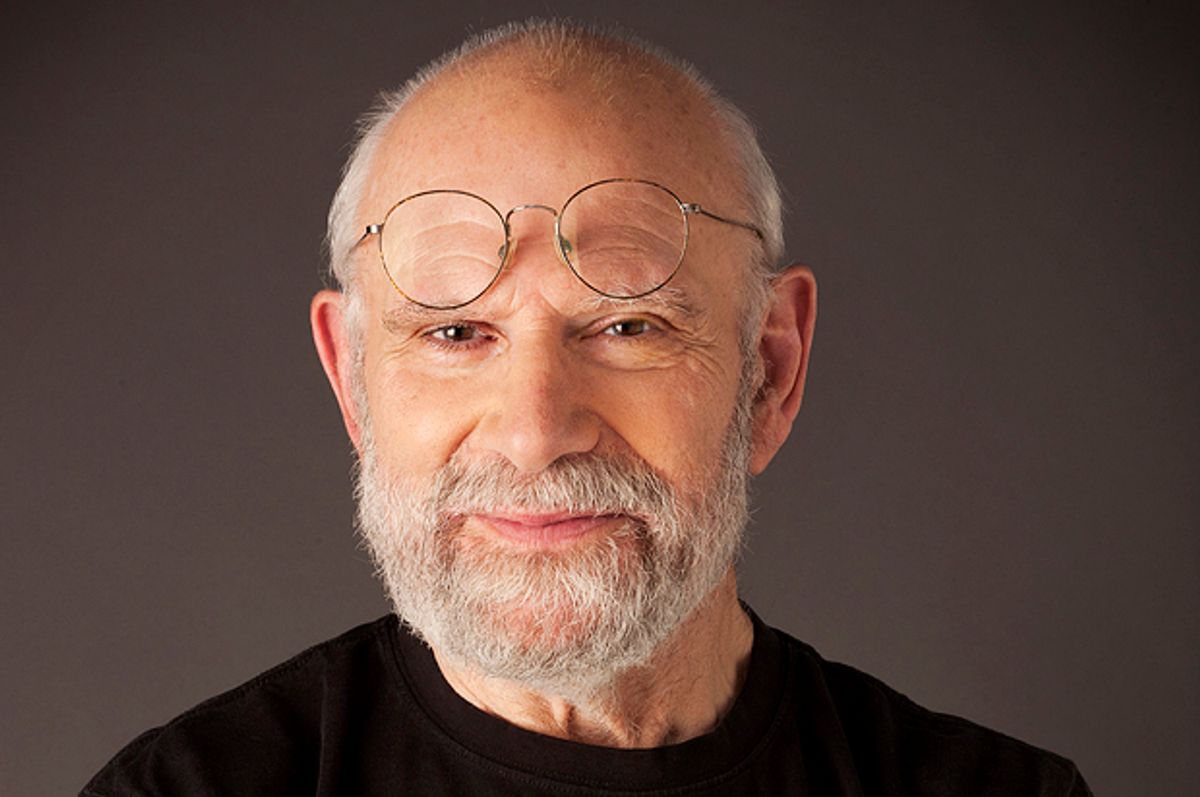 Oliver Sacks  wrote about exotic medical cases, but in every account of re-directed neural pathways or deconstructed conceptions of color lurked a larger story, about something in people that was miraculous because it was not rare. Sacks’ true subject was the ingenious, improvisatory responses of ordinary people to being alive.

The patients in Sack’s stories invariably, as he wrote in "The Mind's Eye," managed “to develop other ways of doing things, capitalizing on their strengths, finding compensations and accommodations of every sort.” They “not only cope(d) with disease, but transcend(ed) it.” It’s true that he was a bit of a sucker for uplift, but you never got the sense that he cherry picked his stories, or nudged them in one direction or another—it’s doubtful that there were a bunch of dispiriting case histories lying on his cutting room floor. At some point he must have realized that the accumulation of happy endings in his cases was revealing a broad, deep human capacity for adaptation, one not limited to those suffering from rare diseases or syndromes.

In “The Case of the Colorblind Painter,” an abstract artist suffers a concussion and loses his ability not only to “see” color, but to conceptualize it. After a period of depression, he realizes that he now occupies a black-and-white universe that had been previously inaccessible to him, and eventually comes to prefer his new orientation. “Although Mr. I does not deny his loss,” Sacks wrote, “and at some level still mourns it, he has come to feel that his vision has become ‘highly refined’, privileged, that he sees a world of pure form, uncluttered by color…He feels he has been given ‘a whole new world’, which the rest of us, distracted by color, are insensitive to.” His patient’s ability to creatively transcend limitations is something Sacks obviously identified with, as he chafed against the binds of specialization, medical convention and academic discipline. He believed that the human capacity for invention was the source of each person’s uniquely constructed identity.

In “The Last Hippie,” a Grateful Dead fan named Greg lacks the ability to form new memories,  leaving him mentally frozen in the early 1970s. In the moving climax of the story, Sacks brings him to a 1989 concert by the Dead at Madison Square Garden, where he hears the band’s newer songs and modern instrumentation as “the music of the future.” Sacks writes of his patient, “Though as a neurologist I had to speak of Greg’s ‘syndrome’, his ‘deficits’, I did not feel this was adequate to describe him. I felt, one felt, that he had become another ‘kind’ of person; that though his frontal lobe damage had taken away his identity in a way, it had also given him a sort of identity or personality….But was there a deeper Greg beneath his illness, beneath the shallowing effect of his frontal lobe loss and amnesia?”

Sacks’ question reflected his impatience with the circumscribed nature of traditional medical practice, and was at the heart of the philosophy articulated in his epigraph for the collection "An Anthropologist on Mars:" "Ask not what disease the person has, but rather what person the disease has.” A reductive conception of the human body as a collection of physical parts only served to limit the creative and moral imaginations of doctors and scientists. Sacks wondered “whether it might not be necessary to redefine the very concepts of ‘health’ and ‘disease,’ to see these in terms of the ability of the organism to create a new organization and order, one that fits its special, altered disposition and needs, rather than in the terms of a rigidly defined “norm”.”

It’s not difficult to hear in Sack’s description of his patients’ travails a discussion of less tragic, less extreme difficulties, like manic-depression or bipolar disorder, or even as a conversation about the affliction of being human. As Sacks pointed out, Greg was not facing something outside the realm of human experience, (God knows I’ve met more than a few people trapped in the ’70’s) but dealing with a more extreme version of it than most of us do. Sacks' essays could feel like ancient mythology in this way, and patients like Greg like heroes of legend, struggling with the capricious gods and monsters who make the world a difficult place for everyone.

Sacks wrote, “Mourning requires that one hold the sense of loss in one’s mind, and it was far from clear to me that Greg could do this. One might indeed tell him that his father had died, again and again. And every time it would come as something shocking and new and cause immeasurable distress. But then, in a few minutes, he would forget and be cheerful again, and was so prevented from going through the work of grief, the mourning.” Sacks decides to spare Greg the news of his father’s death. He in fact lies to the patient and lets him believe, momentarily, repeatedly, that his father is about to visit. Sacks’ compassionate view of his patients as people first and sick people second (or third, or tenth) elevated all of his work, and blurred the distinctions between his two vocations. He brought the tools of both to bear without regard for their respective conventions. Diagnoses, back-story, plotting, prognoses, treatment, coda — all worked in concert toward the goal of recognizing the entirety and particularity of a person, and what that person’s story can teach us about mundane human sublimity.