"There’s no way to stop the water, and no time to waste": The science behind rising sea tides

The world's fastest-moving glacier has already begun self-destruction, and it may prove beyond saving 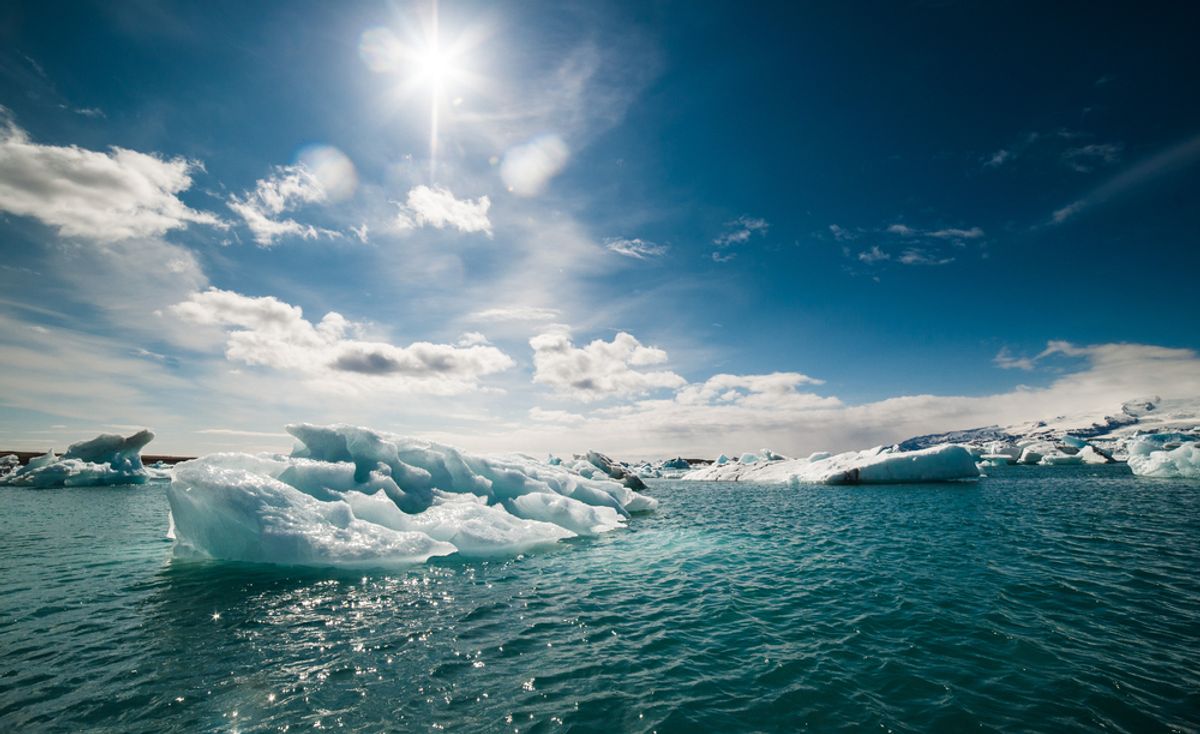 A hundred years after it spawned the iceberg that sank the Titanic in the North Atlantic, the Jakobshavn Glacier is now a major contributor to global sea-level rise, this time threatening the homes and lives not of 2,200 passengers and crew but of a billion people across the world.

As climate-watchers and coastal-dwellers keep a weather eye out for signals of irreversible changes in the environment, the world’s fastest-moving glacier has already begun self-destruction.

Jakobshavn is now shedding ice nearly three times as quickly as it was 20 years ago, dumping enormous and growing quantities into the ocean. It's contributed 0.1 millimeters per year to worldwide sea-level rise — more than 3 percent of the 3 mm produced globally — for the past decade.

The glacier “has been retreating for the last 100 years,” according to Ian Joughin, senior principal engineer at the Polar Science Center, part of the University of Washington's Applied Physics Laboratory. “Retreat” means a glacier is shrinking in length, losing more ice from its face that meets the water than accumulates from higher up.

But it was only in recent decades that the retreat reached extreme levels.

Jakobshavn’s story isn’t unique. For decades now, more ice has been melting into the ocean than is falling from the sky in the world’s mountain and polar regions, where ice sheets store two-thirds of the planet’s fresh water — and the science shows us the situation won’t reverse any time soon.

To understand exactly what’s happened and what's likely to come, it’s critical to understand the topography underneath each glacier.

First, a note on how to think about glacial ice: it's not as simple as frozen water. Scientists consider glaciers to be "nonlinear viscous fluids," which behave like both solids and liquids. Think of a glacier as a frozen river, always flowing at some speed from source to outlet, but growing and receding with the seasons. Because ice is heavy and not a perfect solid like rock, it flows under gravitational pull and pressure from above. Sometimes big chunks become unstable and fall into the sea. When Earth’s climate is in balance, about the same amount of water flows into the oceans from glaciers as is evaporated and then precipitated as snow onto ice sheets from which those glaciers are made.

The Jakobshavn Glacier, known in Danish as Jakobshavn Isbræ, has its origins in large areas of land well above sea level, from which it flows down toward the ocean (in this case, Ilulissat Icefjord), where it calves icebergs into the water.

As physicist Joughin describes it, Jakobshavn Glacier flows off the land and into the 1,600-meter-deep fjord, filling it entirely with ice for a distance of about 50 kilometers, ultimately climbing up a slope in the sea floor that peaks at about 600 meters of depth. The narrow sheet of ice coming off the edge of the glacier at that peak — called a “glacier tongue” — once served as a sort of “cork” for the glacier, holding it back significantly and preventing quicker loss of ice.

You can see the rise in sea-bed elevation just to the left of center inthis graphic.

In 1992, Jakobshavn was melting at a rate of about 6 kilometers a year. It was “about in balance” with the natural rhythm — gaining and losing roughly the same amount of ice over the course of a year’s winter accumulation and summer melting, Joughin said.

But in the late 1990s, the glacier’s tongue broke off, and the “uncorked” Jakobshavn began to calve and lose mass in ever-deeper water.

By 2000, the glacier was losing 11 kilometers in length every year, nearly twice the stable speed. As of last summer, according to a paper Joughin and others published recently in academic journal The Cryosphere, it was losing nearly 17 kilometers a year, retreating up the fjord into increasingly deep water that could cause it to melt even faster in the coming decades.

This graphic shows ice flow velocity as color over SAR amplitude imagery of Jakobshavn Isbræ in a) February 1992 b) October 2000. In addition to color, speed is contoured with thin black lines at 1000 m/yr intervals and with thin white lines at 200, 400, 600, and 800 m/yr. Note how the ice front has calved back several kilometers from 1992 to 2000. Further retreat in subsequent years caused the glaciers speed to increase to 12,600 km/yr near the front. The town of Illulisat is just off the edge of the image on the north side of the fjord. (Courtesy of PSC/APL/UW)

Jakobshavn’s dramatic change was recorded in the 2012 film "Chasing Ice," in a compelling scene that captured the calving of a kilometer of ice in a single event. That happens throughout the summer, Joughin said, though not always in such significant individual moments. (When it does, though, global seismic monitors have been known to register them as 4 or 5 on the Richter scale, he said.)

Here's the clip from the documentary:

Eventually — perhaps in about 100 years — the glacier will have retreated far enough that it will no longer feed directly into the fjord. At that point, essentially landlocked, the glacier will only shrink through melting, which happens much slower than calving. With that slowing will come more stability in terms of the glacier’s size. “The next stable condition could be a regionally smaller ice sheet,” Joughin said.

Jakobshavn would still contribute a significant amount of global sea-level rise before then. But the real danger lies at the other end of the Earth, in the West Antarctic Ice Sheet (WAIS), which holds enough water to raise the ocean between three and six meters.

The WAIS is also melting, but it’s doing it in open water; once the process starts, the sheet will never stop calving.

“The [WAIS] glaciers are going to keep retreating. At this point there is nothing we can do but watch,” said Eric Rignot, a glaciologist at the University of California Irvine who published his latest paper about the WAIS in December’s Geophysical Research Letters. “Just how fast they can flow, we don’t know,” he said.

It could take hundreds or thousands of years, but as Joughin puts it, the next stable point for WAIS is “no ice sheet.” By then huge areas of land, home to massive proportions of the world’s population, would be under water.

The question facing scientists and coastal dwellers is akin to the one facing the Titanic’s passengers: The water is rising, and we don’t quite know how fast it’s coming, or how quickly it will accelerate. But we need to plan, move, and adapt if we are to survive. There’s no way to stop the water, and no time to waste.