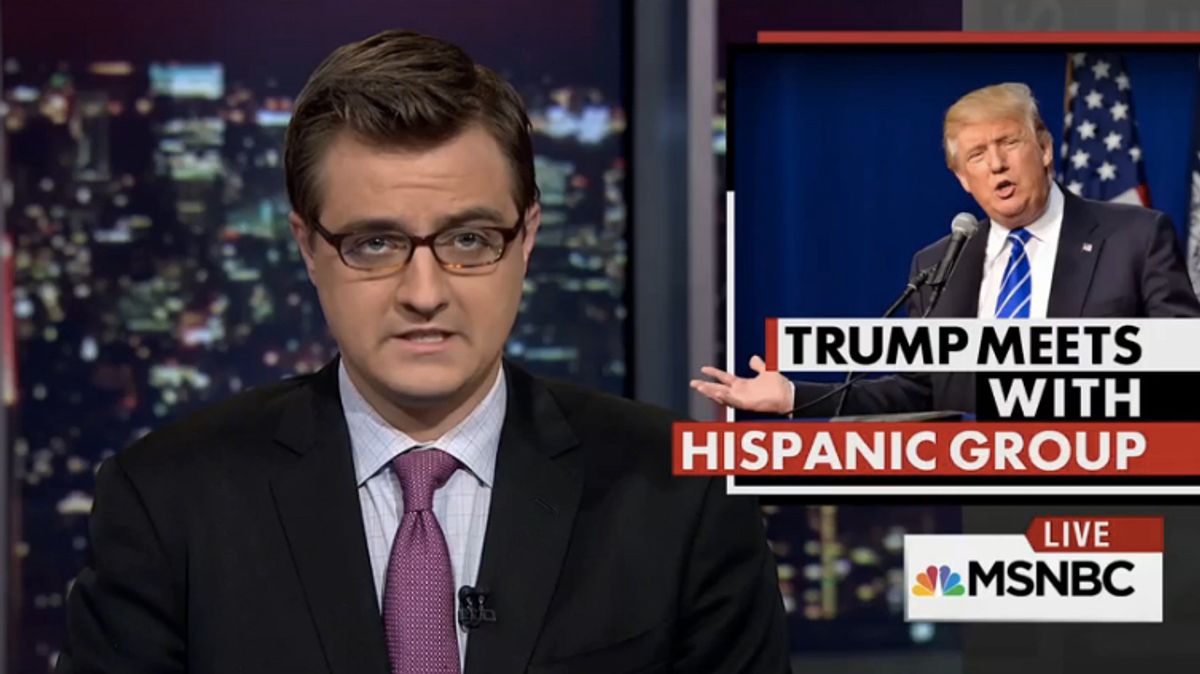 After Donald Trump descended from on high to announce his presidential ambitions and slurred Mexican immigrants as "criminals" and "rapists" in the process, the Hispanic Chamber of Commerce spearheaded a national boycott of Trump brands.

Chamber CEO Javier Palomarez cited the $780 billion immigrant-owned business contribute to the American economy to blast Trump's rise as "disastrous" at the time.

But yesterday, less than two months after announcing the boycott, Palomarez sat for a one hour meeting with the Republican presidential candidate in his Midtown New York office.

"I was very surprised," Palomarez told MSNBC's Chris Hayes during an interview on "All In" following the meeting between the Hispanic business leader and Trump.

Palomarez explained that Trump never once interrupted him during their discussion. "He was a gentleman. He listened much more than he spoke. He asked questions."

But Hayes expressed skepticism, noting a recent report that Trump once also told a group of DREAMers that he supported their cause. Palomarez attempted to explain his rationale for meeting with the leading Republican frontrunner who has called for the deportation of all undocumented immigrants and to amend the Constitution to strip the children of undocumented immigrants of citizenship:

Given his bombastic statements in the past, given the fact that we represent 3.2 million Hispanic-owned firms that contribute $486 billion to the economy, I felt it was important, our association, felt it was important to give him at least an opportunity to explain his views in further detail.

Watch Hayes' interview with the Chamber president, via MSNBC: