With a new anthem, "I Want to Kill My Rapist," Margaret Cho stands up for victims and survivors: "The rage women have against abusers is real" 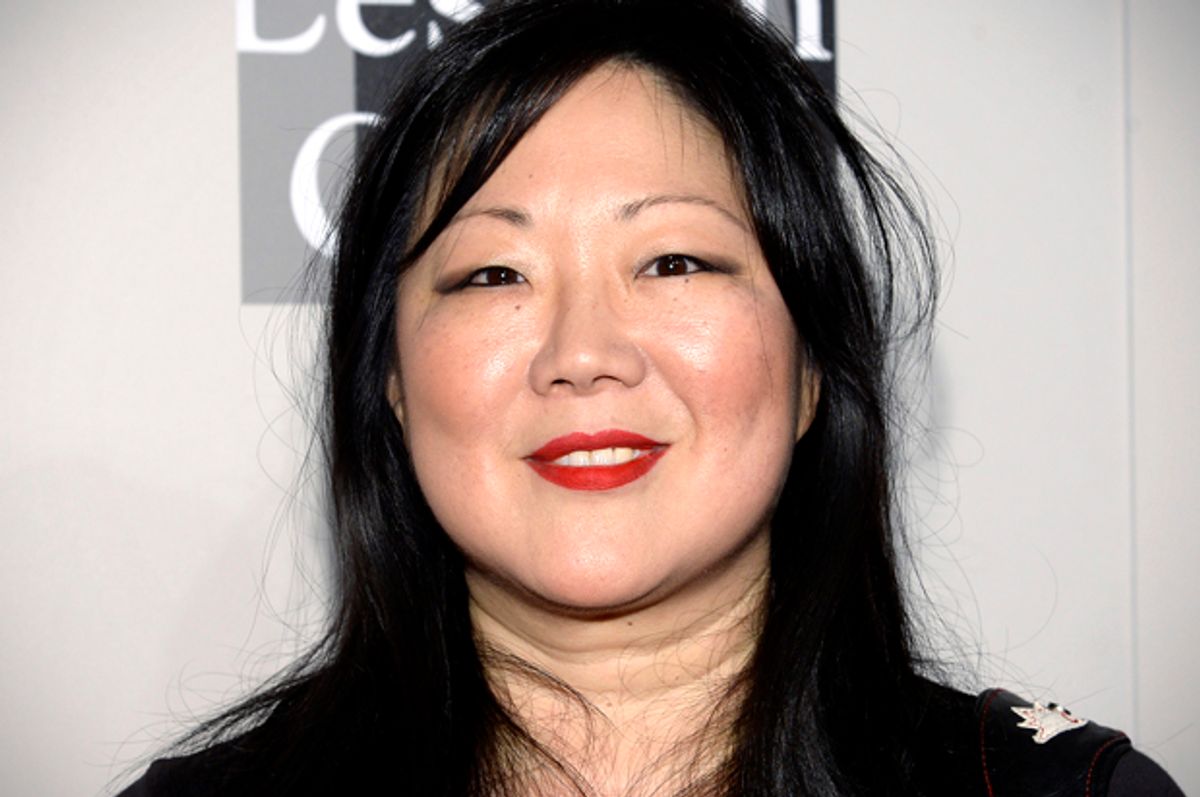 It's not just the sexual abuse and rape themselves. It's, for many survivors, what comes afterward too. It's the bullying and the blaming. Or it's the silence, the refusal to acknowledge that it even happened. And as Margaret Cho reveals in an interview this week with Billboard, often, it's all of those things.

Billboard writer Danielle Bacher admits this wasn't the interview she'd imagined having with the 46 year-old comic, whose new Showtime special airs later this month and whose "psyCHO" comedy and music tour kicks off in October. While Cho has never shied away from difficult subjects — she's spent her career openly discussing substance abuse, race and sexuality — her candid discussion of her experiences reveals yet another side of her. And if you can't tell how she feels about her past right now, the title of a track from her forthcoming album gives a clue. It's called "I Want to Kill My Rapist."

Cho tells Billboard that from the time she was five until she was 12, she was molested repeatedly by a family friend. She says, "I had a very long-term relationship with this abuser, which is a horrible thing to say. I didn’t even understand it was abuse, because I was too young to know. I endured it so many times, especially because I was alone a lot." Then, at 14, she says she was raped by an acquaintance, and that "I was raped continuously through my teenage years, and I didn’t know how to stop it. It was also an era where young girls were being sexualized."

Throughout the years, Cho says she has faced a barrage of messages, both at home and at school, that reinforced her feelings of confusion and powerlessness. She says that her family members — who know who her abuser is — "don’t really want to talk about it, because that would make it real somehow. I think Asian culture often is in denial about such things. Like, if they don’t talk about it, it doesn’t exist. So it makes me unwelcome in some ways."

She also talks about how she was severely bullied in both high school. "When I was raped in high school, it was the first time I had sex that was penetrative, so it was different and weird. I told someone that I was raped, and the kids at school found out and said, 'You are so ugly and fat that the only way anybody would have sex with you is if they were crazy and raped you. So don’t act like you are hot and somebody wanted to fuck you," she says. "'It’s because you are disgusting, and you deserve to be raped.'"

She says that she sometimes still searches on Facebook for the people who bullied her. She knows that "I have to watch myself because I don’t want to be a bully. It’s just funny to think about." But she also says, "I hope these people are dead."

Coming so soon after Chrissie Hynde's revelation of her own rape at 21, of which she says, "This was all my doing and I take full responsibility," Cho's fearless honesty and lack of self-blame are powerful. "All I have is ownership of my own suffering," she says. "I can take that and explain it in a way that helps resolve it. But I often think, 'How do I have sanity? How do I bring justice?' I kind of save myself through it."

And in the process, help give a measure of sanity and salvation to others. Her childhood and adolescent experiences are still horrifically common — and the taunting and additional abuse that survivors endure has now become, thanks to social media, in many ways an even more public and durable part of the experience for many. The refrain that Cho heard so long ago still goes on: It didn't happen, but if it did, it's your fault. Don't make waves, don't talk about it. You're not pretty enough to be raped anyway. Because the shame of being raped is still the victim's, not the rapist's.

These are not things that are in the past. They are alive in the memories of survivors, and they are alive in what people who are sexually assaulted are enduring right now — from their families, from their peers, from the cops. It creates its own special form of trauma, and the people who come forward to talk about it, knowing full well they may be in for more of the same, are nothing short of heroes. Cho says, "I’m a victim and now a survivor of sexual abuse and rape, and I think it’s really hard to talk about it. I think having a song to perform live will allow others to talk about it…. The rage women have against abusers is real. We have the power to come forward and say 'This happened to me.'"