Burning Man founder's bizarre explanation for diversity problem: "Black folks don't like to camp as much as white folks"

Also watch this video that reveals the faux headdress, dreadlock-clad scene that is Burning Man 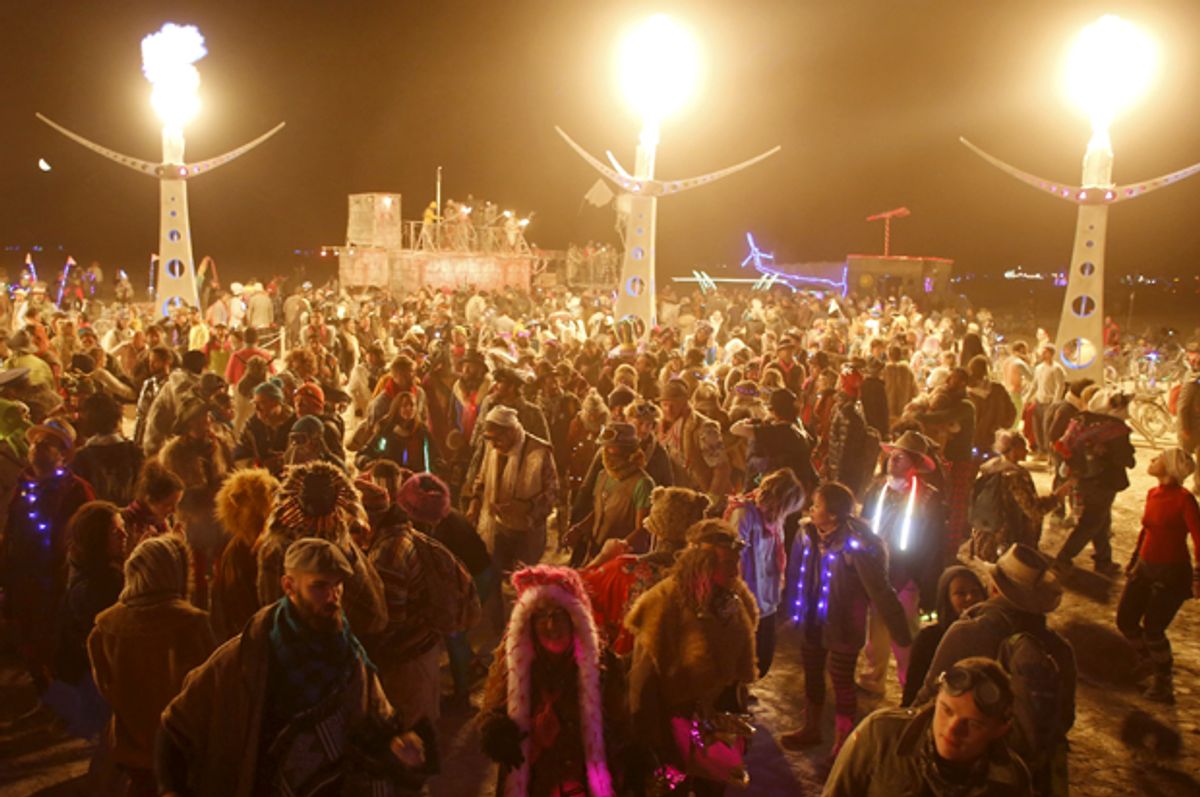 Participants dance at White Ocean during the Burning Man 2015 "Carnival of Mirrors" arts and music festival in the Black Rock Desert of Nevada, September 4, 2015. (Reuters/Jim Urquhart)
--

Burning Man founder Larry Harvey told The Guardian, "I don’t think black folks like to camp as much as white folks” when asked in an interview why there is a lack of racial diversity at the festival.

Harvey also said he would investigate the ultra-rich camps highlighted in a recent New York Times article about the increasingly affluent crowd at the Black Rock City desert fest that began in 1986 on a San Francisco beach.

A recent census found that 87% of "burners" identified as white; 6% identified as Hispanic, 6% as Asian, and 2% as Native Americans, according to The Guardian.

Harvey said he would not set a "racial quota" and added, “I think it’s a little much to expect the organization to solve the problem of racial parity. We do see a fast-increasing influx of Asians, black folks. I actually see black folks out here, unlike some of our liberal critics.”

Here are some of the other many highlights:

“Remember a group that was enslaved and made to work. Slavishly, you know in the fields. This goes all the way back to the Caribbean scene, when the average life of a slave in the fields was very short. And, so, there’s that background, that agrarian poverty associated with things. Maybe your first move isn’t to go camping. Seriously.”

On his family and why he understands what it's like to be a black "burner':

“I know how she felt. My son is biracial, if that term makes any sense, but he’s considered black because it’s a touch of the brush [which] brands you black anywhere. So I’ve encountered that, in reactions to my family.”

On Burning Man and wealth:

“We’re not going to judge people in terms of the amount of wealth they bring to the event.” Silicon Valley “had always been well represented” at Burning Man.