Anti-war demonstrator interrupts Dick Cheney's warmongering Iran speech: "Why should we be listening to him?" 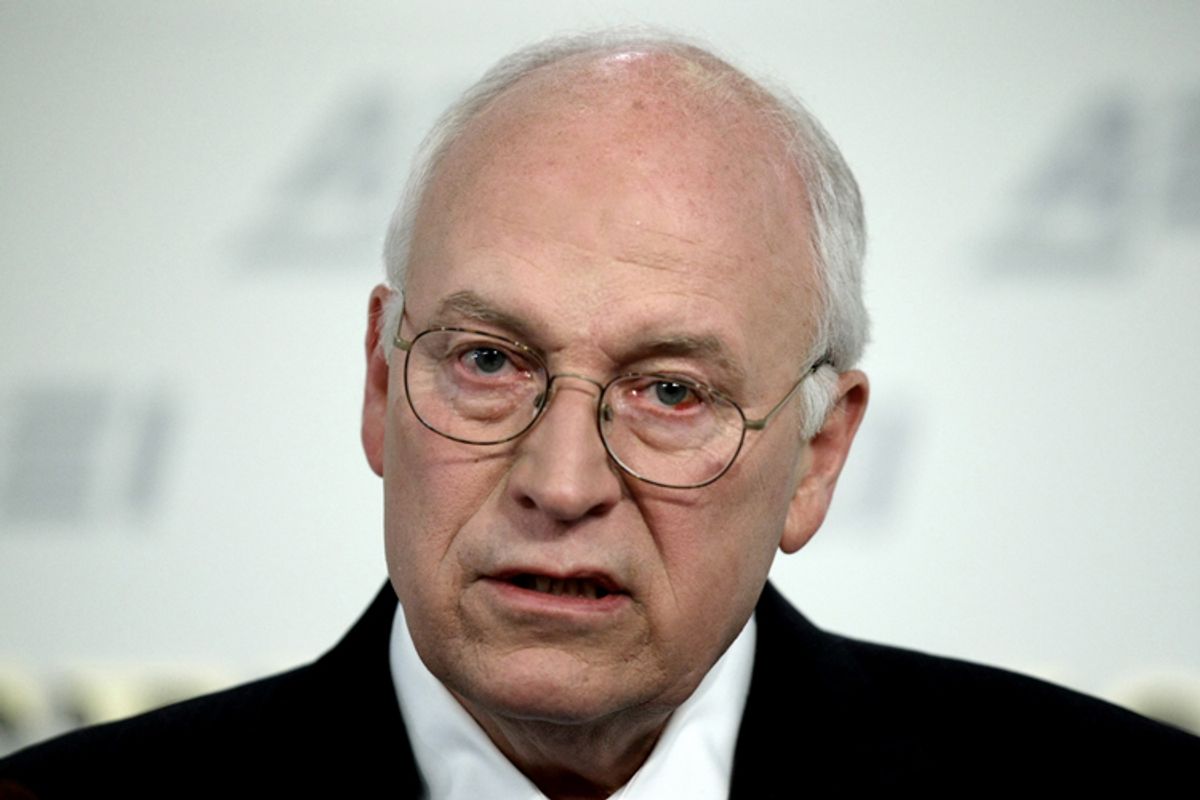 During his 45 minute speech attacking the Iranian nuclear deal today, former Vice President Dick Cheney was interrupted by a young protestor demanding to know why Americans should listen to the outspoken foe of the international agreement when he was so fundamentally wrong about the war in Iraq.

"Why should we be listening to him? He was wrong on Iraq, he's wrong on Iran," a young woman who appeared to be associated with the anti-war group Code Pink loudly asked before she was booed by members of the audience.

In front of a conservative audience at the American Enterprise Institute that included top deal opponent Arkansas Senator Tom Cotton seated in the front row, the young protestor unfurled a pink banner that read, "CHENEY: Wrong on IRAQ, Wrong on IRAN."

"My generation wants peace," she insisted. "Let's try diplomacy and peace. Not war."

"We have to try to diplomacy," she continued before the boos in the audience picked-up.

As the woman began to be escorted out by AEI officials and security, including AEI Fellow and Fox News contributor Marc Thiessen, she continued her protest, adding, "Cheney is a war criminal," before an audience member appeared to leap out of his chair in frustration, attempting to wrestle the banner out of her hands. The audience member eventually returned to his seat after being told to release the banner by an AEI official escorting the woman out.

Another audience member then quickly leaped out of her seat to yell, “Get out of here!"

"Try diplomacy once more," the young protestor replied as she was pushed out of the door. “No more war mongering,” she added on her way out. “We want peace. We want peace.”

For his part, Cheney stood silently until the woman was vacated from the room before simply saying, "thank you very much" with a chuckle and to loud applause.