Echoing other GOP candidates, Christie charges "the president has encouraged this lawlessness” 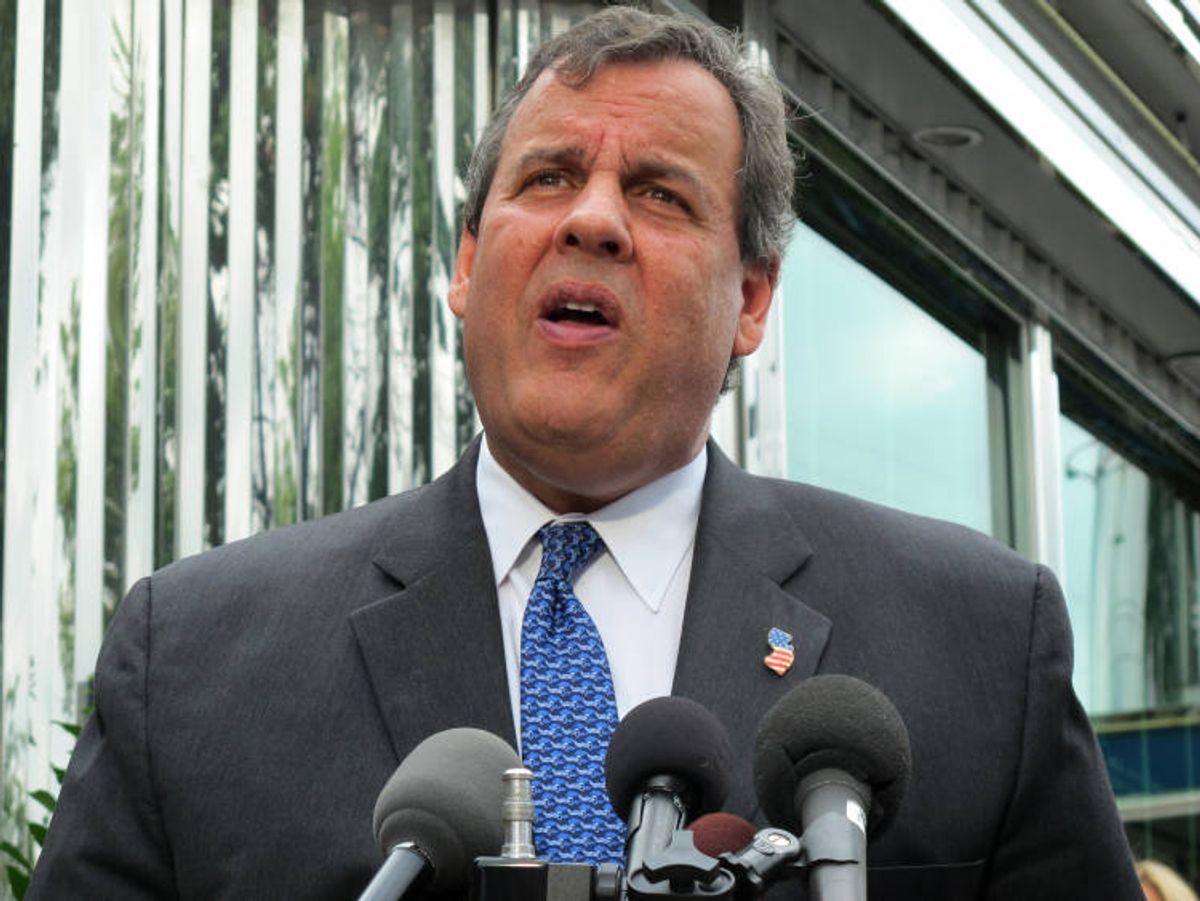 New Jersey Gov. Chris Christie criticizes the nuclear accord brokered by President Barack Obamas administration during a campaign stop near Annapolis, Md., on Wednesday, July 15, 2015. Christie, who is running for the GOP nomination for president, said the claim that inspections can happen anytime is another in the series of his lies. (AP Photo/Brian Witte) (AP)
--

“It is coming from the top,” Christie said on today's edition of MSNBC's "Morning Joe," blaming President Obama for the recent deaths of police officers in Texas, Illinois and shooting of police officers in Las Vegas over the holiday weekend. “Whether it is New York, Chicago or San Francisco, it is happening everywhere ... the president has encouraged this lawlessness," Christie asserted.

Christie specifically blamed the Obama administration's refusal to go after state-passed initiatives to legalize recreational marijuana in places like Colorado and Washington, telling the host of Fox News' "Fox & Friends" in yet another cable news appearance this morning that "this is the president's problem, because he has not allowed law and order to be the rule of the day in the United States. Lawlessness has been the rule of the day. And now the president says little or nothing about these police officers that are being hunted."

"Law and order," Christie argued, "will restore some sense of normalcy to people's lives."

Last week, Christie's Republican rival, Wisconsin Governor Scott Walker published an op-ed on the conservative website Hot Air alleging "a rise in anti-police rhetoric" during the Obama presidency and Texas Senator Ted Cruz used language nearly identical to Christie's to blame Obama for the shooting of a Texas Sheriff's Deputy. "Cops across this country are feeling the assault … They’re feeling the assault from the president, from the top on down as we see, whether it’s in Ferguson or Baltimore, the response of senior officials of the president, of the attorney general, is to vilify law enforcement," Cruz recently told reporters in New Hampshire.

According to the National Law Enforcement Officers Memorial Fund, firearms-related fatalities for police officers are down 24 percent this year. So far this year, The Washington Post has counted 666 people shot dead by U.S. police. The Guardian counts 786 people killed by police by any means.

Watch Christie blame the unrelated killing of police officers across the country on President Obama: