Twilight of the War on Drugs: Why America might finally accept full decriminalization — and why David Simon worries it won't

Thanks to growing disillusionment, and advocates like "The Wire's" David Simon, the end might just be coming 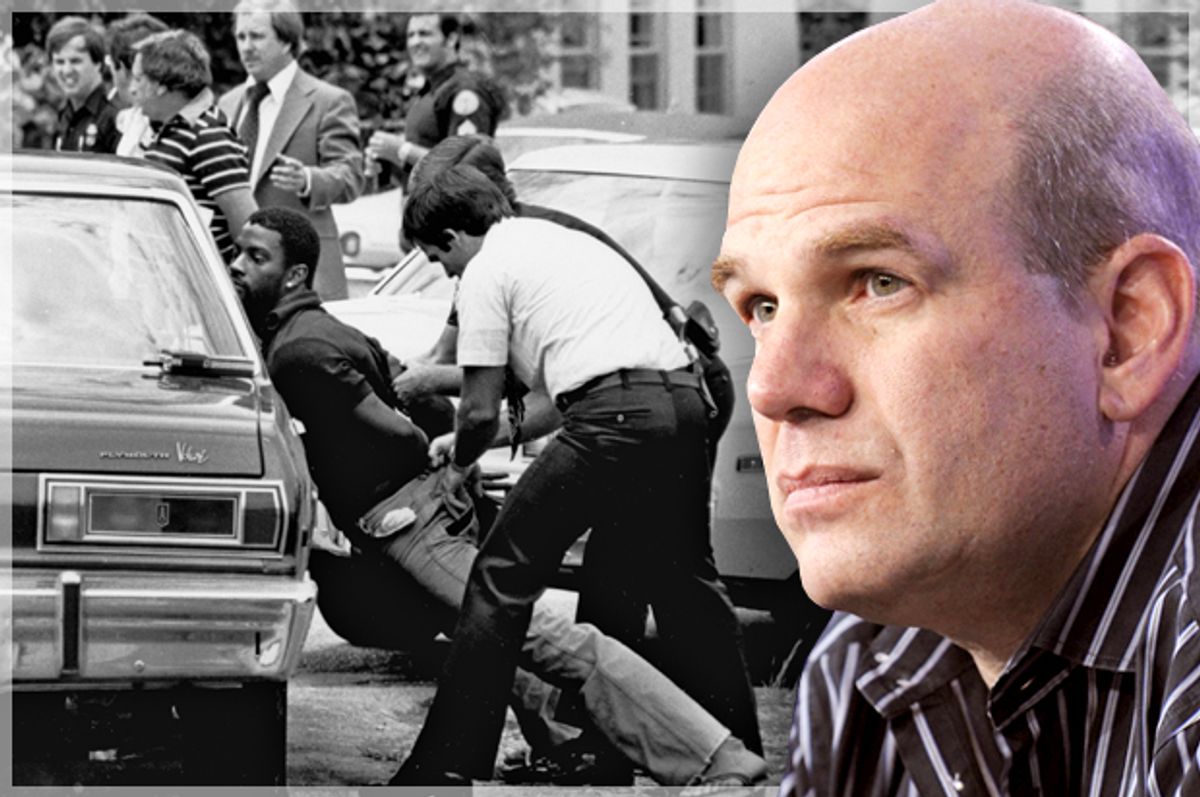 Every so often, a fringe political movement wins mainstream acceptance so quickly that its codification in law — once at hand — feels both obviously correct and long overdue.

The most recent example, of course, is gay marriage. In just one decade, American support for same-sex unions jumped from 36 percent in 2005 to 57 percent in 2015. By the time of the landmark Supreme Court ruling earlier this year, gay marriage had moved from a pipe dream to common sense.

Another idea now stands poised to follow a similar trajectory: The War on Drugs has created suffering on an unimaginable scale, with no discernible benefit. "If this were a war fought for four decades by any other generals with this outcome, we’d have run up the white flag years ago," David Simon, creator of The Wire, told Salon in a phone interview.

Drug prohibition has criminalized an entire portion of our population, poisoned relations with foreign nations and spawned endless cycles of violence in our inner cities. It has done essentially nothing to reduce drug supply or rates of addiction.

America is slowly waking up to this reality. As with our gradual embrace of the gay community, the first steps are taken in the world of fiction. This cultural vanguard (“Sex and the City” and “Will & Grace” then; “The Wire” and “Orange is the New Black” now) opens the possibility for a new sort of political discussion, one that in turn leads to even wider public awareness through a virtuous feedback cycle.

Of course, it’s impossible to predict future trends in public opinion with certainty. And serious reforms of our drug policies — the kind that looks beyond marijuana and to harder drugs — are still met with what the poet William Blake called the “mind-forged manacles” of superstition.

But the signs are unmistakable. The foundations of our insane drug war are beginning to crack; the status quo is already being rocked — chipped at by an array of motivated advocates, increasingly confident in the clarity of their logic and the righteousness of their cause.

The day we decriminalize all drug use may not arrive in this decade, or even the next one. But it is coming.

Americans do not yet believe in the decriminalization of all drugs. But they increasingly hold a set of views that makes this major shift in our drug policy — one that would treat drug users as victims of addiction rather than criminals to be punished — all but inevitable.

The clearest evidence of this comes from a 2014 Pew report, "America’s New Drug Policy Landscape," which identified a growing sea change in public attitudes about punishing drug use. In 2001, only 47 percent of Americans supported states that moved away from mandatory prison terms for non-violent drug users. In 2014, just 13 years later, the number of Americans approving an end to mandatory minimums had soared to 63 percent — a rapid change that mirrors shifting views on gay marriage. Overall, Pew found, a full 67 percent of Americans now say that the government “should focus more on providing treatment” for cocaine and heroin users than prosecuting users.

A feature piece in Politico this July argued that the summer of 2015 “could be viewed historically as the tipping point” of the prohibition of marijuana, the first time the Drug Enforcement Administration “found itself in unfamiliar territory as a target of congressional scrutiny, budget cuts and scorn.” That’s accurate, but it’s also too narrow a conclusion.

The current transformation of our drug attitudes is only beginning with the gradual repeal of marijuana prohibition, which represents just a fraction of the drug war, says Bill Martin, director of the Drug Policy Program at Rice University's Baker Institute for Public Policy.

Martin has been trying to change our nation’s drug policy for 35 years. No period during that span comes close to rivaling the pace of change in attitudes over the last five years, he says. He notes that a recent poll found that just 3 percent of Americans think we’re winning the War on Drugs, that myths around drug use are starting to fade, and that decades-old “fear tactics” have lost their potency.

“There’s a lot of loose bricks in the wall of resistance to change,” he says.

Martin also notes that the debate is essentially already over among academics. In 2014, five Nobel Prize co-authored a report urging the end of the War of Drugs and for “drastically reallocating resources away from counterproductive and damaging policies towards proven public health policies.” A recent story by Vox found all drug policy experts favoring full decriminalization. “There is broad consensus in the medical and scientific communities that substance abuse should be viewed and treated as a medical and public health problem, not a crime,” wrote Martin and Jerry Epstein, president of the Drug Policy Forum of Texas, in a May 2015 report.

Already, these shifts in academic and public perceptions are creating an opening for bold policy experiments. Most dramatically, Seattle has launched a new program that allows police to take users or low-level dealers to social services programs instead of through booking and jail. Recidivism rates have plummeted as a result of the “Law Enforcement Assisted Diversion Program,” according to researchers at the University of Washington.

The idea is already drawing interest from outside the west coast liberal mecca. This summer, President Barack Obama hosted a gathering of 200 mayors, police chiefs and other officials at The White House to discuss the LEAD program. Portland, Maine; Santa Fe, New Mexico; and both Ithaca and Albany in New York will be implementing versions of LEAD.

Seattle’s policy does not amount to the decriminalization of drugs. But in both principle and practice, it marks the first major public policy to treat drug abuse as a disease. As other municipalities learn about the known impacts of doing so — less crime, reduced public costs, fewer addicts — they are likely to follow suit.

In 1971, President Richard Nixon officially declared a war on drugs. Sold as a way to curb addiction, it instead became a war on drug users.

Nationwide, the addiction rate has remained steady, despite the nearly $1.5 trillion funneled into the drug war over the past four and a half decades. In addition to the tremendous economic cost, there’s been a devastating human cost.

Around half of federal prisoners and one-fifth of state prisoners are behind bars for selling or using drugs; today, the United States is home to 5 percent of the world’s population but 25 percent of its prisoners.

Of course, poor and minority communities have been hit the hardest. While blacks represent about 12 percent of the overall population, they represent 59 percent of those in state prison for drug offenses – though blacks and whites have similar rates of drug use (and some data even show that whites are more likely to sell drugs).

The blatant injustice in this system is impossible to defend with vague — and disproven — hopes about reducing addiction rates.

“If drug prohibition could be shown to significantly reduce addiction and drug use and the availability of dangerous drugs without doing such extra damage to society as a whole, then we would have something of an argument," David Simon told Salon. "Then we’re trading good and bad … but we don’t even have that discussion, [because] that’s not happening,”

Simon doesn’t share our confidence that full decriminalization could come to pass, worrying instead that marijuana legalization will take the momentum out of drug reform movement. “Marijuana is … the place where the vast majority of white middle class users encounter law enforcement,” he says. “If you can take that voting block, that part of the culture, and remove them from the argument and pacify them — I worry that what seems to be a growing disenchantment with drug war will lose steam.”

Simon may well be right. But we believe that the public polling data clearly signals the beginning, not the end, of a sea-change in American views about our drug war. And it cannot be long before this ongoing transformation in attitudes about drug addiction — backed by a growing cultural, political and academic consensus —  births a transformation in our public policies as well.