Donald Trump: If elected, "we'll have so much winning, you'll get bored with winning"

Somewhere, an assistant's being told "You're fired!" for not informing him that "winning" ain't what it used to be 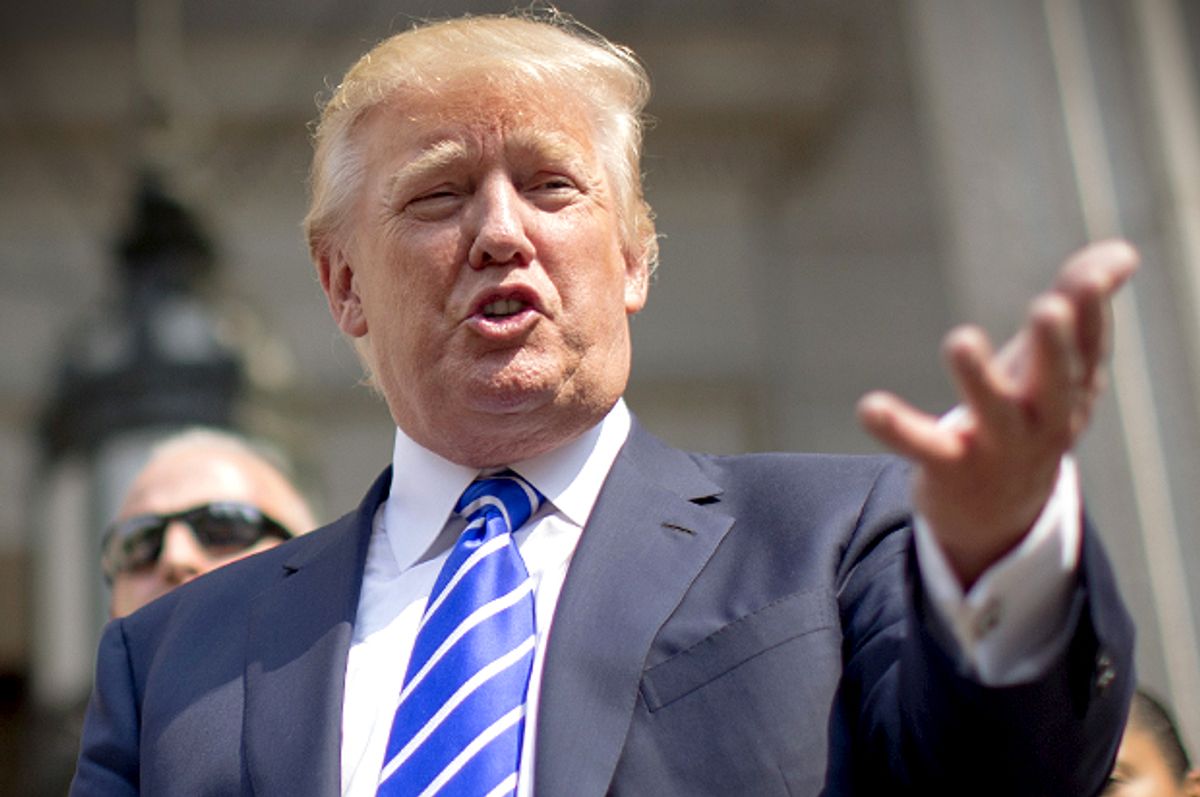 During Ted Cruz and Donald Trump's Tea Party-sponsored protest of President Barack Obama's "catastrophic" Iran deal, the real estate magnate claimed that "we will have so much winning if I get elected, that you may get bored with winning."

It was a strangely and strongly worded political statement, pure self-interested bluster, which is probably not what the Texas Senator anticipated when he invited Trump to the protest. Then again, there was only one reason Cruz invited Trump to the event: "When Donald arrives, he brings an army of TV reporters, an army of cameras that show up. And Donald's being there -- he very graciously accepted -- means the mainstream media will cover the event."

Which, given that this article exists, is true. People are paying attention -- if only obliquely -- to Cruz again. His statements about Trump were so laudatory that it's difficult to imagine that the invitation isn't him angling for a vice presidential slot.

"A lot of the other candidates have gone out of their way to smack him with a 2x4, said some really nasty, vicious things," he recently said. "I've gone the other direction -- I've sung his praises. He's bold, he's brash and I think the support he's gaining right now in the polls is because people are looking for someone willing to stand up to Washington."

It'd be difficult to imagine Trump singing his own praises any better -- except that it isn't, because this is Donald Trump, who in a USA Today op-ed on Tuesday wrote that "[w]hen I am elected president, I will renegotiate with Iran — right after I enable the immediate release of our American prisoners and ask Congress to impose new sanctions that stop Iran from having the ability to sponsor terrorism around the world."

The op-ed -- which was written, no doubt, to bulwark his foreign policy credentials after his humiliating interview with Hugh Hewitt last week -- outlines exactly what the United States will win once Trump is elected and the winning commences, but it's woefully short on how he'll earn those wins and at what cost.

He likely believes that -- but he also believes he's a self-made man who's earned the fortunes he's lost, and that his father built an empire without the help of federal assistance, so what he believes isn't really the issue here.

Watch Trump toot his own horn below via Vine.