Every inspiring story about climate change I hope to read

Republicans might not recognize climate change, but the rest of the world does. Here's what I'm looking forward to 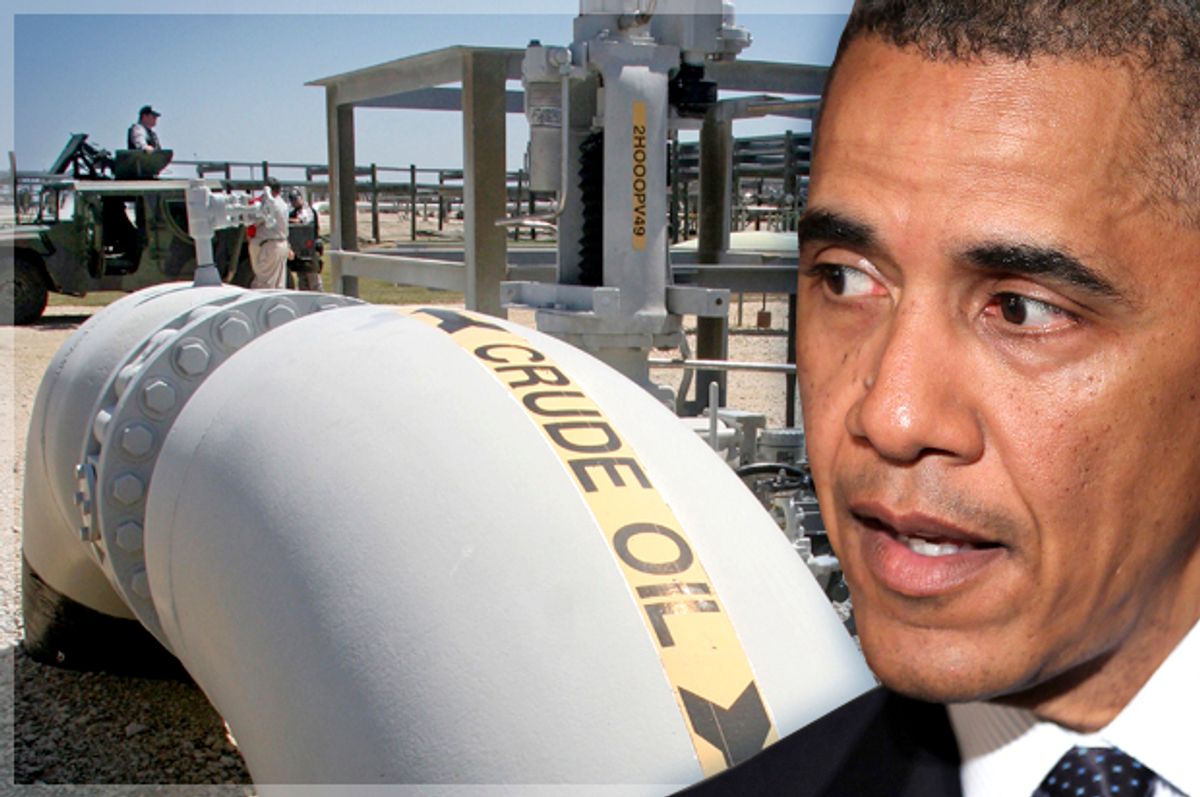 Climate change, I regret to report, is still happening.

I know. I know. There have been victories, to be sure. But despite two years spent talking about it incessantly, and despite the strong enthusiasm for the topic displayed by Salon readers (thanks, everyone!) I have been denied, in my time spent blogging on the topic, the chance at a "Mission Accomplished" post.

I guess that's to be expected. But not only is climate change still happening, things often seem to be getting worse. The West Antarctic ice sheet may have entered a period of unstoppable collapse, 2015 is expected to be the hottest year on record "by a mile" and every Republican running for president is dead-set on driving us further into climate crisis. Even if we were to completely stop burning fossil fuels today, cold turkey -- and, unfortunately, I don't foresee that one coming -- climate change would still be happening, and would keep going for quite a while.

The only difference is, I will no longer be writing about it. I'm moving on and, at least for the near future, am stepping away from the climate beat. And while a small, evil part of me will miss being Salon's resident buzzkill, a much bigger part regrets, immensely, the fact that I won't be around to report on the good news that is sure to accompany the bad. The world, at long last, is beginning to recognize climate change as the crisis it is, and is slowly, but surely, beginning to do something about it. It's not enough -- and it may never be enough -- but looking ahead, there's a lot that can still go right.

Here's what I'll be cheering for:

The world agrees to a strong, binding climate deal

When what's sure to be a frenzied 10 days in Paris this December come to an end, we'll either have a strong, global agreement to reduce greenhouse gas emissions ... or we won't. (Or, perhaps more likely, we'll have something, the ultimate impact of which is up to interpretation.) And while plenty's been done to ensure that our last, best hope for preventing catastrophic climate change doesn't turn into another failure à la Copenhagen, a positive outcome is by no means assured. Whatever does happen, it's guaranteed not to be enough, on its own, to limit global warming to the agreed-upon limit of 2 degrees Celsius, and pledges are unlikely to be legally binding (but hey, a girl can dream). But what the world needs from Paris are ambitious, serious pledges from the nearly 200 countries involved to change the course of history -- and assurances that they'll have the wherewithal to follow through.

Developed countries, the U.S. included, have yet to make good on their pledges to help developing nations adapt to the impacts of climate change and reduce their own greenhouse gas emissions. Paying the $58 billion in outstanding debt would be a moral victory -- not to mention a key way of ensuring that the Paris talks are a success.

It'd be a symbolic victory with a relatively minimal (but still very real) impact on climate change, but even as such, President Obama's decision to close America's borders to TransCanada's controversial pipeline would carry major weight. It'd represent a major victory for the climate activists who have spent years calling for the pipeline's rejection, and would allow the president to indicate, with maximum possible impact, that he means what he says when he says that climate change "is a solvable problem if we start now.”

Greensburg, Kansas; Burlington, Vermont; and Aspen, Colorado have all done it. And others, including the entire state of Hawaii, are well on their way. Mitigating climate change isn't something that can happen solely through top-down measures, so hopefully, we'll be seeing even more local initiatives like this, serving as proof that it's entirely possible to meet all of a city's electricity needs with renewable energy.

California Gov. Jerry Brown is making headlines for his ambitious plan to reduce the state's personal contribution to climate change, which includes legislation that would slash its use of petroleum a full 50 percent by 2050. The oil bill is not going to pass without a fight, but state politicians are talking up the importance of it being a success -- and admit that it would send a terrible message if they fail to pass it. “The rest of the world is watching very closely what is happening in California, and I think so far they see a success story,” Democratic state Sen. Kevin de León told the New York Times this week. “Our economy has grown -- we are adding jobs, and we are reducing our carbon emissions. Therefore it is absolutely crucial that this measure passes because it will be a big blow to the rest of the states and the whole world if it doesn’t.”

U.S. voters turn out in support of a candidate who's ready to fight for our planet

A survey conducted last year by the Yale Project on Climate Change Communication found that registered voters are 2.5 times more likely to support a candidate who supports climate action -- and 3.5 times more likely to oppose someone who opposes it. The 2016 elections are off to a good start in these regards, as the Democratic contenders, in apparent recognition of such voter sentiment, are already duking it out to prove their green creds. As the contest heats up, it'd be great to see Americans treat the candidates' commitment to fighting climate change (or not) as a make-or-break issue. Because so far as the planet's concerned, it will be.