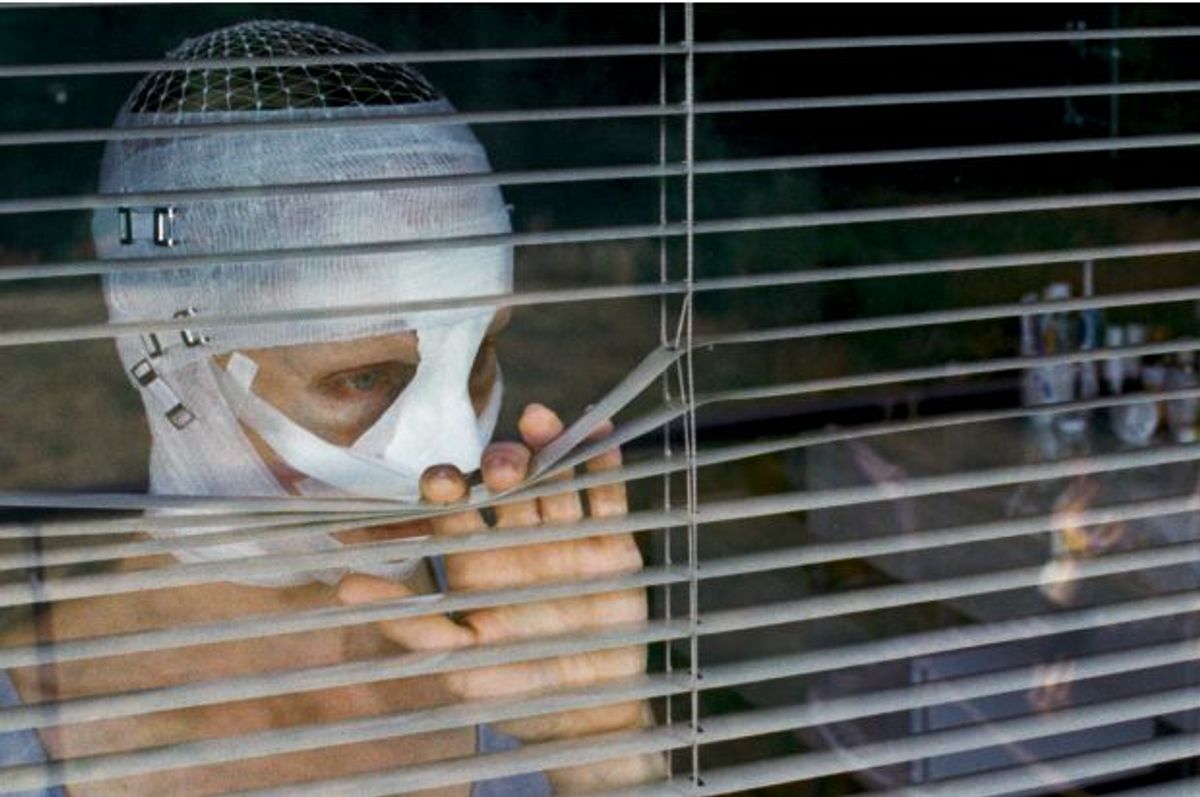 At this point there is almost an entire genre of movies about the Deeply Disturbed European Family, going back to the postwar art-house cinema boom and carrying well forward into the shifting cultural landscape of the 21st-century European Union. “Goodnight Mommy,” a terrifying, atmospheric and exceedingly well-crafted psychological thriller from the Austrian writing-directing duo Severin Fiala and Veronika Franz, is being promoted for American release as a horror movie after a year of building buzz on the festival circuit. So it is, believe me – if you are looking for reassuring conclusions and redemptive messages about the state of humanity, you will have to look elsewhere. And while there are no special-effects monstrosities or oceans of gore, the shocks delivered in the final act of “Goodnight Mommy” are extreme enough for any horror buff.

But Fiala and Franz are tapping into two traditions at once: On one side of this movie, we see the Euro-horror explosion that has produced international hits like Alejandro Amenábar’s “The Others,” Juan Antonio Bayona’s “The Orphanage” and Alexandre Aja’s “High Tension.” On the other, we see more self-consciously allegorical “art films” (a label that has almost lost its meaning) like Alex van Warmerdam’s “Borgman” and Yorgos Lanthimos’ “Dogtooth,” surely the most unlikely crossover foreign-language hit of recent years.

Since “Goodnight Mommy” comes from Austria, and has now been named as that nation’s official candidate in the foreign-language Oscar race, there is no avoiding the enormous shadow of Michael Haneke, the director of “Funny Games” and “Caché” and “Amour” and numerous other films where affluent European families completely snap the tether. Not only did Haneke pioneer the distinctive European café blend of art-house horror, he also put Austrian cinema on the global cinematic map all by himself. (He has also spent the latter part of his career living and working in Paris, and if you have spent any amount of time in Austria you really can’t blame him.)

OK, despite my snark, it’s not fair to describe the birthplace of Adolf Hitler (and for that matter of Arnold Schwarzenegger) -- a nation that was far more enthusiastic about Nazism than Germany was -- as devoid of interest or historical significance. Austria is in the news right now as the principal European entry point for refugees from Syria and the Middle East, and that’s an updated version of the reason why it was once the seat of an impressive empire. This polite little country of pastries and waltzes has long served as a buffer or border zone between the “civilized” capitals of Western Europe and the wild, wild East of vampires, dragons and deranged despots. That past is always present in Haneke’s films, and even more so in those of Ulrich Seidl, the sardonic and nihilistic social realist who produced “Goodnight Mommy.” (Seidl is married to co-director Veronika Franz, who has co-written several of his films.)

Is all that background relevant to a classic tale of “who’s really crazy?” set in a lovely modern house on the edge of the Austrian forests, featuring a pair of identical twin boys and their scary-skinny mother, who keeps her face swathed in bandages and rarely comes out of her room? Maybe yes and maybe no; that’s up to you. But I don’t think it’s a coincidence that nearly all of this recent wave of super-creepy European film comes from countries with recent historical experience of fascism or totalitarianism, and I also don’t think it’s a spoiler to say that everybody in “Goodnight Mommy” is as crazy as it gets, and that their context and their environment have something to do with that.

Elias and Lukas, a pair of rambunctious boys around 9 or 10 (played by real-life twins Elias Schwarz and Lukas Schwarz), like to play in the woods and cornfields and swamps around their rural home. They seem aggressively normal at first, but there is the whole question of their mom (Susanne Wuest), who is apparently a well-known Vienna TV personality but has returned home after an unexplained surgery with her entire head wrapped in bandages. Something has clearly gone wrong, but from an adult perspective it seems reasonably comprehensible: Their dad is no longer in the picture and Mom is profoundly depressed, but the nature of her surgery and the source of her depression is not clear either to the boys or to us.

Although it’s obviously and purposefully difficult to tell the boys apart, Lukas begins to convince Elias that this damaged, angry and irrational woman in the bandages is not their real mother. What happened to the birthmark she always had? What did she do with the beloved cat they adopted? Why can’t she remember the song they all used to love? As dreams and fantasy and waking life begin to merge into unmanageable collective insanity – by now that’s conventional, but it’s accomplished here with eerie efficiency – the irresistible baseline remains the fact that this family and this house were inhabited by some kind of carnivorous and evil Zeitgeist long before things officially began to go wrong. I don’t even want to talk about Lukas and Elias’ collection of giant hissing cockroaches, and I certainly can’t tell you whether they actually “exist” in the world of the film.

I’ve heard some viewers complain that Fiala and Franz give away a huge plot twist too early in the film (don’t worry, I won’t follow suit). But that’s clearly a deliberate choice, and is designed to show us that “Goodnight Mommy” is not an M. Night Shyamalan movie that entirely turns on a big reveal. (The title in German is “Ich seh, Ich seh,” which references a childhood game similar to “I Spy.”) Even when we understand more about the family history and the nature of these relationships, and in some sense know what is “really” going on, the toxic atmosphere in this comfortable home does not let up and the tendrils of destructive madness have wrapped themselves too tightly around its inhabitants. This is a powerful and resonant debut film from a highly impressive new directing duo, but much of the reason for that is that “Goodnight Mommy” is not just about its characters and their story but about their environment and their world. The inevitable American remake may be good or bad, I suppose, but it won’t be that.

“Goodnight Mommy” opens this week in New York and Los Angeles, with more cities, VOD and home video to follow.