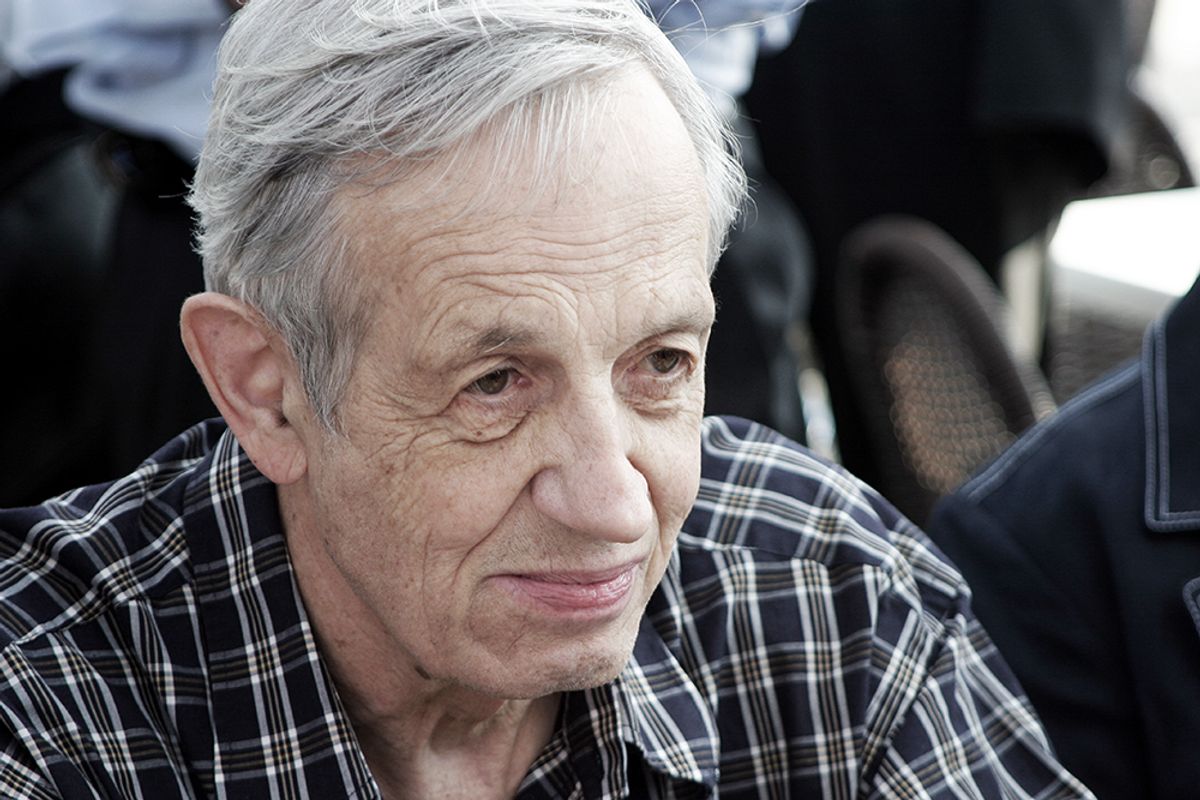 There’s a saying that genius is close to madness, and in this four-part profile series presented by Hand of God on AmazonPrime we’re celebrating those legendary figures who have left us debating where they sat on the spectrum of sanity.  Looking back at history’s most controversial figures, we’ll ask the question: were they insane, or were they inspired?
Click here to explore more stories in the "Insane of Inspired" series.

The Story: A brilliant thinker and Nobel Prize winning mathematician, John Nash’s landmark work on game theory was a game changer in the field of economics.

The Scandal: Suffering from mental illness, Nash himself wondered if his condition was what made him so adept in his field. He once said, “I would not dare to say that there is a direct relation between mathematics and madness, but there is no doubt that great mathematicians suffer from maniacal characteristics, delirium, and symptoms of schizophrenia.”

The Evidence Against Him: As a child he was considered strange, lacking normal social skills and an ability to engage with his peers. Instead of playing outside he would hole up in his room for hours on end conducting his own scientific experiments. Teased by other kids, Nash reacted aggressively, often playing cruel pranks. It’s said that he even once tried to get his sister to sit on a chair he had wired with batteries.

As a young adult he began to experience the delusions and paranoia associated with schizophrenia. Still consumed with his work in mathematics, he became known as “The Phantom of Princeton” for his habit of wandering around the campus leaving cryptic formulas on blackboards.

The Evidence For Him: John Nash’s early behavior is easily explained by his genius. Unchallenged at school, he checked out and challenged himself at home. By the time he was 22, he had written a groundbreaking paper that would challenge and change economic theory even today. Despite his difficulties, he achieved tremendous success in his field. Before his death, he had recovered from his condition.

The Verdict: Hung Jury
John Nash is a prime example of a genius mind that dips over the brink into madness and back again. His brain worked in complicated and incredible ways, for better or for worse.

Insane or Inspired?
John Nash wrote a paper at the age of 22 that would win a Nobel Prize in Economics decades later. Was he delusional? Yes. Was he brilliant? Absolutely. Not even a challenging illness could dull his passion—in his darkest days his love of math was what made him still identifiable as himself. For that, he is truly inspired.

The day of reckoning has arrived in San Vincente, California, and Judge Pernell Harris is the modern day Soloman who is determined to mete out justice. On an obsessive quest to avenge a family tragedy, Pernell is receiving divine inspiration to chart his path—or is he? As his friends and family work to hide what they see as his unraveling, Pernell pursues a course of brutal righteousness. Starring Ron Perlman (Sons of Anarchy), Dana Delaney (Desperate Housewives), and Andre Royo (The Wire) Hand of God was created by Ben Watkins and marks the television debut of filmmaker Marc Foster (Monster’s Ball, Finding Neverland).

MORE FROM Presented by Amazon Prime's Hand of God