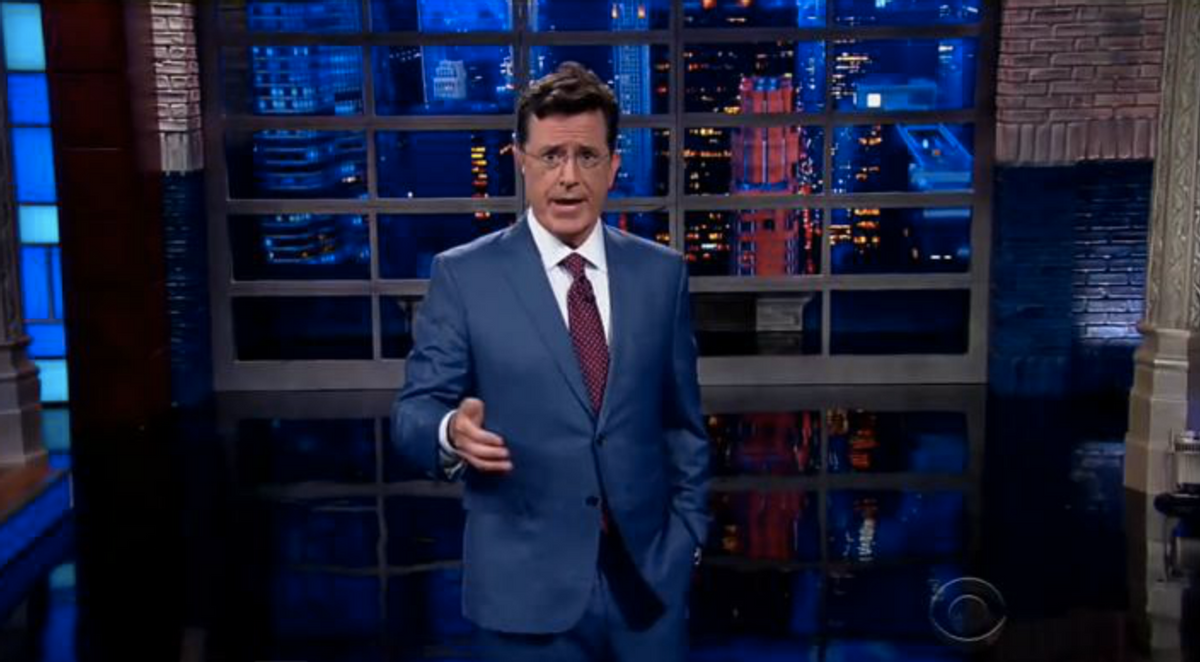 Stephen Colbert’s first “Late Show” is here, and with it, his first monologue, which featured cracks about Ashley Madison, “The Mentalist,” and Donald Trump’s citrusy complexion (as he said of Jeb, "You would think that that much exposure to oranges and crazy people would have prepared him for Donald Trump.”) Watch the segment — which is a lot like the Colbert we know and love, only standing on two feet -- below: