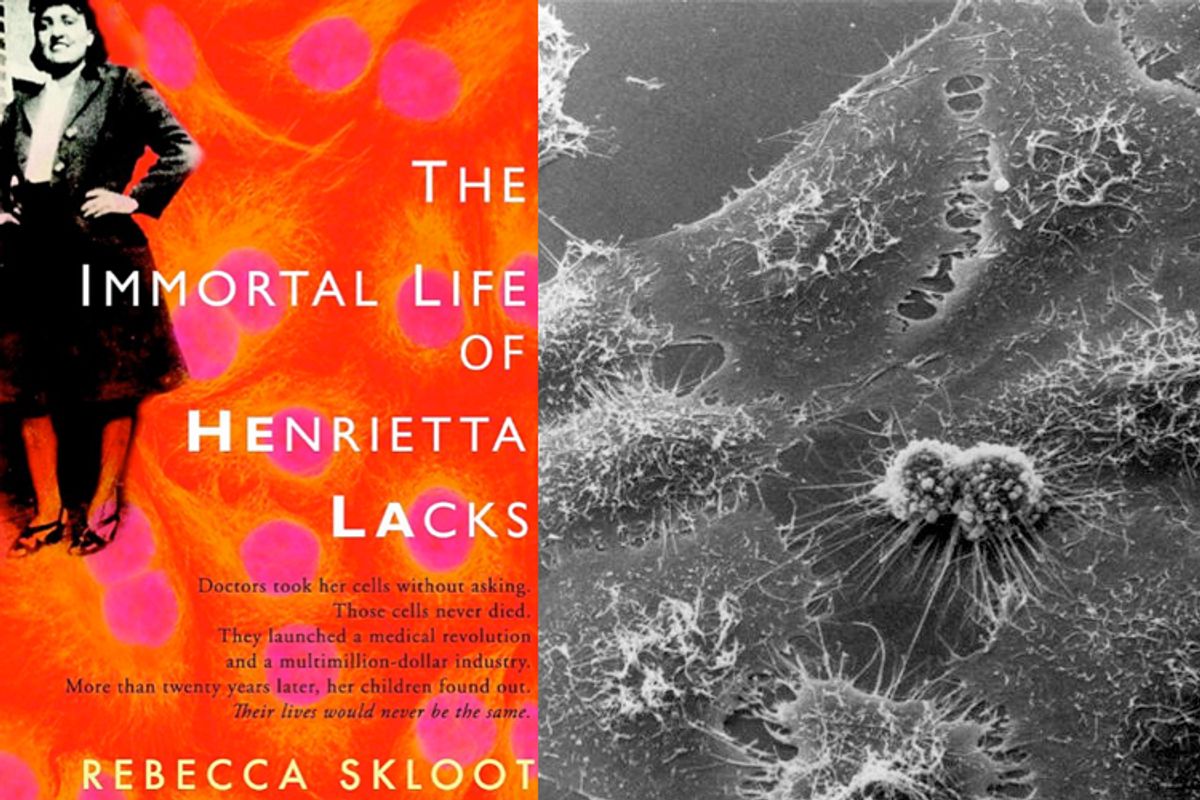 “The Immortal Life of Henrietta Lacks” — an acclaimed nonfiction book about the woman whose cells changed the course of scientific history after being taken from her without her consent — has come under fire from a Tennessee mom, who calls the book “pornographic” and wants it banned from Knox County Schools.

"I was shocked that there was so much graphic information in the book,” said Jackie Sims, the mother of a 15-year-old boy who attends Knox County’s L&N STEM Academy, in an interview with WBIR. Now, Sims says, she wants the book taken out of all Knox County Schools.

"I consider the book pornographic,” Sims said, before criticizing the book’s wording. "There's so many ways to say things without being that graphic in nature, and that's the problem I have with this book.”

The book, of course, is hardly smut; Rather, the bestseller deals with issues of science and race by examining the case of Henrietta Lacks, a poor African American woman whose cells were taken without her knowledge just before she died of cervical cancer in 1951. Her cells (known as HeLa cells) would become the first immortal human cell line and go on to change the face of medical research forever.

On her Facebook page, the book’s author Rebecca Skloot condemned Sims’ campaign. "Just in time for ‪#‎BannedBooksWeek‬, a parent in Tennessee has confused gynecology with pornography and is trying to get my book banned from the Knoxville high school system,” she wrote.

Explaining that the sections of the book deemed “pornographic” involved descriptions of Henrietta’s husband being unfaithful and Henrietta’s discovery of a tumor of her cervix using her finger, Skloot asked, rhetorically, "So is a breast self-exam pornography too? ‪#‎sigh‬."

"I hope the students of Knoxville will be able to continue to learn about Henrietta and the important lessons her story can teach them,” she continued "Because my book is many things: It's a story of race and medicine, bioethics, science illiteracy, the importance of education and equality and science and so much more. But it is not anything resembling pornography."