There's a recipe for an iconic Bond theme song — does Sam Smith have what it takes?

The British soul singer's been tapped to sing the theme for "Spectre" — can his song be the next "Skyfall"? 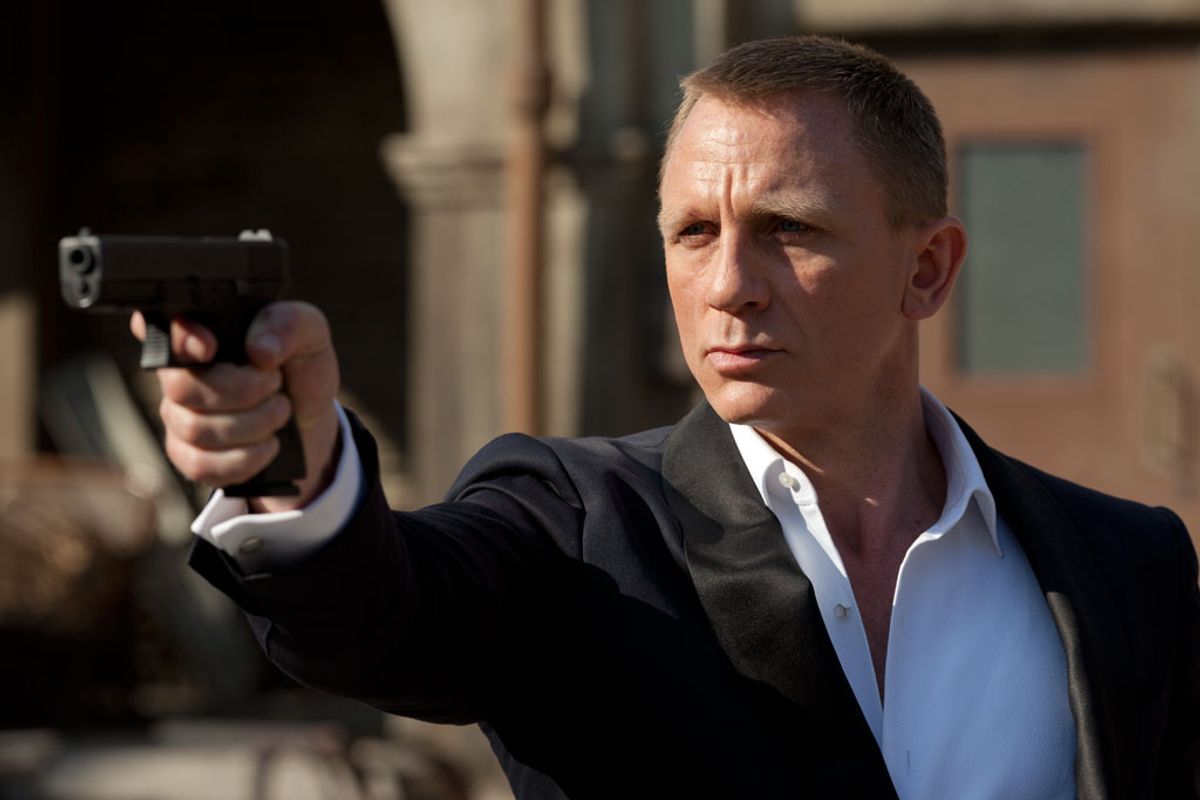 On Tuesday morning, Sam Smith was officially confirmed to be singing the title theme to the forthcoming James Bond film, “Spectre,” a song dubbed “Writing’s on the Wall.” Although he’s the first British male solo artist to nab this honor in 50 years, the announcement was hardly a shock: Not only did Smith recently post an Instagram photo featuring a ring with the octopus logo associated with the movie’s terrorist organization, but his involvement has been heavily rumored for well over a year, as this hilarious NME compilation article details. On a sonic level, Smith was also a completely unsurprising choice: After Adele’s 2012 title theme, “Skyfall,” won a Golden Globe and an Academy Award, it was a no-brainer to choose yet another Grammy-winning U.K. soul sensation to handle the latest Bond anthem.

Yet Smith might not be as ideal a choice as other rumored contenders such as Ellie Goulding and Lana Del Rey. A skyscraping vocal performance is only part of what makes a title theme great; musicians also need to possess a nuanced delivery and dramatic cinematic flair that’s in tune with the Bond aesthetic. Smith’s an elegant performer, but even his Disclosure guest appearances tend to draw their power from introspection and intimacy. He doesn’t often project the kind of outward-facing bravado required for this kind of movie theme—in fact, his strength is connecting with audiences on a deep, primal level. A Bond theme performance, however, is all about cool detachment, perpetuating intrigue and leaving plenty of mystery in its wake.

These latter qualities are what make the cavalcade of women-led movie theme songs so alluring, from Lulu’s brassy “The Man With the Golden Gun” and Tina Turner’s smoky “GoldenEye” to Garbage’s seductive “The World Is not Enough” and Shirley Bassey’s almost operatic “Goldfinger.” The quintessential opening salvo foreshadows the film’s romantic conspiracies and dangerous escapades without giving too much away. That women are intertwined so closely with these movie themes is rich in irony: The James Bond character is a suave beacon of masculinity fascinated with fast cars, well-tailored clothing and supersonic gadgetry. But he’s also known for his sexism and misogyny, making him a relic from another era when women (and women characters) were treated far more like objects or props. Bond’s effectively feted and celebrated by the very gender he treats so poorly, a disconnect that’s become harder to reconcile in modern times.

Thankfully, current Bond Daniel Craig is well aware of the character’s unsavory reputation, and has pledged to do better. It’s a challenge, since ritual is also seared like a brand into the Bond musical canon—from the intro’s trademark orchestral punctuation to its spy noir-ish vibe. In the ’80s, this tension between innovation and tradition peaked. Duran Duran’s stellar 1985 hit “A View to a Kill” successfully modernized the process, thanks to skittering, icepick-stabbing synths and furtive Simon LeBon vocals, while A-Ha’s underrated 1987 theme “The Living Daylights” continued down a similarly glacial, keyboard-pop path. Other songs weren’t quite as successful. Gladys Knight’s 1989 song “Licence to Kill” cloaked her effortless soul belting with soapy soft rock co-written by contemporary hitmaker Narada Michael Walden, which made it sound disappointingly generic. And although Sheena Easton’s sparkling 1981 hit “For Your Eyes Only” showed off both her clarion voice and striking lyrical vulnerability (and was a Top 10 hit both in the U.S. and U.K.), it felt like the kind of syrupy ballad endemic to ’80s blockbuster films.

Easton’s “For Your Eyes Only” was also nominated for an Academy Award, however, which hints at yet another reason why Smith (and Adele, for that matter) might’ve been selected as the title theme artist: safety. He won an armful of Grammys in early 2015, making him a known (and well-liked) entity in the eyes of awards show powers-that-be. It’s not a stretch to think that “Writing’s on the Wall” is already a lock for a Golden Globe or Oscar nomination—which, of course, creates built-in positive attention for a movie with immense pressure to succeed and be financially successful, especially because it’s rumored to be extremely over budget.

This trend toward uncontroversial Bond theme artists is perhaps also a reaction to the ’00s, a decade plagued by unconventional title themes that missed the mark considerably. Madonna’s electro-scribbled “Die Another Day”—a song with painfully froggy vocals and herky-jerky digital manipulation—felt dated as soon as it arrived, even though it went Top 10 in both the U.S. and U.K. Chris Cornell’s “You Know My Name” allowed the Soundgarden singer to stretch his vocal range, but its gritty guitars and Led Zeppelin-esque thundering sounded out of place. (Had it been used as the theme for any other action movie, it would’ve fared far better.) The Alicia Keys/Jack White collaboration, “Another Way to Die,” also felt awkward: Although the pair’s voices intertwined in interesting ways, there were too many ideas lurching around for the song to reach cohesion.

Time will tell what Smith’s approach will be for his song, but the most indelible Bond themes—including Carly Simon’s “Nobody Does It Better” and Paul McCartney & Wings’ “Live and Let Die”—tend to end up transcending their films. (Nancy Sinatra’s masterpiece, “You Only Live Twice,” endures via the support of other artists: For example, Robbie Williams’ “Millennium” uses the opening orchestral trills for its foundation.) Perhaps the best template for Smith’s theme is Tom Jones’ “Thunderball.” Like Smith, consummate showman Jones had just started his career at the time of the 1965 single; in fact, he was coming off the No. 1 success of “It’s Not Unusual.” On “Thunderball,” Jones toned down the campy vibe exhibited on his iconic hit, but used exaggerated, conspiratorial vocals to play up Bond’s rogue-like (and, some might say, selfish) qualities. Listening now, Jones is simultaneously deadpan and deadly serious, winking about the subject matter he’s singing about as much as he’s puffing up the action hero. It’s a subtle performance that skillfully honors the iconic theme music while tweaking it slightly and still retaining flashes of personality. Jones didn’t become subsumed by Bond—just inspired by him.