Watch Colbert indulge in an “all you can Trump” oreo buffet

The new "Late Show" host promised Trump jokes, and he did not disappoint 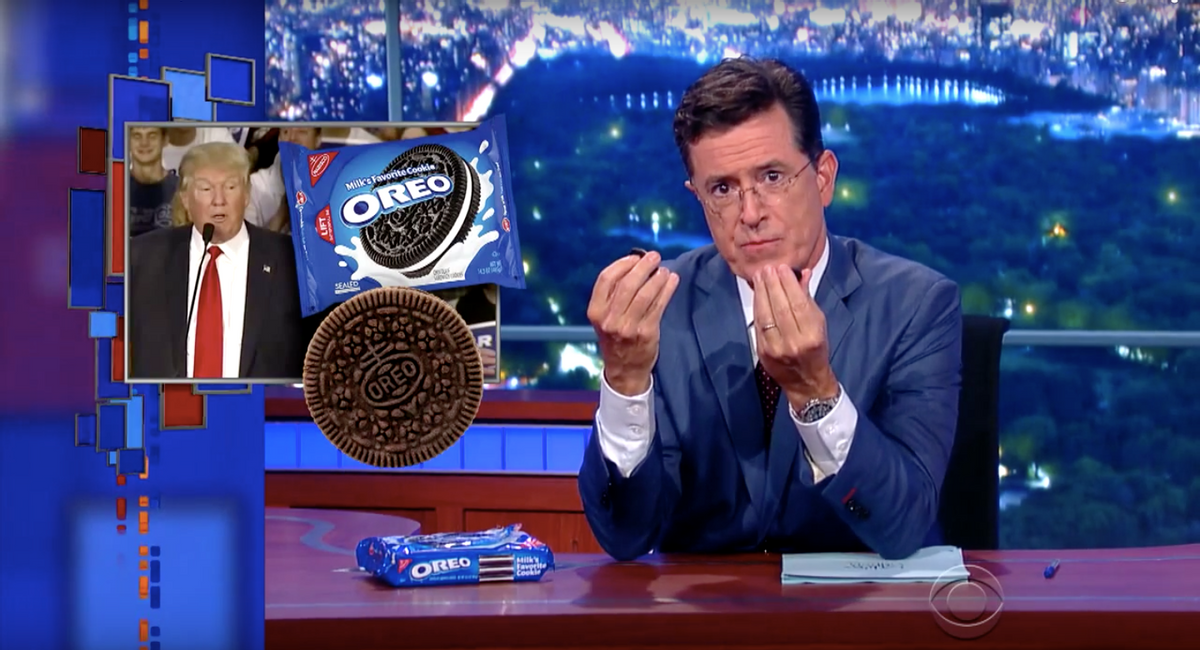 On his first evening as “Late Show” host, Stephen Colbert promised that his show would cover "all the presidential candidates who are Donald Trump” -- and the man kept his word. Pivoting from Trump’s remarks that he was swearing off Oreos after Nabisco moved its plant to Mexico, Colbert launched into a brilliant segment where he alternated between watching Trump clips and gorging himself on stacks of the delicious cream-filled cookies.

While the new “Late Show” may take some warming up to, “Colbert Report” fans will be relieved to see that Colbert remains, as ever, one of our all-time greatest onscreen eaters.