You're drinking coffee all wrong: The secret to maximizing your caffeine buzz

New research reveals the best times of days to pour yourself a cup o' joe, and it's not first thing in the morning 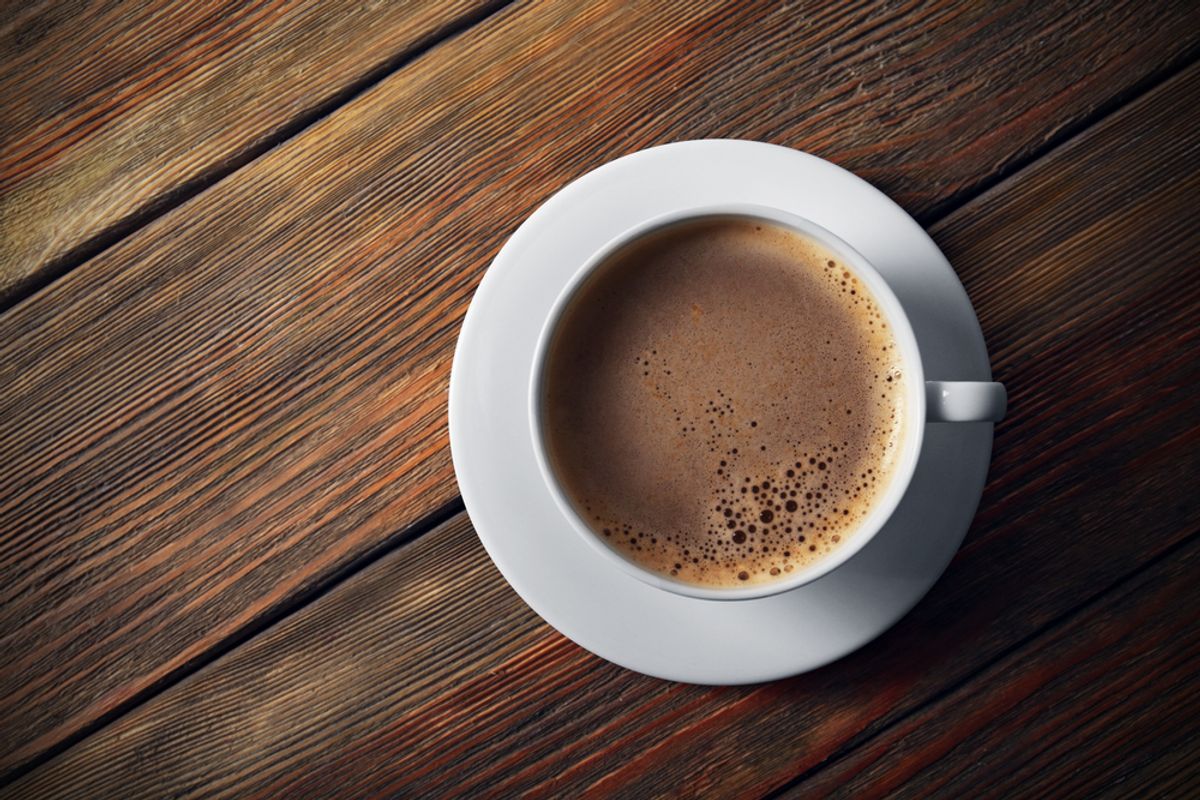 It’s Monday, 8 o’clock in the morning. It was a late night and you have a 9am meeting. Coffee! You need coffee. You drag yourself out of bed. Grind the beans. The aroma, as it wafts up, makes you happy and wakes you up just a little bit with anticipation. Boil the water. Pour it through the coffee filter. Prepare it the way you love it. Black, milk and sugar, half-and-half. Whatever. It’s all good. It’s coffee, the second most traded commodity on Earth (after oil).

Morning coffee is a tradition handed down from generation to generation, embedded into our psyches maybe from the moment some cave person discovered that a beverage could be made from burnt beans. Surely that discovery happened in the morning! Funny thing, though. Modern science has a way of looking at traditions and often turning them upside down. It turns out that we have had it all wrong. Early morning is actually the worst time to drink coffee.

Let’s back up and examine the science of why we get tired. When we wake up and as we go about our daily activity, a chemical called adenosine slowly accumulates in the brain. As it builds up, it binds to receptors in the brain and actually slows down and calms brain activity. This is why we feel tired as the day goes on, and why we then reach for that cup of java to perk us up when we can’t just take a nap. Caffeine, as it turns out, is a drug that is similar in chemical shape to adenosine. As we consume it, the caffeine molecules reach the brain and compete and bind with the same receptors in the brain that adenosine would normally bind to. Adenosine is left out in the cold, so to speak, and since caffeine does not slow down brain activity, the result is that we no longer feel tired.

This works great…for a while. But eventually, as the body is wont to do, the brain figures out what is happening and begins to generate more receptors the adenosine can bind to (the body wants to sleep, after all). So if we want to perk up, we need to consume an even higher volume of coffee. That’s one of the reasons why the longer we drink coffee, the more coffee we require to feel the buzz we grew to love in the first place.

So now that we understand why we get that coffee buzz, when is the best time to optimize that buzz? The brain also produces a hormone called cortisol, the so-called stress hormone, which is a chemical we produce during the fight-or-flight response. That is, when we are under stress, or in danger, cortisol is produced to make us feel alert, zoned in, ready for action. But our bodies also produce cortisol throughout the day. The release of cortisol is regulated by the body’s circadian rhythm, our internal biological clock, and it turns out that the peak time for cortisol levels is between 8am and 9am. In other words, the very time you are drinking coffee to wake yourself up, the body is already releasing cortisol to do the same thing. And no, the caffeine does not offer additional wakefulness. In fact, cortisol actually diminishes the ability of caffeine to perk you up, and it also builds up the body’s tolerance for it, another reason it becomes necessary to drink more and more coffee to lesser and lesser effect.

Other peak times for cortisol production, besides 8-9am, are 12-1pm and 5:30-6:30pm. So in order to maximize our alertness throughout the day, while also not interfering with our bodies’ natural alertness mechanisms, we should be drinking coffee outside of these peak time periods. Even if you should wake up really early, the body, guided by the circadian rhythm, still increases its cortisol level about 50%. Scientists advise we wait about an hour, regardless of when we wake up, before we consume our cup o’ joe.

Learn more about the best time to drink coffee here.