A shifting perception of Israel: The divide between Jewish Americans and Israeli Jews over Iran is growing

With the Iran deal, Obama has shown that the right-wing Israel lobby can be defeated when there is political will 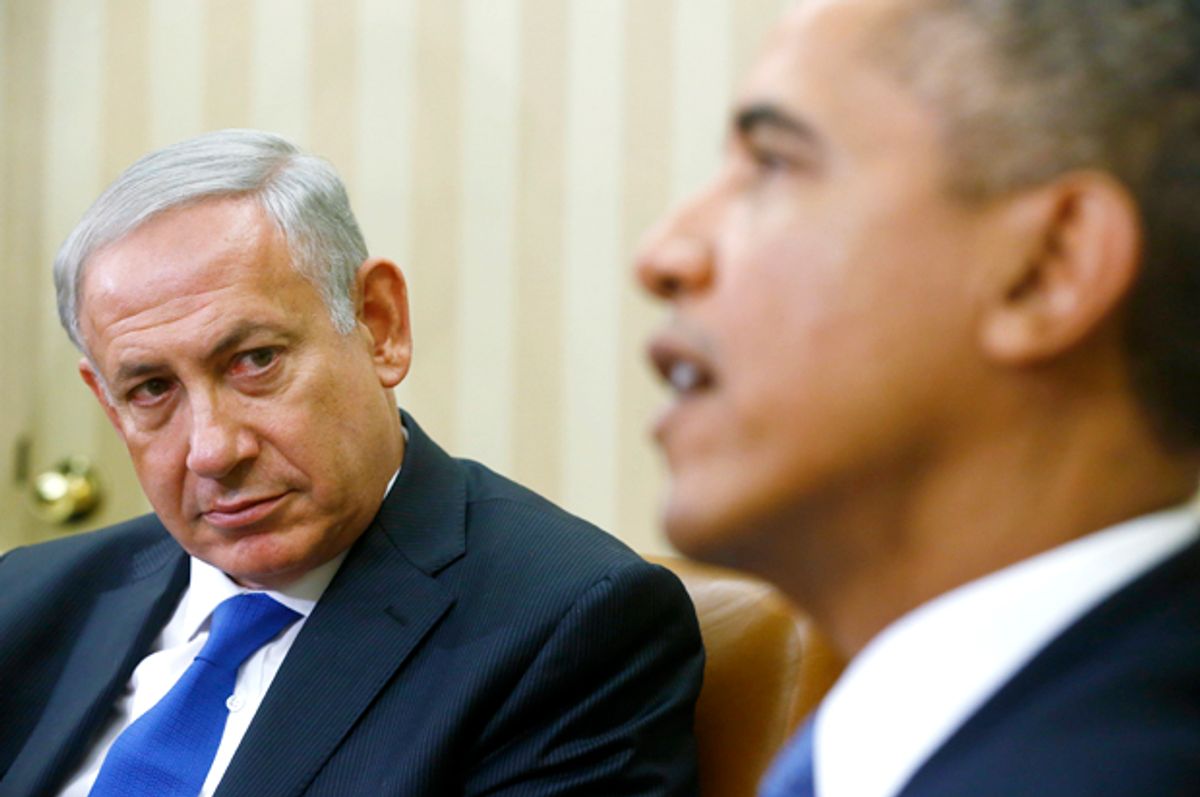 In Israel visiting family when the deal with Iran was confirmed, I was struck by the darkening mood there. Much of the world, and most Americans, including American Jews, support the nuclear agreement. We view it as lessening the likelihood of another disastrous war in the region. Yet most Israeli Jews strongly oppose it.

This differing reaction throws into stark relief a much deeper, and growing, divide between Israeli Jews -- Palestinian citizens of Israel, equally at risk, are 20 percent of the population and largely support the deal -- and Jewish Americans.  While the Jewish American community as a whole has retained progressive values, the Israeli government and its policies have become increasingly discriminatory and anti-democratic, as politicians who were once seen as extremists have moved into positions of power.

Politicians in the U.S. from both major parties still declare that support for Israel is sacrosanct, but the reality is that the perception of Israel, and willingness to support it at all costs, has shifted significantly at the grass roots, with young people, women and people of color increasingly critical of Israel. This matters immensely as America’s demographics continue to shift. And it was, after all, African-American members of Congress who played the most significant role in backing President Obama on Iran.

While AIPAC and other pro-Israel groups spent tens of millions of dollars to fight the Iran deal, grass-roots pressure from constituents with a fraction of the resources contributed to convincing the necessary number of senators otherwise.

Although a majority of American Jews support the agreement, communal institutions and Israel advocacy groups have been the deal’s staunchest and most visible opponents.  Wrongly, they have claimed to speak for all Jews. By working so strenuously to scuttle the deal, these organizations are accelerating a growing awareness of the gap between them and the larger Jewish community. Worse still for AIPAC, their failure to stop the deal has shown their weakness in the face of a determined president, undermining their long-vaunted influence in Congress.

AIPAC remains a force to be reckoned with, as evidenced by the promise of increased military aid to Israel in compensation for the Iran deal. Israel should not be rewarded for its attempts to block a nuclear agreement with Iran. But the fight over the deal does reveal an unprecedented willingness, specifically on the part of Democrats, to resist the pressure of the lobby.  This first became apparent this spring, when 60 members of Congress skipped Prime Minister Netanyahu’s speech to Congress. As Israel moves from being an issue of bipartisan consensus to a partisan one, and as the fissures in the Israeli-U.S. relationship grow, the opportunity for a fundamental shift in the U.S. approach to the region grows as well.

The U.S. approach to peacemaking between Israel and the Palestinians has for far too long buttressed Israel against well-deserved criticism. Gentle rebukes of gross violations of human rights are insufficient.  With the lobby showing weakness, President Obama should at a minimum push for consequences for illegal settlement construction and other actions that violate American policy and damage prospects for peace.

This weak and failed approach, driven by the perception that any demands made of Israel will result in vicious political payback for elected officials, has been an utter failure in achieving peace for Israel and freedom and equal rights for Palestinians.  The Israeli government rightfully assumes it has carte blanche to do as it likes with utter impunity, resulting in an ever-deepening occupation and periodic assaults like the three against Gaza in the past six years.

The week that I was in Israel, one of the biggest stories was a viral video of an Israeli soldier attempting to detain a 12-year-old boy with a broken arm in the West Bank village of Nabi Saleh. His family, including his mother and teenage sister, fought off the soldier, who threw a stun grenade into the small group as he left. This portrait of a soldier attacking an injured boy is a stark symbol of the brutality of occupation, and the constant assault on Palestinian humanity and dignity.

Bribing these soldiers’ leaders with promises of more weapons and more diplomatic protection while Palestinian rights are trampled is clearly not the path to a just peace. Only concrete pressure on Israel will induce it to change its policies. With the Iran deal, the Obama administration has demonstrated that AIPAC and the right-wing Israel lobby can be defeated when there is the political will. The U.S. must take a fresh approach and defy those who would have us continue forever down the same failed path that we have been on for more than 20 years. Giving in to Israeli demands only enables it to continue further its descent into inequality and extremism.

If the U.S. can have the courage and resolution to change course on Iran, it can do the same in support of Palestinian freedom.

Rebecca Vilkomerson is the executive director of Jewish Voice for Peace.