According to a lawyer, when artists and pols clash over the use of a song, the band is likely to win [UPDATED] 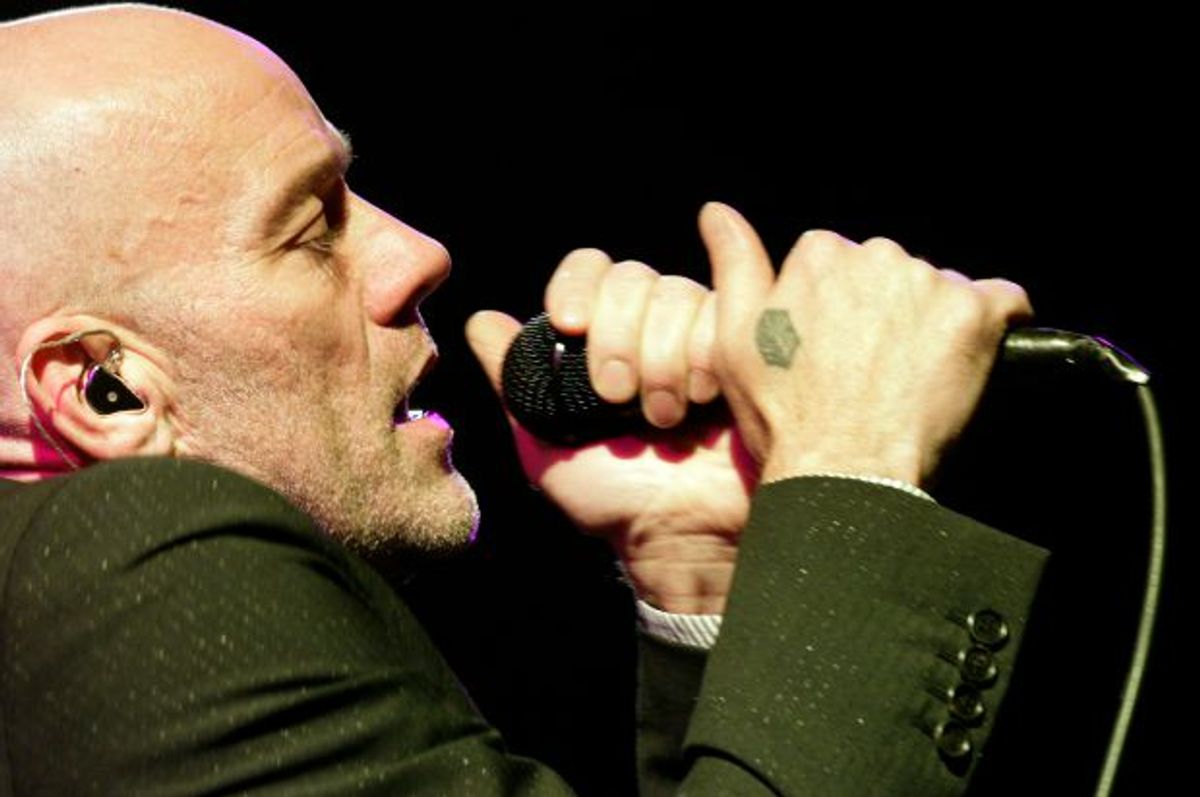 The tension between rock musicians and conservative politicians wanting to cloak themselves in their songs has just ratcheted up another level. Mike Huckabee and clerk Kim Davis appeared outside a Kentucky jail to the strains of Survivor’s “Eye of the Tiger.” Donald Trump – this time at a rally in front of the United States Capitol – appeared at a Tea Party rally to the tune of R.E.M.’s “It’s the End of the World as We Know It (And I Feel Fine.)"

Survivor’s Jim Peterik has objected to Huckabee and Davis, saying that her politics and his are not aligned. R.E.M. singer Michael Stipe has been sharper, Tweeting (through bandmate Mike Mills), "Go f*ck yourselves, the lot of you — you sad, attention-grabbing, power-hungry little men. Do not use our music or my voice for your moronic charade of a campaign."

It’s not surprising that musicians would be upset at their work being appropriated this way. But do they have any rights to songs that they have released to the public? How are these messes likely to resolve?

We spoke to intellectual property lawyer Joel Schoenfeld, a former counsel for the Record Industry Association of American and now an attorney at the New York firm Mitchell Silberberg & Knupp. The interview has been edited slightly for clarity.

This week we have another couple of cases of political figures using rock songs at rallies and the bands objecting. Do the musicians – R.E.M. and Survivor in these cases -- have any legal leg to stand on?

Yes. Basically, when an artist records a song, there are usually two copyrights involved. One is the musical composition being performed, which may or may not be written by the people who perform it, and the other is the master recording of that song, usually owned by the artist or the band. Usually, if they’re relatively successful, the artist or band has signed a deal with their record label, who has then the full rights to exercise their copyright in that master recording. Same with a songwriter or composer, who has probably done a deal with a music publisher who also has those rights.

There are [also] artists who alleged public confusion – making the public think that artist is endorsing that politician. I’m not aware of any case that’s come to a judgment, but they’re usually settled and the politician is usually the one that apologizes. I think that happened with former Gov. Charlie Christ…

When he used Talking Heads’ “Road to Nowhere”….

Yes, he used that in a negative campaign.

This happens more than once a month during the election cycle, which is remarkable to me. It happens a lot in presidential campaigns.

There are certain rights that are different online than they are in the analog world or live, depending in the venue. When a politician arrives at a large venue – a convention hall, a large theater – often those venues have blanket licenses from the performers rights societies like BMI, ASCAP, and SESAC. And just playing the song [in those venues] is probably okay.

If they play the song any time but before or after that [politician] is onstage, that’s when you run into consumer confusion as to endorsement issues?

When you do a commercial, you need to get a sync right – it needs to be licensed. If you play it online, you need to have digital performance rights, which you don’t have in the analog world.

It’s hard without permissions and a license to do this without violating rights.

I’ve heard all kinds of politicians talking about fair use or First Amendment… That simply does not hold up and I’m not sure it’s ever held up.

So when you attach a rock song over a campaign video, that’s definitely risky for the politician. When you’re at a rally – depending on where the rally takes place – the band or songwriter has significantly less control. Some, but less. Is that fair to say?

I think it is. When Trump went into a stadium in Alabama [where he left the stage to Twisted Sister’s “We’re Not Gonna Take It”], the stadium was probably covered by a blanket license. To use the example of [earlier this week], when that clerk in Kentucky and Huckabee were on an impromptu stage in front of a courthouse, I’d say the odds are that courthouse doesn’t have a blanket license. I’m sure their use of “Eye of the Tiger” was a copyright infringement. Whether it will be enforced is something else.

Does it become legally different if every time a politician shows up onstage, they play the same song?

Yes – [then] they’re making it their theme song. The courts have held that that adds further to the likelihood of public confusion and may very well violate the rights of the performers.

And the performers are not shy at all about writing letters. These claims are becoming more and more prevalent, and more successful [for musicians]. I think the last time anyone came close to fair use was way back when Ralph Nader ran for president. That wasn’t music; he used the MasterCard commercial sequence to talk about federal spending. That was political satire.

The interpretations of the law, you’re saying, are trending in musicians’ favor?

The law has always been in their favor, but the claims are increasing. People are speaking up more often and bringing claims.

Sometimes the artists and copyright holders tolerate claims, but that doesn’t mean they don’t have claims. When they do assert them, they win.

Jackson Browns said, after objecting to John McCain using “Running on Empty,” that, “Your songs are your property.” How true is that?

These conflicts usually end up involving Republican politicians, don’t they? Are their major cases involving a Democrat?

I guess it depends who you think Charlie Christ was when he was running for Senate.

There was an acquiescence when Bill Clinton was using Fleetwood Mac’s music.

Obama used the Sam and Dave song “Hold On, I’m Coming’” – Sam Moore asked him to stop because he hadn’t asked permission.

So I don’t think it’s an exclusively Republican issue; I think it’s a politician issue. Though certainly I can come up with a lot more Republicans.

How does the R.E.M. case seem likely to resolve?

My guess is that like most of these cases, there will be a confidential settlement, and we’ll never find out exactly what the details are. But normally, at some point the politician or their campaign folds.

Apparently record label EMI is now suing Kim Davis and Mike Huckabee for their use of “Eye of the Tiger” – does this surprise you, and are they likely to win? [Update: Those early reports have not been substantiated.]

It doesn’t surprise me. What would surprise me is if it actually goes through a full court proceeding and judgment. It seems to me that there’s very little argument in defense – it’s an unauthorized performance, so either there will be a quick and quiet settlement, or a summary judgment.