What Hillary Clinton wants you to forget: Her disastrous record as a war hawk

Clinton gave her support to the Iran deal yesterday, but she also talked like someone ready to start dropping bombs 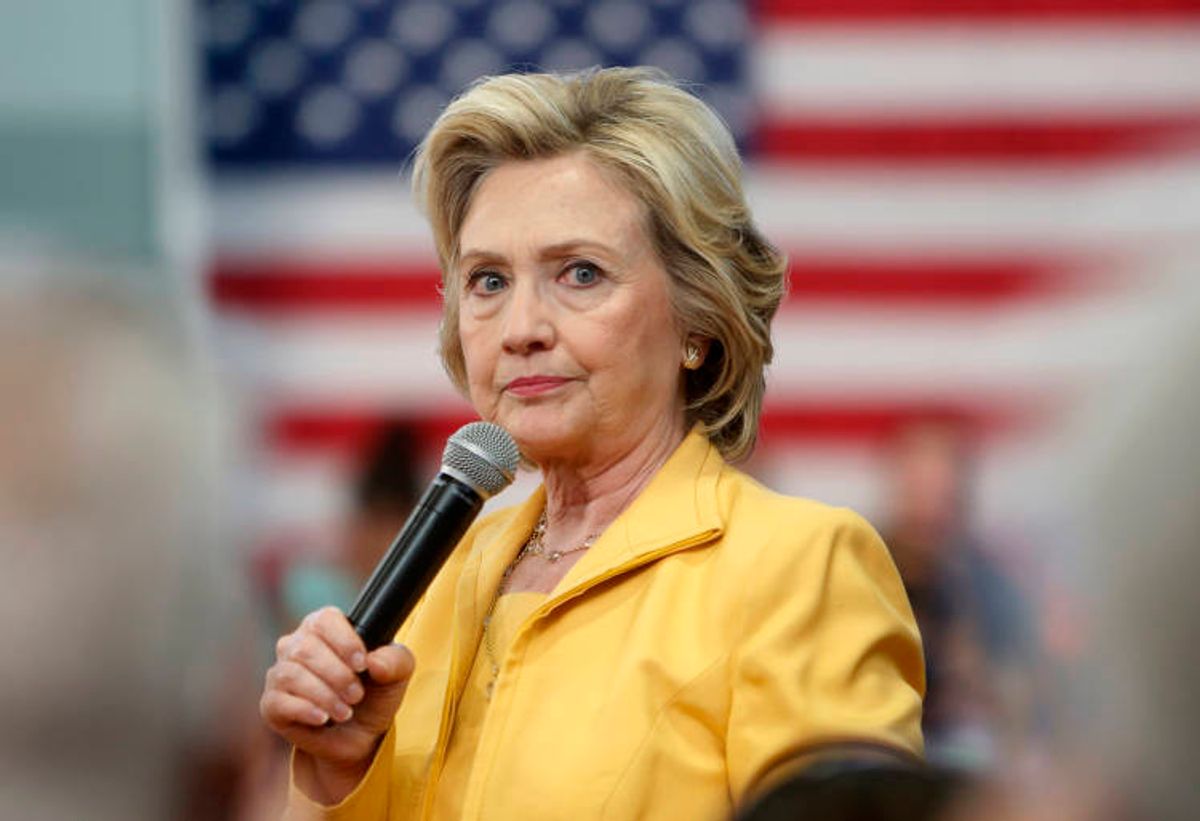 Hillary Clinton  announced her support for Obama's Iran deal in a speech on Wednesday. It wasn't exactly an act of huge political bravery. The deal is happening. It's secured enough support from Democrats in the Senate to doom any attempts to block it. If Clinton had done anything other than endorsed the deal, she would have created a major headache for herself.

Even so, her speech about the deal highlighted what ought to be--but probably won't be--a deeply examined part of her ideology: her hyper-hawkishness.

In the speech, Clinton spent most of her time "talking tough," as they say. She flatly declared that the deal did not signal "some larger diplomatic opening" and insisted that she would "not hesitate to take military action if Iran tries to obtain a nuclear weapon." (If the president of Iran casually threatened to bomb the United States, there would be hell to pay, but no matter.) She also pledged to to arm the already-well-stocked Israel even further, and to expand the American military presence around Iran. Never mind that multiple American intelligence estimates have concluded that Iran suspended its quest for a nuclear weapon long ago; we can always use more ships in the Middle East.

Back in the days when Rand Paul was supposed to matter in the 2016 campaign, there was talk that his disdain for foreign intervention might influence the debate. But he's become an afterthought, and what little debate there has been about foreign policy has mostly centered on which Republican candidate can vow to wipe out Iran the most.

Clinton may not want to tear up the Iran deal, but she is definitely in the "more invading" camp.

It's worth remembering that while Clinton infamously voted to invade Iraq, of course, she was also notably trigger-happy during her time at the State Department. These days, you're more likely to hear about Benghazi when the topic of Clinton and Libya comes up, but far more important was the key role she played in pushing for intervention there in the first place. (A now laughably laudatory Washington Post article from 2011 called it "Hillary's war.") Referring to Muammar Gaddafi, Clinton infamously crowed, "We came, we saw, he died," which, no matter what you think of him, is quite a thing to say about the brutal killing of a political leader. Years later, it's clear that the decision to go into Libya was an epic mistake. The country has essentially ceased to exist.

It's not just Libya, though. Almost every time there was an internal disagreement within the Obama administration about whether to use force, Clinton could be found on the interventionist side. She successfully pushed for an escalation of the war in Afghanistan, and has been open about her desire to intervene further in Syria. While you can't draw a direct correlation between the two, it's nevertheless intriguing that so many of the Obama administration's major diplomatic successes have occurred in the years since Clinton departed.

Given the fact that many of the interventions Clinton has backed over the years have been historic disasters, can we expect to see her called to account for her decisions? Unlikely. When elite media outlets aren't pushing for ever-wider wars, they're homing in on irrelevant distractions. You can bet that the number of times Clinton has to talk about Benghazi will dwarf the number of times she has to defend her initial call to invade, and that's a real shame, because Clinton has some very big questions she needs to answer.