Bernie Sanders tries to meet with Black leaders but nobody shows up: Only 6 Congressional Black Caucus members attend

Still, the Democratic candidate forges on with a game plan to sway African-American voters in South Carolina 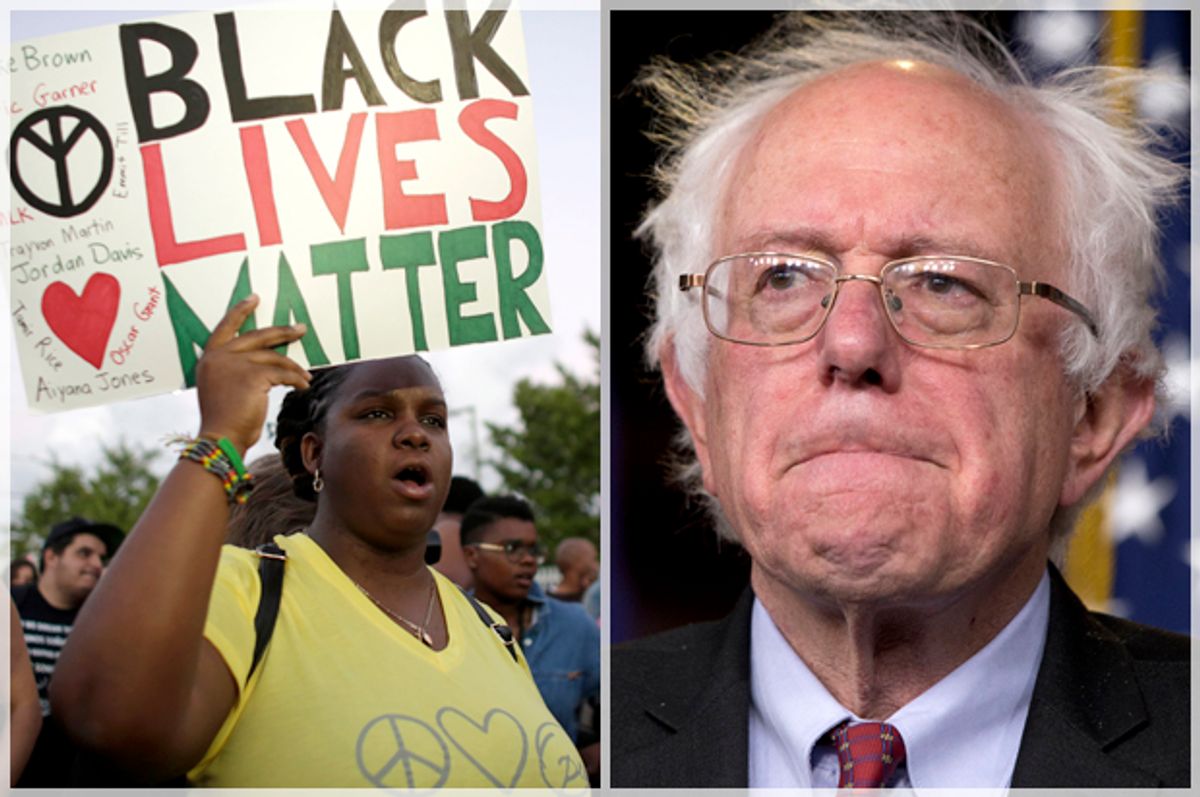 In an effort to court African-American support for his presidential campaign, Vermont Senator Bernie Sanders held a meeting this week with members of the Congressional Black Caucus, but only 6 members showed up.

According to Politic365, “the meeting took place outside the Capitol Building so that the members could talk politics and election strategy in depth.” And according to the invitation, the meeting was meant to serve as “overview of CBC priorities and a conversation on pressing issues impacting the African American community."

Sanders, whose campaign has been beleaguered by accusations of racial tone-deafness, did address "the systemic problems facing minority communities," according to one senior aide to a CBC member.

“I forgot about it,” one CBC member told Politic365’s Lauren Victoria Burke.

In addition to Rep. Butterfeild, Rep. John Conyers of Michigan, an Obama supporter in 2008, attended the meeting, along with New York Reps. Yvette Clarke and Charlie Rangel -- a Hillary Clinton supporter in 2008. Rep. Karen Bass of California and Rep. Shelia Jackson Lee were also in attendance.

As The Hill reports, more than a dozen members of the CBC have already endorsed Sanders' Democratic rival, Hillary Clinton for president in 2016.

An aide for another CBC member told The Hill that despite their absence, "many CBC members appreciated this opportunity for Sanders to explain his vision for the country."

"If he's serious about his candidacy, I expect that we'll have many more productive meetings like this in the future," the aide said.

And as the Associated Press reports, Clinton has already notched endorsements from top black leaders in South Carolina. One of them, 2014 Senate nominee Joyce Dickerson, argued that Sanders is too far behind to catch up.

"I called Bernie Sanders after my race, and no one ever called me back at all," said Dickerson, a longtime councilwoman in Richland County, home to the state capital of Columbia. "I got more than 400,000 votes. If he's not interested in my thoughts, in my list of voters, why should I be interested in him?"

In an interview with MSNBC’s Chris Hayes during last night’s episode of “All In,” Sanders explained his appeal to African-American voters in South Carolina:

I believe when the African-American community in South Carolina and around the country understands that I have one of the strongest civil rights records in Congress and was involved in the civil rights movement for many years before I went to Congress, they will respond

Sanders recalled his work with the Congress on Racial Equality and his arrest for protesting segregated housing at the University of Chicago in the 1960s, but said "it's not anything I like to brag about."

"It's much more important for me to tell people what I will do as president and how it affects them," he said.

Chris Covert, Sanders' state director in South Carolina, explained the Vermont senator’s fledgling poll numbers in the state to the AP, saying, "it's not that the message isn't resonating with the African-American community... it's that we haven't communicated with them yet." The campaign says it has 15 full-time staff members on the ground, with offices in Columbia and Charleston.

Perhaps as a sign of Sanders’ potential with African-American voters, the AP spoke with one Black Lives Matter activist in Charleston, But Muhiyidin d'Baha, who praised Sanders for "his evolution" in how he talks about economic and social inequities. Sanders was infamously interrupted by protestors affiliated with the movement twice this summer. d'Baha told the AP that although the group had no intentions to endorse a candidate, he believed that Sanders has an edge over Clinton.

"She is hopelessly compromised from years in this system," d'Baha said, while Sanders talks openly of "a political revolution."