Fall TV Preview: Friday brings a fresh family sitcom and a period prestige drama, while Saturday belongs to "Dr. Who" and "SNL"

Here’s what to watch on Fridays and Saturdays this fall, including ABC's "Dr. Ken" and the return of "The Knick" 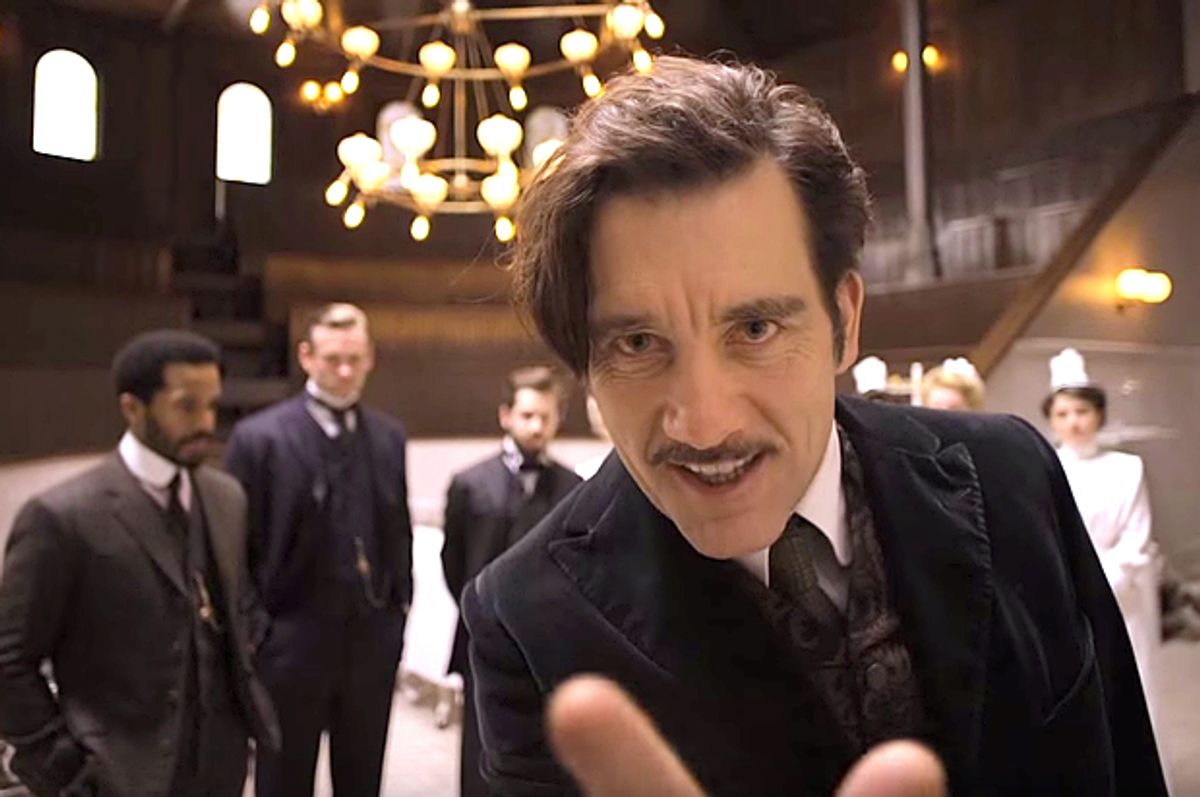 The weekend draws a different television audience. Everything you see here is built on an older model for television—where the idiot box wasn't a weekday drop-in but a weekend treat; where there were limited other sources for tapping into the beating heart of the national conversation. NBC's going throwback to the era where TV was more like radio with not just one but two live offerings; ABC's sticking to the stage-inspired multi-cam format for its Friday night sitcoms. Both Saturday shows have roots that are decades old. Only "The Knick" makes a play for the modern TV audience, and though that didn't work out so well for them in season one, they're sticking to the timeslot.

“Dr. Ken,” 8:30 p.m. on ABC. Debuts Friday, October 2.
Ken Jeong stars in this family-centric multi-cam that is aiming for the Friday-night family audience—that same audience, in the same timeslot, that the dearly departed “Cristela” tried and failed to conquer. “Dr. Ken” has so many of the same elements of “Cristela,” it’s a little disturbing: an “ethnic” lead character that shifts from the work sphere to the home sphere; a plot arc that charts, sort of, the life the real-life comedian would have had without showbusiness in the way; and the protagonist basically plays him- or herself, in a show that is named after them. The difference here is that of ethnicity—Jeong is Korean-American, where Cristela Alonzo is Mexican-American—and of the exact white collar profession they were supposed to pursue instead of comedy (medicine; law). Fortunately, I really liked “Cristela,” and though “Dr. Ken” makes me miss Alonzo and her cast, it has its own fantastic one, with Albert Tsai (“Trophy Wife”), Suzy Nakamura, (“The West Wing”) and Dave Foley (“NewsRadio”) rounding it out. Jeong is such a huge onscreen presence that he’s suffered in ensembles where he’s a fringe element, at best; “Dr. Ken” gives him a chance to rightfully steal the scene. ABC already was the only network with a sitcom starring an Asian-American family; with Dr. Ken, it will now have two.

“Undateable,” 8 p.m. on NBC. Returns Friday, October 9.
The third season of this mediocre dating sitcom has one big twist; it’s going to be entirely live. That won’t necessarily make it good, but it’s possible the looseness of live performance will give a show a jolt of much-needed energy. “Undateable” is a clone of every kind of friend-group thirty-something white-people sitcom ever (although the presence of Ron Funches is always welcome), so there’s little else about it that really sticks; why not live TV? NBC’s had so little luck with scripted programming that they’re willing to try basically anything.

“The Knick,” 10 p.m. on Cinemax. Returns Friday, October 16.
This sprawling and gritty drama about a hospital in New York City at the turn of the 20th century didn’t quite make a splash in its first season, even though it boasts the talents of Clive Owen and Steven Soderbergh and a rich, dense, period-specific production. But some of that might have been due to a lot of competition for good drama last year; shows like “Mad Men,” “The Good Wife,” “True Detective,” and “The Affair” were drawing a lot of critical conversation. Much of that has died down—and so far, this TV season’s been a bit weaker than the last, especially in terms of drama. It could be an opportunity for “The Knick” to finally make the splash it’s well-equipped for. I’ll be in the same boat as you guys—I’ve yet to watch the first season, but it’s all available on HBO Go (Cinemax and HBO are sister networks), which leaves me plenty of time to catch up before October 16.

“Doctor Who,” 9 p.m. on BBC America. Returns Saturday, September 19.
If you’re a fan, you probably have a countdown already ticking in the back of your head; season nine of the Steven Moffat reboot of “Doctor Who” returns with fan-interest higher than possibly ever. Peter Capaldi—beloved by anyone who has seen him in anything, I think—returns to play the 12th Doctor, and supernatural/extraterrestrial hijinks are bound to ensue. Plot twists—and the fact that this is one of the few British shows that drops simultaneously for both U.K. and American audiences, alike—makes it a must-see live event.

“Saturday Night Live,” 11:30 p.m. on NBC. Returns Saturday, October 3.
And because the name of the game is “live shows on NBC,” “Saturday Night Live” is returning for its 41st season, with one new cast member—Jon Rudnitsky, already controversial—and a game attempt, as ever, to reclaim lost glory. Kate McKinnon has become the show’s comedic anchor ever since her debut just a few years ago; it’ll be interesting to see what comes next for her. “Saturday Night Live” is still a rotating cast in the same room, and there are nights that the format seems ridiculously stale. But it has a way of surprising you, as the comedians find their groove, as young stars and celebrities of the moment find their way to Studio 8H. Love it or hate it, it’s hard to miss it; there’s nothing else like it on TV.