“I have never turned heads”: What it’s like when you’re not the object of desire

My husband is honest enough to say he's never found my body sexually attractive. And yet, we have a happy marriage 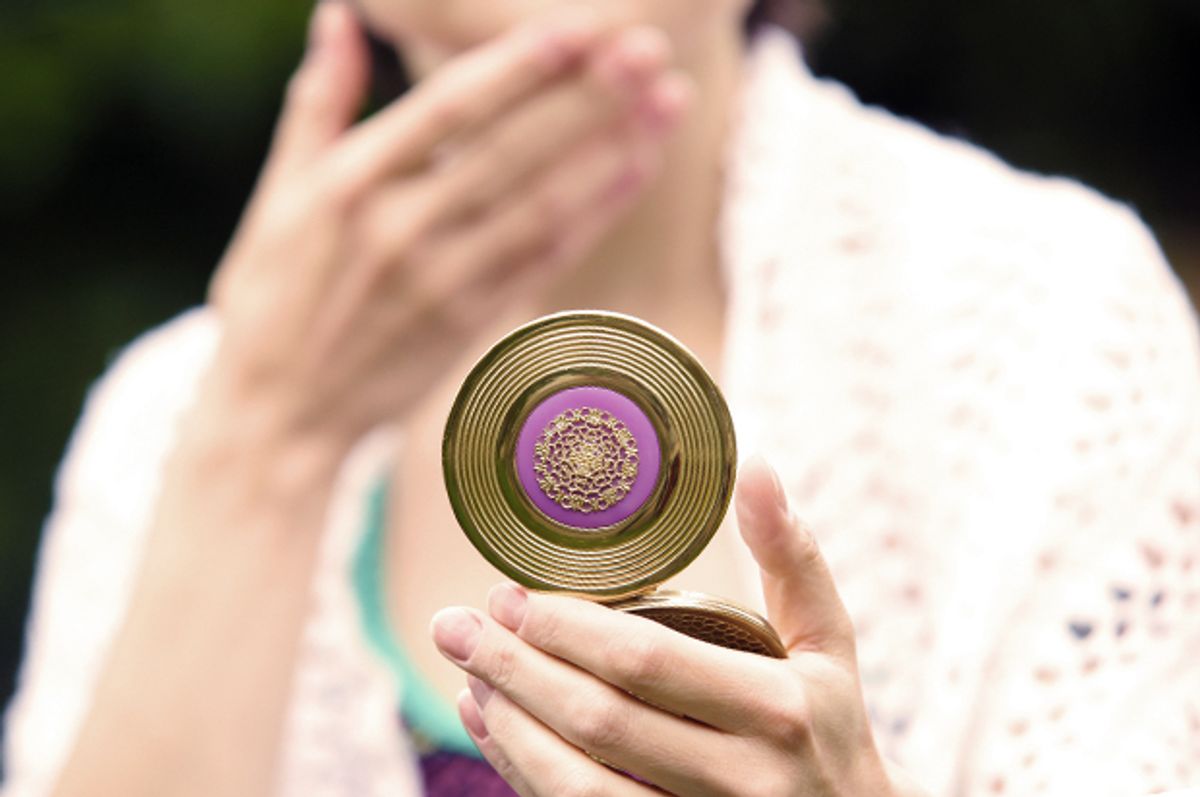 The following is an excerpt from “Soul Mate 101 and Other Essays on Love and Sex,” published by Full Grown People on September 21.

My husband gets up in the middle of the night to go to the bathroom. In the moonlight, his long blond hair looks almost white, his skin glows. I lie quietly and stare at the small of his back, the curve of his ass, the delicate taper of his thighs. This is a kind of looking that, until I married him, I knew only how to receive, not to give; a looking that is full of desire for the other, not as a whole being, but as an object of beauty.

This is not how he looks at me. I’m on the cusp of fifty and look it. He’s on the cusp of forty and doesn’t. My body has aged hard and I’ve not treated it well. Even in my youth, I was plain, perhaps pretty for a year or two in my early twenties and maybe again a little elegant during a stretch of good months in my thirties, but being beautiful has always been beyond me. If people find me so, it’s only after they’ve come to know me. I have never turned heads. I minded this quite a lot in my teens, when it seemed that only beautiful people mattered, that it was a prerequisite for a good life. But it isn’t, and it didn’t take too many years out in the world to realize that it’s more important to be interesting than beautiful, and interesting is something I can manage.

I once dated a woman so beautiful that she glided through life on the desire of others. A man she didn’t sleep with paid her rent and, although she wasn’t an artist, called himself her patron. Another man she didn’t sleep with had given her a car. “Someone needs to take care of you,” he’d said to her, though the car itself proved she was savvier about the way of the world than he was. “Someone like you needs looking after.” Bartenders covered her tab, drug dealers never asked for their money, policemen always let her go with a warning.

I tried to look at her then the way I look at my husband now, but her beauty nettled me. The way she wielded it discomfited me. I’d seen how she treated the people who desired her, and I didn’t want to make myself that sort of fool. It’s a dangerous way to look at someone who does not love you.

My husband is honest enough to say that he has never found my body particularly desirable, but still he asked me out on our first date three years ago because he found my way of being in the world, my sense of humor and my intelligence, sexy. "That matters more," he says, "and makes you beautiful to me." Sometimes that to me breaks my heart a little bit; sometimes it makes me feel loved.

It took us a while to arrive at this understanding. It was only once I thought to ask, "Do you not find my body sexy?" instead of simply, "Don’t you find me sexy?" that he could articulate the difference. These weren’t conversations we wanted to have, but they were necessary. And I know that it’s our ability to talk about the hard things that is really the strength of our marriage, that this matters far more than who reaches for whom in the night.

It would be a lie to say that I never miss the flash of longing in a lover’s eye, the low growl of desire near my ear during lovemaking, the thrill of being wanted, urgently, by someone. The opportunity to say yes instead of to ask, would you? The quiet pleasure of acquiescence to someone else’s need.

A man I know only a little sits next to me in our local coffeehouse. He looks at the title of the book I’m reading, which just happens to be Jack Halberstam’s Female Masculinity, and says in a low voice, I never can figure out if you academics make everything sexy, or if you take all the sexiness out of everything. By the way he leans in further than he needs to when he speaks and holds my eyes after he’s done, I recognize that he’s making a pass. It occurs to me that he may not know that I’m married; he’s only the friend of a friend, and I’ve stopped wearing my ring because I tend to fidget with it in a way that gets on even my nerves. So I smile and say, It’s probably a little bit of both in my flirty voice and lean in for just a moment to enjoy the sparkle in his eye, the way he’s looking at me. But then I lean away again and say, But, really, it’s probably more of the former because I am married, happily so, and have gotten everything I want from this encounter.

In our early days, before my husband could articulate the ways in which he both did, and did not, feel desire for me, we sometimes fought about our sex life. I’m tired of always having to be the one who makes the first move, I’d say, and do you think I’m ugly, and of course are you sure you love me? And he would say I’ll try to be better about that and of course not and more than anything, because you’re my person. And we’d make love that night because he’d reach for me, and then not again—sometimes for weeks—until I reached for him.

In my mid-twenties, I had an affair with a man who had just turned sixty. He was not a handsome man, but he was kind and funny. When we were in bed together, he would marvel at the smoothness of my skin, the tautness of my muscles, the rise of my breasts, and the tiny swell of my belly. He could lie beside me for hours at a time, just tracing the length of my spine with his fingers and whispering, you are spring come to sweeten my old age. And although I didn’t find his body sexy, I craved his touch and the way he looked at me, amazed, as if my body were a gift I brought to him each time we lay together. It was a good love, and for many years we were happy until life took me to places where he couldn’t follow.

I tell my husband, I’m writing an essay about what it’s like to be a person who is older and plain married to a person who is younger and beautiful. About what it’s like to be married to someone who doesn’t find my body sexy. Part of me wants him to say, Don’t be ridiculous, you are beautiful and of course I think you’re sexy but instead he says, I love you. I read him the paragraphs that were hardest to write and say, does this sound fair to you? He says yes when some part of me had been wishing he would say no. On another day, it might scare me that we are so free to say these things, that they feel so immutably part of how we are together. Today, though, it’s a relief. I have seen other women turn over their lives to hiding the truth of their aging, chasing the desire of a man, and I have neither the time nor the inclination for that. This is my body, and I live in it more happily than I would endure the awful things I’d need to do to make it appear young again; the plastic surgeries and starvation diets, the trips to the salon and the cosmetic dentistry. Where the years weigh heavily on me, it is because they were good years lived well, and I have no desire to make my history invisible.

The afternoon sun filters through the blinds and illuminates my husband where he lies in our bed after our lovemaking. His fine long legs and his delicate hands stick out from the tangle of our blankets, and he rests his head on my shoulder. I love you, he says, and I trust this. I love you, too, I say, and wrap my arms around his shoulders. And, although this is not the passion I am used to, it’s still passion, and the heat of it is not diminished simply because I was the one who struck the match.

Sarah Einstein teaches creative writing at the University of Tennessee at Chattanooga. Her new book, "Mot: A Memoir," was awarded the AWP Prize in Creative Nonfiction and has just been released by the University of Georgia Press.